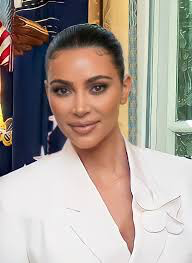 Kimberly Noel Kardashian is an American socialite, model, media personality and businesswoman. She first gained media attention as a friend and stylist of Paris Hilton, but received wider notice after the sex tape Kim Kardashian, Superstar, shot in 2002 with her then-boyfriend Ray J, was released in 2007.

Longtime friends became a lifelong partnership (and one of the hottest couples on the planet) when Kanye West and Kim Kardashian became romantically involved in the spring of 2012. Since then, we've watched Kimye experience the joys of marriage and parenthood and now a split, as Kim filed for divorce in February 2020.

Kim has made it clear to her family that what happened to her was not good and she is not going to allow this to happen to any member of her family because it is painful what she is going through.

She was also supported by her sister “Khloe Kardashian” that ``Most men are not trashing the mother of their kids like that publicly." Feeling similarly, momager “Kris Jenner “chimed in and assured Kim that she has "done nothing but be great to him."

From my own point of view I think Kim was saying this because she was feeling sorry for herself after what she has gone through in her relationship with Kanye West.

Top 5 Famous People Who Predicted Their Own Death