After saying something, a photo of DJ Maphorisa appeared on social media and sparked discussion in the comments area.

One of the most accomplished and versatile musicians South Africa has to offer is Themba Sonnyboy Sekowe, also known by his stage names "Dj Maphorisa" and "Madumane," who is not only a successful DJ but also a music producer and an influencer.

Before becoming well-known as a member of a house duo named " Uhuru " signed under one of Mzansi's most renowned record companies called " Kalawa Jazzme," DJ Maphorisa began recording music at a young age, in high school.

He has collaborated with several musicians throughout the course of his long career in the music industry, including "Busiswa, Kwesta, Wiz Kid, Drake, kabza De Smallz, Sha Sha, and many more."

In addition, he has promoted internationally known famous musicians like "Something Soweto" and "Mlindo the vocalist" using his significant platform.

His tireless efforts have not only helped him establish a permanent niche in the music industry but also a record company of his own called "Blaqboy Music" and a sparkling net worth.

Which comes as no surprise that his taste for the finest things in life is at its peaks as he can afford them , from taking exotic cruises to overseas countries , driving expensive cars and wearing some of the finest disigner clothing that money can buy.

And he has done it again with his recent photo , whereby he asked his supporters to calculate the some of his entire attire.

The following content is supplied from twitter.com and here is the link / source : 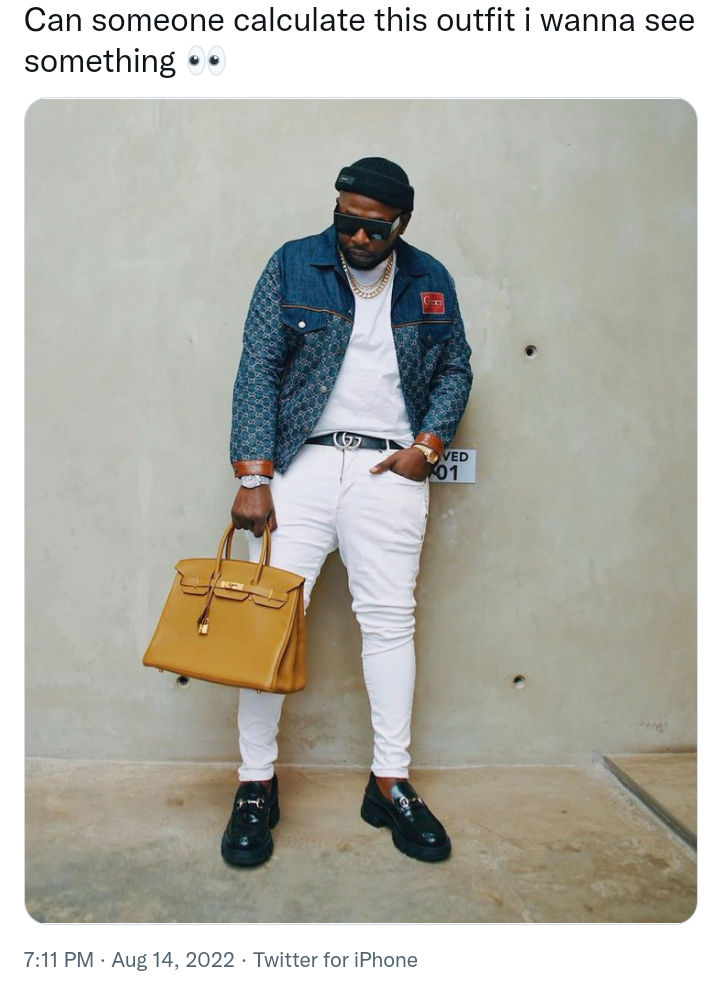 You have just reached the end of the article , and don't forget to stay tuned in for more entertaining articles updated on a daily basis.