Another group claims to hold the Zulu throne

By Thabiseng (self media writer) | 1 year ago 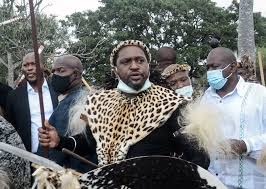 This week, the Zulu royal court was shaken by the discovery that a third faction is seeking the throne, even though King Misuzulu is already on the throne, but without an official coronation.

In the latest fight which is waged by three royals led by Princess Nomkhubulwane working with Princess Nomvula O’Meara and Princess Mhlengi Zulu, a 19-year-old royal, the matter is no longer about the will of the late King Goodwill Zwelithini and the late Zulu Queen Regent, Mantfombi Dlamini-Zulu.

Today it is about how they lost their throne over a century ago to British colonialism when it intervened to give it to someone that would not threaten it.

A first step in going for the throne was the writings of the three to Premier Sihle Zikalala and Prince Mangosuthu Buthelezi, the traditional prime minister of the Zulu monarch.

The three royals of the royal houses of Qambushilo and KwaKhonele in Nongoma wrote a memorandum dated June 3 stating they "wish to take our rightful place as Zulu kings".

According to their history report, as contained in the letter, if Zulu monarch traditions and history were not overturned in 1913 when King Solomon KaDinuzulu died, Prince Magangane George Zulu, who was 16 at the time, should have been king, not King Cyprian Solomon, the father of the late King Goodwill Zwelithini, followed by King Misuzini.

Our belief is that the rightful heir must come from the House of Qambushilo... We are supportive of Prince Mhlengi Zulu as the rightful heirs," says part of the letter to Zikalala and Buthelezi.

"Khubu", the princess of the royal court, confirmed that the letter was authentic and it does not find any joy, she said, "we will go to the end of the world to see that historical redress is achieved" including a court process.

King & Queen would now be facing a second court fight should the threat to go to court materialize as the present-day queen and two daughters of the late king Goodwill Zwelithini, who had been the first wife of Goodwill, are in court., Princesses Ntandoyenkosi Zulu and Ntombizosuthu Zulu-Duma have already lodged papers before the provincial high court.

In opposition to King Misuzulu's coronation, they want the throne taken away.

Namkhubulwane suggested that at this moment it should be Prince Mhlengi Zulu, not the king.

The king should be Prince Mhlengi Zulu, a young and intelligent 19-year-old prince. Nomkhubulwane's wisdom, his love of reading, and his connection to nature make him stand out.

However, Andhelezi's office denied receiving a letter about the demand for historical redress.

Content created and supplied by: Thabiseng (via Opera News )