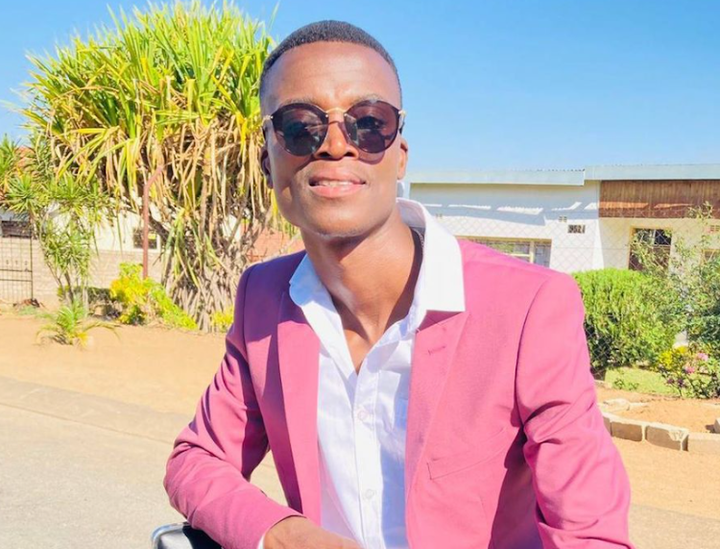 Monada toasts to his achievements"/>

When Limpopo-born superstar King Monada tweeted a photo of his lavish automobiles and massive house, the Twitter streets were split, with one half green with jealousy and the other half filled with inspiration.

Monada came to Twitter and published a photo of himself openly counting his blessings, demonstrating that dreams do come true.

In typical celebrity form, he has offered his admirers a behind-the-scenes look at his wealthy life and has never shied away from exposing his lavish expenditures.

"Nice Home, Nice Cars, Happy Family, Successful and Independent," he captioned the photo. "Dreams do come true," says the megastar, who is overjoyed with his achievements.

He specified a year later than 2022 as the expected completion date when he laid forth his ambitions to build his dream home. However, the Limpopo-born hitmaker now has plenty to be proud of, and he has raised a glass to salute his accomplishments.

The artist has been taking his fans on a tour of his ideal home, sharing every brick and mortar detail with them. He stated that after the estate is finished, he would have a housewarming party in 2035.

DJ Shimza and Zakwe praised Monada on his Facebook post, and the star responded by saying he was inspired by Shimza. 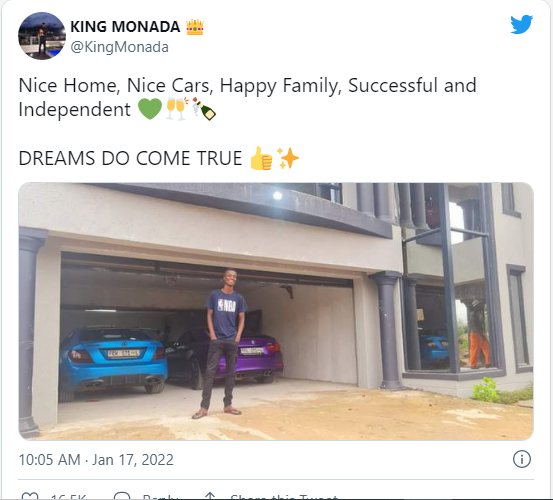 King Monada has been trying to build a name for himself for years until breaking into mainstream media in 2016 with his popular song Ska Bhora Moreki.

With songs like Idibala and Ghanama, he's cemented his reputation as a hitmaker.

FROM KASI TO RICHES: Famous Mzansi actress who are millionaire in real life

Busta 929: Allegations on impregnating a 17-year-old causes a stir on Twitter

Pabi Cooper is currently fighting for her life in hospital

Busta 929|| Are influencers and social media to blame for teenage pregnancy?