Anaconda: What The Horror Movie Gets Right (& Wrong) About Real Snakes

By Hot_Entertainment (self media writer) | 15 days ago

Anaconda portrays the titular snake as a massive and fearsome creature. Here's what the horror movie gets right (and wrong) about snakes. 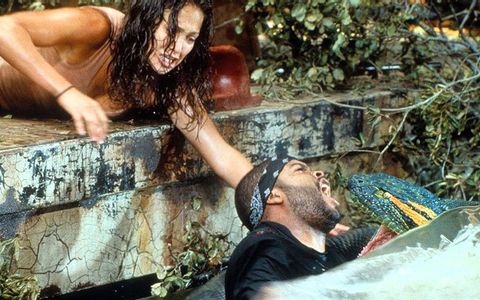 ﻿Anaconda likely ignited a phobia of snakes in its audience, but how much did the horror movie actually get right and wrong about the real creatures? The horror movie portrays snakes, specifically anacondas, as monsters of near-mythical proportions. While much of that was exaggerated for the sake of drama and scares, some of the movie's canon is rooted in truth.

Released in 1997, Anaconda follows a documentary filmmaker, Terri (Jennifer Lopez), and her crew as they travel to the Amazon to film a local tribe. They come across a man named Paul (Jon Voight) who is stranded on the riverbank. Once they rescue him, he claims he will help them track down the tribe. Little does the documentary crew know that he is actually using them to hunt down a legendary — and deadly — anaconda.

Anaconda's titular snake is so large and exaggerated to the point that its presence often feels comical. Due to that larger-than-life aspect, the film never became the serious horror movie it strived to be. Let's take a look at how Anaconda utilizes snakes and why, sometimes, less is more.

Anaconda Exaggerates Most Of Its Facts About Snakes 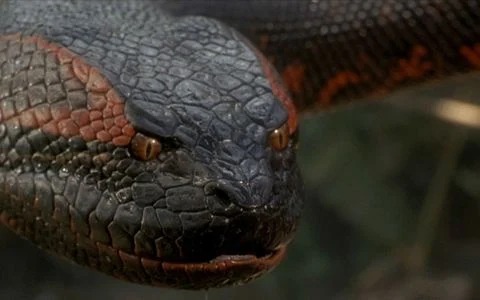 Anaconda builds up the monstrosity of its snake from the scene's first moments. The horror movie kicks off with crawl text that provide scientific facts on the anaconda that are clearly intended to scare its audience. Those opening words are actually rooted in fact, for the most part. Anaconda states that the titular snake can get up to 40 feet long. That's technically true, but highly unlikely. While anacondas are incredibly long creatures, they tend to max out closer to 33 feet in length. 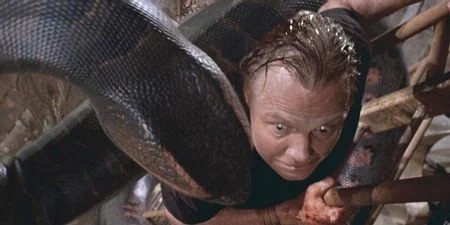 One of Anaconda's most iconic scenes is teased in the opening crawl text as well. The movie states that these snakes will swallow their prey whole and regurgitate it, only to consume it again later. The text says that anacondas do so to kill their prey again; this is demonstrated later in the movie with Paul's death. The horror movie creature kills him, then regurgitates him to pursue Terri. In actuality, when an anaconda swallows its prey whole, it takes a long time for the creature to digest it. Often times, it will retreat to a secluded location to do so in peace. If a snake is in a fight or flight situation, it may regurgitate its prey before eventually digesting it. That way, it's not weighed down and will be more mobile. So, Anaconda was technically scientifically accurate by having the snake do this prior to chasing Terri. But, in reality, an anaconda would've done this to be quicker in its pursuit, not for the sake of swallowing Paul—its victim—again

Anaconda's snake scares work on an ironic level. They're too over-the-top to actually be scary, so the movie falls into the category of so-bad-it's-good, even though that was never the horror movie's intention. Anaconda would have been better served if the scenes with the snake were scaled back a bit. As referenced by classic horror movies like Jaws, which still hold up to the test of time, a creature like an anaconda would have been scarier if it was portrayed in a more subtle nature, not as an over-the-top, Godzilla-like creature.

Pirates To Complete Signing Of Dream Striker After Chiefs Fallout