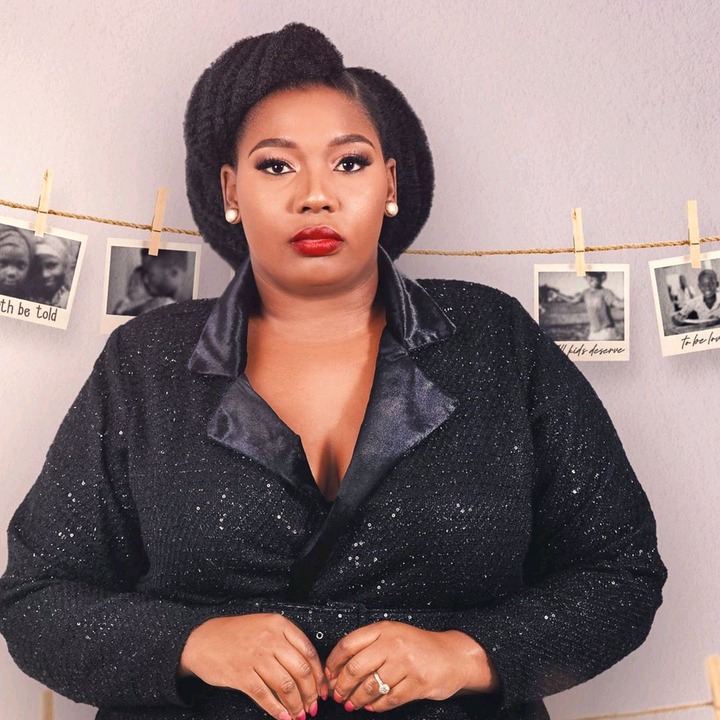 Makhumalo and Laconco have been at odds with each other since the first episode in which Makhumalo was introduced to The Real Housewives of Durban. It has been a long time since the two of them have seen eye to eye, and they are delighted to see each other again at the reunion. It is Thobile MaKhumalo who is demonstrating to the country who and what LaC is truly about. Laconco has been tormenting Makhumalo from the beginning, and he has bullied him left, right, and center. To be honest, the way Makhumalo handled the situation was well received. She was politely honest and said nothing but the truth. 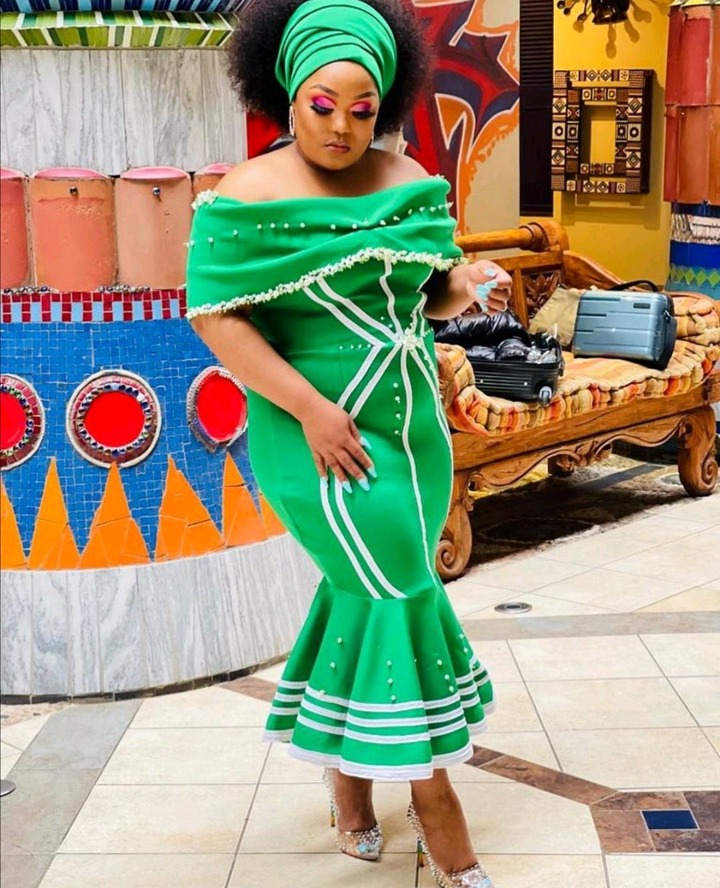 Makhumalo is the girl she believes herself to be. The strength with which she stood her position, as well as the grace with which she communicated, impressed me greatly. What MaKhumalo did to Laconco will never be undone; she treated her with such respect and dignity that she will never be able to forgive herself. Despite the fact that Ms Petal believes that everyone is terrified of her, and despite the fact that LaC is skilled at faking and lying to the point where she believes her own falsehoods, she was unmoved. Makhumalo is not here to make things right or to provide false hope. She allows Laconco to create an opinion about her while remaining silent, and then she hits back immediately once she has concluded that she is a pushover. She does not initiate the conflict, but she is the one who brings it to a close. A valuable lesson I've taken away from this woman throughout the course of the season is that it's acceptable not to fit in or stick out, as long as you are true to yourself and know who you are. 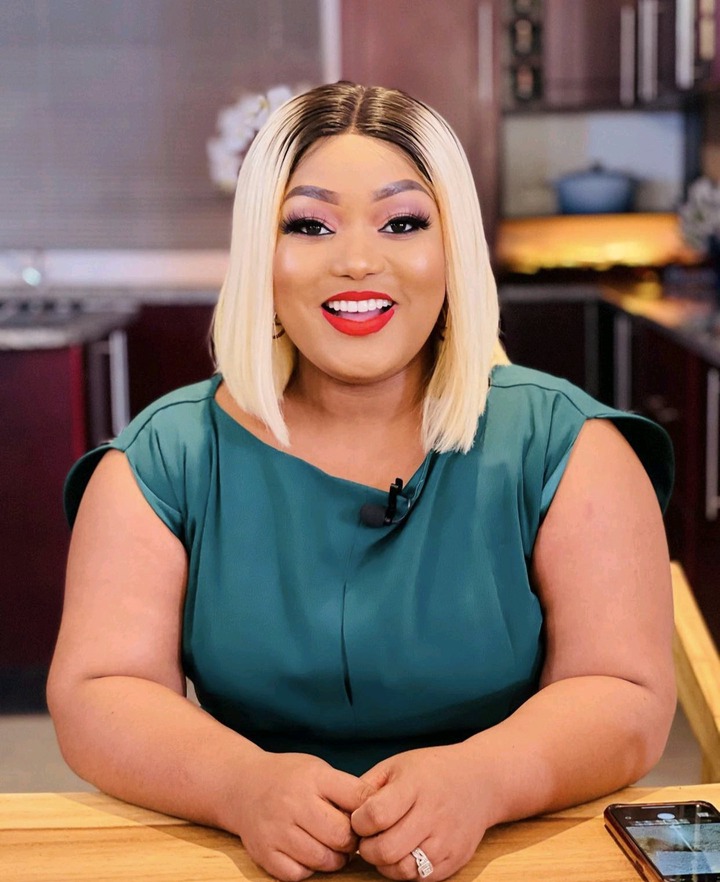 Until Nonku confirmed MaKhumalo's story, LaC and Mabusi were adamant in their denial that they were chatting about Sorisha. When Mabusi realized that they had made a mistake, she apologized to Sorisha as quickly as she could. If it hadn't been for Nonku coming in to prove Makhumalo was telling the truth, Mabusi LaC would have been ready to reject everything and make Makhumalo appear to be a liar. 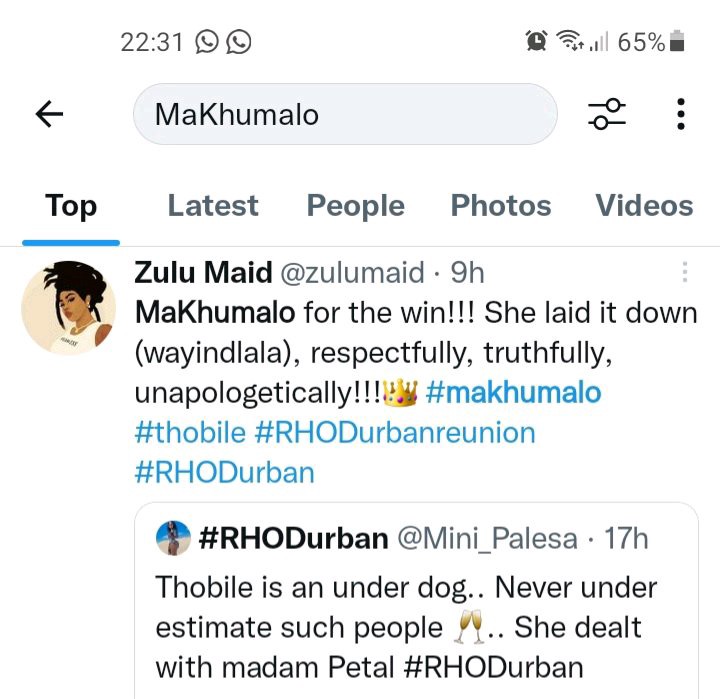 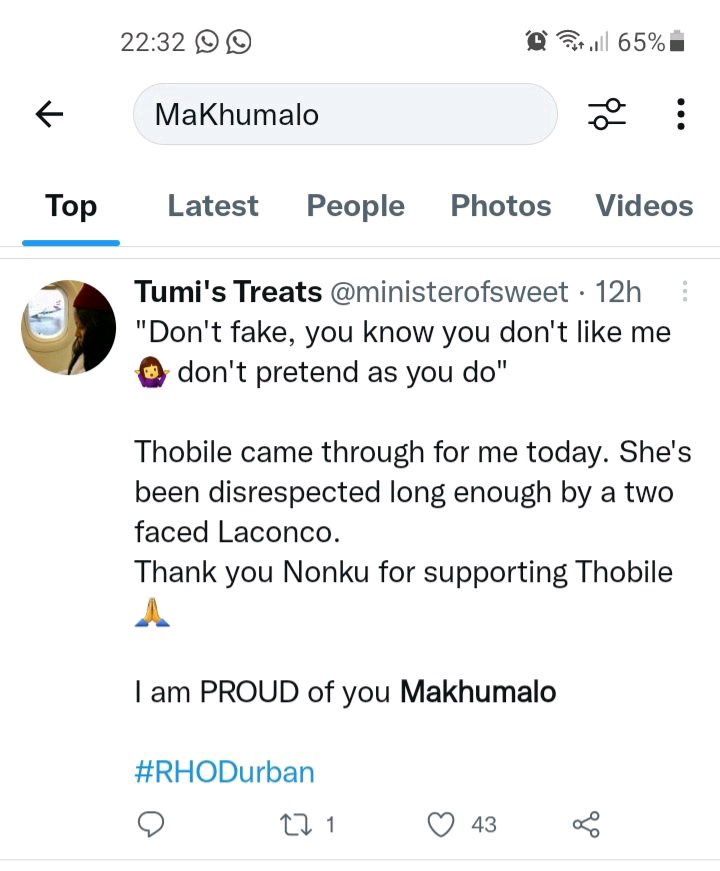 t is thanks to Nonku that Makhumalo is revealing the truth and that he has come out clean. LaC and Mabusi were on the verge of making Makhumalo appear as though she was telling lies since they were adamant that they didn't say anything. LaConco is a liar and a liar who puts forth great effort to appear mature even when it is not necessary. Annie is childish, and it runs in her family, but you can't get away from the reality that she sticks up for what she believes in. MaKhumalo kept true to herself and her character throughout.

Content created and supplied by: ITEM_7Go (via Opera News )