Ngizwe Mchunu Might Go Back To Prison On June. 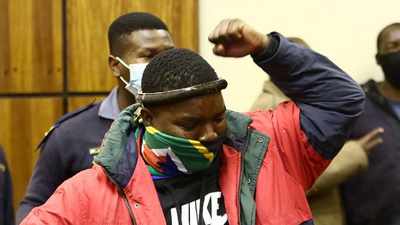 The trial of former UKhozi FM presenter Ngizwe Mchunu has been postponed to June this year.

He appeared briefly in the Johannesburg Magistrate's Court in Randburg on Friday morning.

Mchunu, who made a name for himself on Sigiyangengoma's radio program which is a traditional show that's normally goes live every Saturdays from 9 am to 12pm , was accused of inciting violence which led to riots in KwaZulu-Natal and even in Johannesburg on July last year .

His case has been postponed for further investigation into the case.

UMchunu is also accused of desrespecting the law because police were looking for him and he was not found for couple of days until he handed himself.

Mchunu was remanded in custody and released on bail.

He has made a name for himself with his term: Azikhale, which he is accused of inciting violence in the community.