OPINION: If John Maputla had to choose between Meikie and Kwaito, he should choose this one 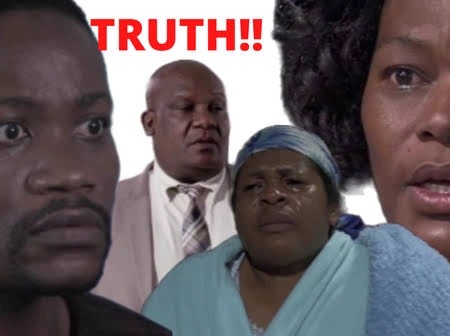 John Maputla recently found out that Kwaito Seakamela is his son. The news of Kwaito being John's son didn't sit well with Meikie, and she acted in an impulsive way. She tried to get rid of John's illegitimate son by shooting him and his mother MaNtuli. They both ended up being hospitalised, MaNtuli ended up in a wheelchair, she was handicapped for a few weeks. Meikie was arrested and later realeased on bail.

At the moment Meikie has a pending trial and she is scared to go back to jail because Bra Sikes told her that he will finish her off in prison. When Sikes said this it rattled Meikie a lot and she is fearing going back into prison. Even her husband John ended up asking Sfiso to ask her sister to drop the charges. But Sfiso refused and he told John that Meikie must go to prison for her crimes.

Now Meikie has no choice but to face the music. Yesterday Meikie came up with a thought that if John gets subpoenaed by the court he will testify against her. Even Leeto agreed with his mother's statement, he said "He will choose Kwaito over you cause even now he keeps choosing him over you." This didn't sit well with Meikie, she confronted John about this and he failed to give her a straight answer.

John is Meikie's husband and we all expect him to stand with his wife through thick and thin. Meikie is in this mess because of John's infidelities. And he should understand that.

But if John has to choose he should choose his son. Kwaito grew up without a father and John should make up for the lost time. Kwaito needs his father now more than ever now that the trial is about to start. Meikie should be punished for her crimes cause it looks like she is not even remorseful for what she did. John should choose Kwaito over Meikie.