By CloudZero (self meida writer) | 23 days

Mthokozisi Khathi (born August 24, 1976) professionally known by his stage name DJ Tira, is a South African DJ, record producer and Kwaito artist. Born in Hlabisa and moved to Durban as a child.

He rise to stardom in 2000 after he won the prestigious Smirnoff SA DJ Knockout competition. He is part of the collective that discovered the Gqom music genre, which became popular around 2017.

On August 24, 2020 he released his fourth album 21 Years Of DJ Tira and was certified platinum by the Recording Industry of South Africa (RISA) album include chart-topping singles "Nguwe" and "Uyandazi", which peaked #5 on iTunes Chart and #31 on Apple Music Chart.

He became interested in becoming a DJ while still in high school, and he began performing as a DJ in 1996. In 2001, he released his first album, Real Makoya, a compilation album co-produced with DJ Khabzela. He signed a record contract with Kalawa Jazzmee in 2005.

Tzozo En Professor was his first band, and he later formed Durbans Finest with DJ Sox, which was also signed to Kalawa Jazmee Records. He has a background with Oskido, as he was the one who signed him to his first music deal, after which he rose to fame. He founded Ezase Afro, which later became independent of Kalawa. Tira and Sox collaborated on a series of compilation albums titled Durbans. 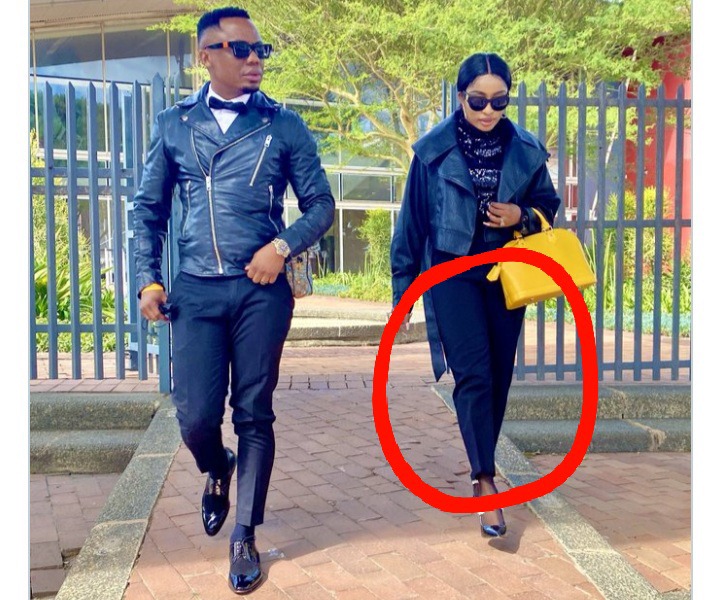 One thing that people have associated DJ Tira's Wife Gugu Khathi with is drama and that is probably because of all the things that have been said about her.

You might remember this, there was some incident where Gugu, allegedly assaulted someone and this could mean that people already have a certain perception about her. 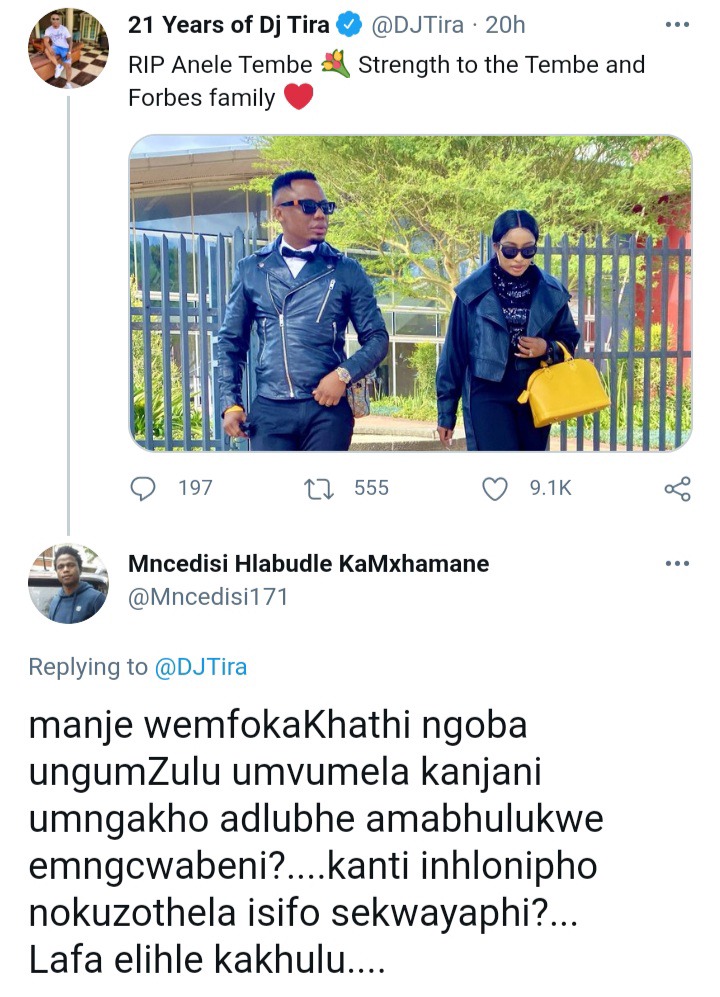 So, what happened here is that DJ Tira and wife, Gugu went to AKA's fiancée Nelli Tembe's funeral yesterday. And as you might know, nothing goes unnoticed on Twitter, they saw that Gugu did something unusual.

It turns out that Gugu was wearing trousers, instead of a dress, this immediately caused a stir after some people tweeted about how disrespectful she was for doing that. 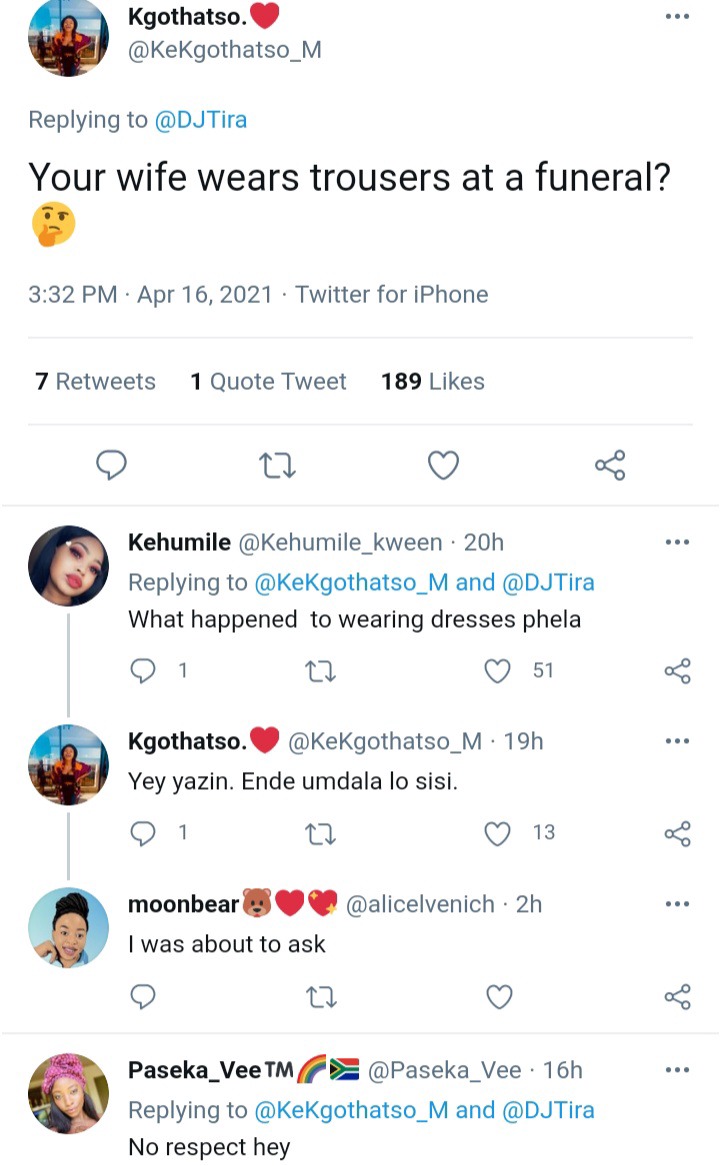 Now, according to a lot of people's customs and traditions in South Africa, women are expected not to wear trousers at funerals, this is a sign of respect.

A lot of people have seen it inappropriate for a woman to wear trousers at a funeral, even so, there are those who argued that times have changed, we no longer do things the way we used to. 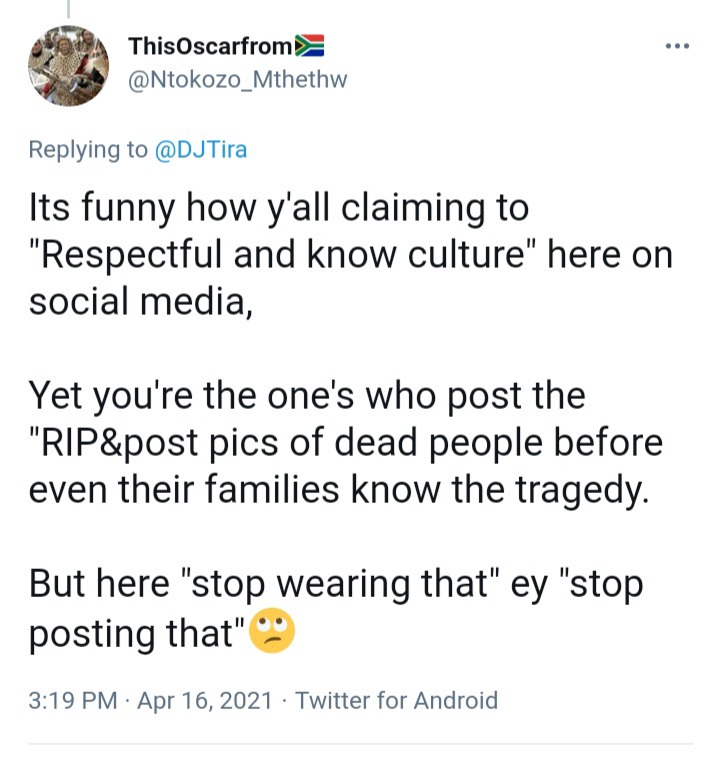 Many people were probably curious about this subject, but there were some who were adamant about what they were saying: they didn't like Gugu wearing trousers to a funeral.

There had been mixed responses, but many people seemed determined to keep things the way they should be when it came to tradition. 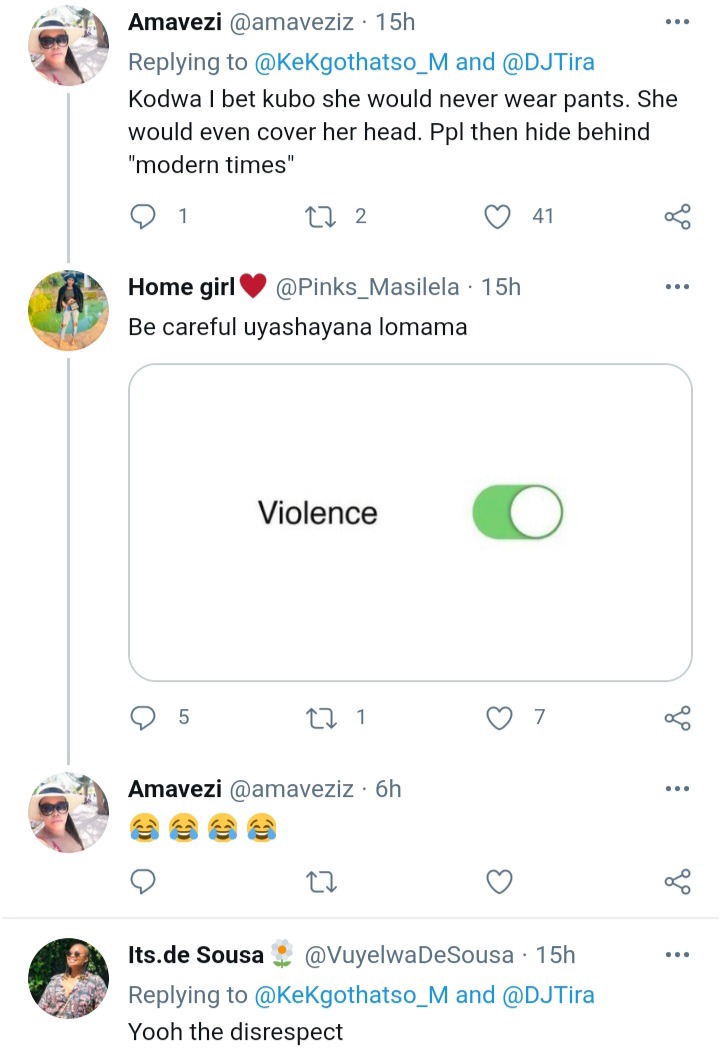 They were all bashing Gugu on Twitter, with certain saying we are indeed a wasted generation who should not change also because society has changed.

Then there was a question directed at DJ Tira, who was asked how he could allow his wife to attend a funeral in trousers. And perhaps the issue is whether Gugu would have worn trousers to her in-laws' home. 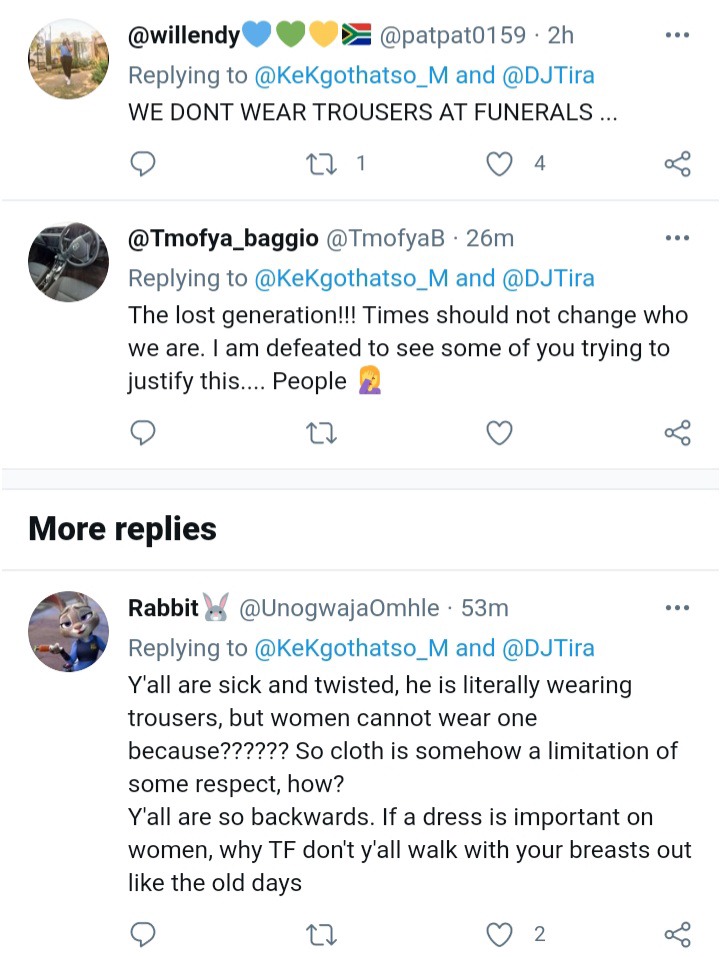 Another issue was raised, and it seems that this discussion will continue for some time, given the nature of social media.

Given how complex this subject can be, they can disagree and still be unable to reach an understanding at the end of it all. What are your thoughts on this? 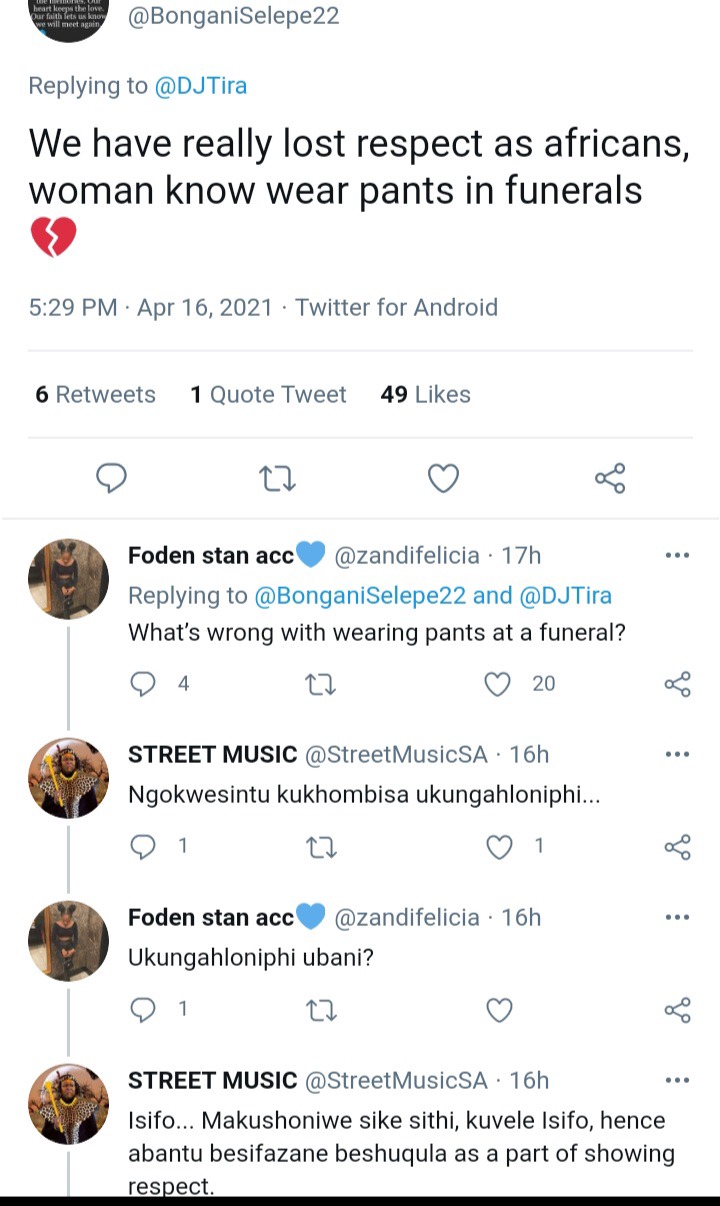 Watch: A sad video of a Boy who looks exactly like a Monkey