By Candylee (self media writer) | 4 months ago

Fans couldn't believe their eyes when they saw Mdu recent photo, in which he appeared to have aged.

DJ Ganyani was celebrating his 53rd birthday today, and he invited his buddies to the dinner. DJ Ganyani is a legendary DJ who has been in the entertainment industry for decades, producing a lot of hit songs and collaborating with some of Mzansi's biggest musicians.Many people were delighted to see him after he had been absent from our screens for some time. 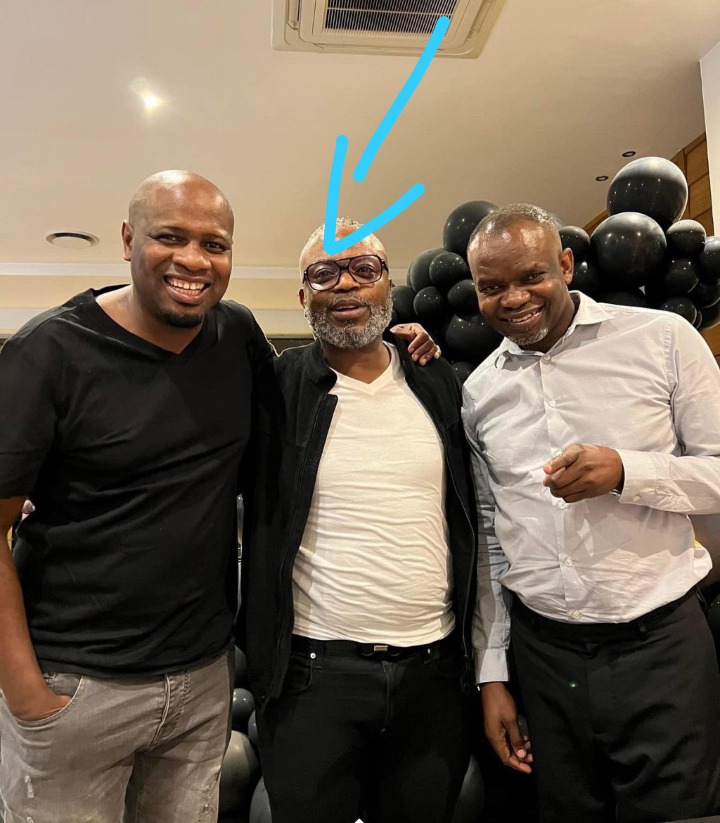 His most recent popular song, Xhibankovu, garnered headlines and was unquestionably a hit song; however, nothing has been written about him since then until now. 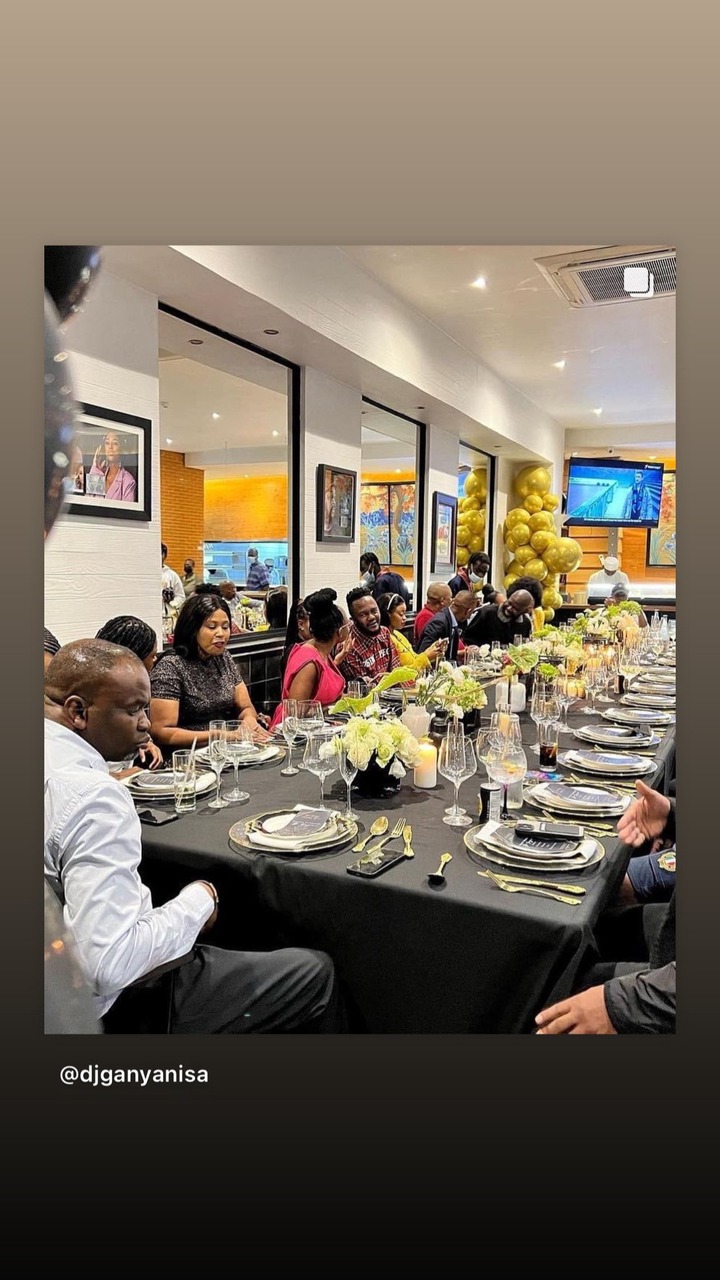 On January 19, he turned 53, marking 38 years since he first began learning to DJ.

He has taken De Mogul SA under his wing under Ganyani Entertainment, and the Mafikeng-born hitmaker has a total of three hot songs to his credit. 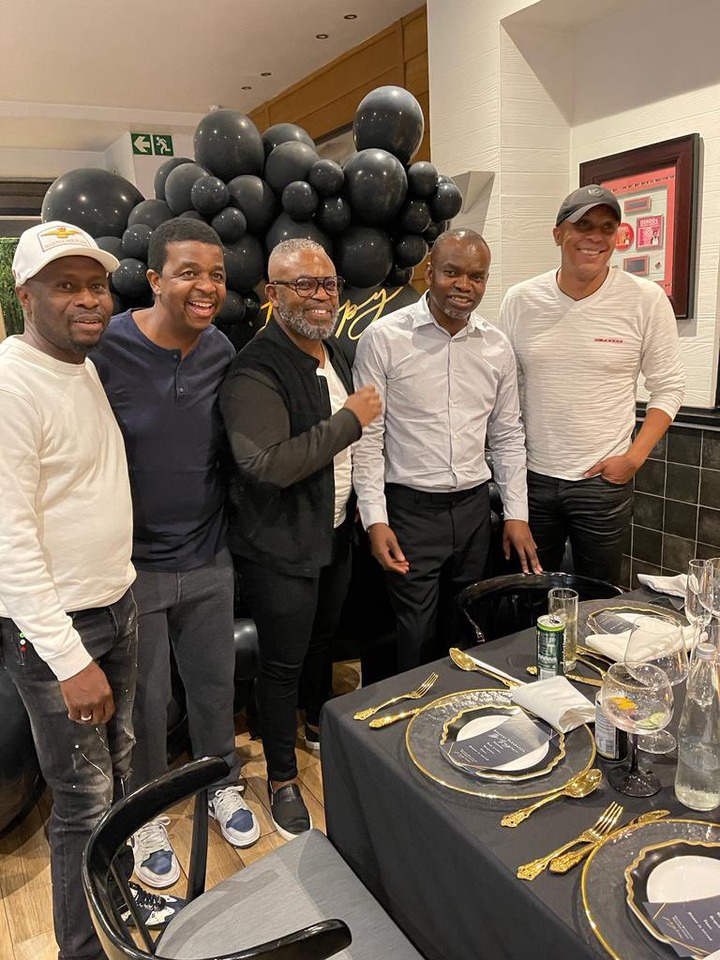 Mdu Masilela, Oskido, and the soccer legend Doctor Khumalo were among the many legendary performers included.

Kwesta and other artists were also spotted enjoying themselves at the table; it appears that DJ Ganyani is a great fan of Kwesta because he was also present at his 49th birthday celebration four years ago.

Dj Ganyani hosts a large gathering for his birthday celebration to rejoice and have fun with his friends and colleagues.People were overjoyed to see him with his buddies, especially the images he took with Oskido, Doctor Khumalo, and Mdu Masilela, which were shared on numerous social media sites. 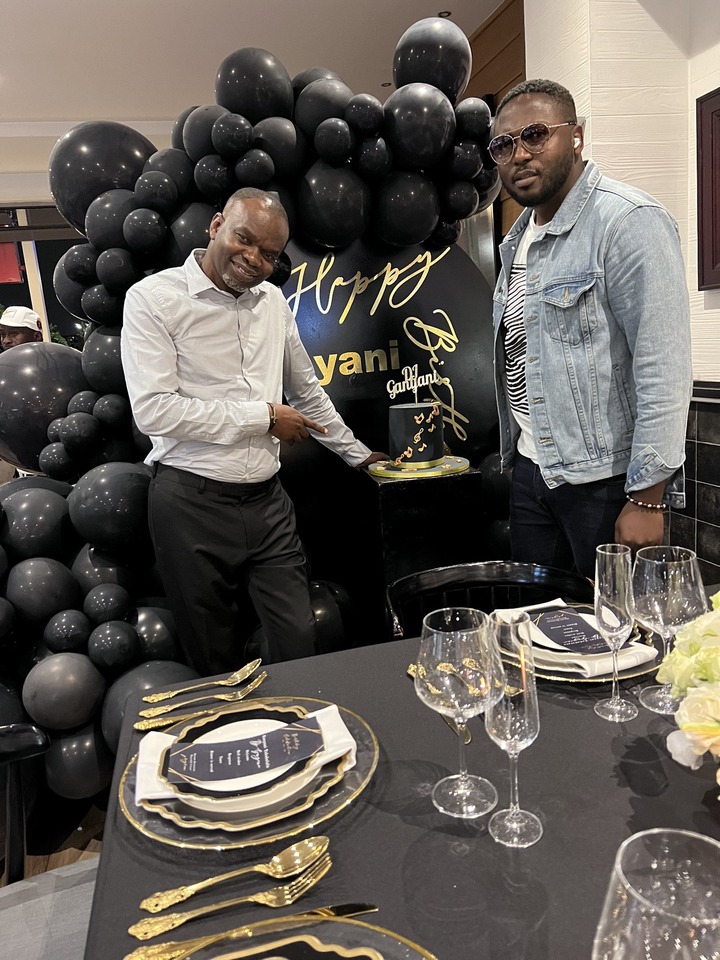 Mdu Masilela is also living a private life, and it is rare to see him performing in public or on television, but today, he astonished many of his fans who had been wondering where he was when he was spotted with DJ Ganyani. 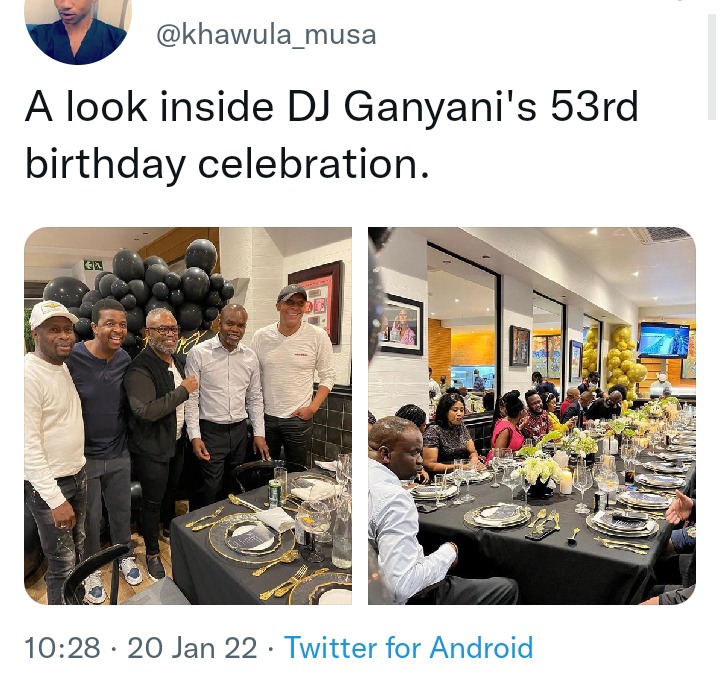 Many people were perplexed to learn that he had accepted to age because it was difficult for some people to recognise him. 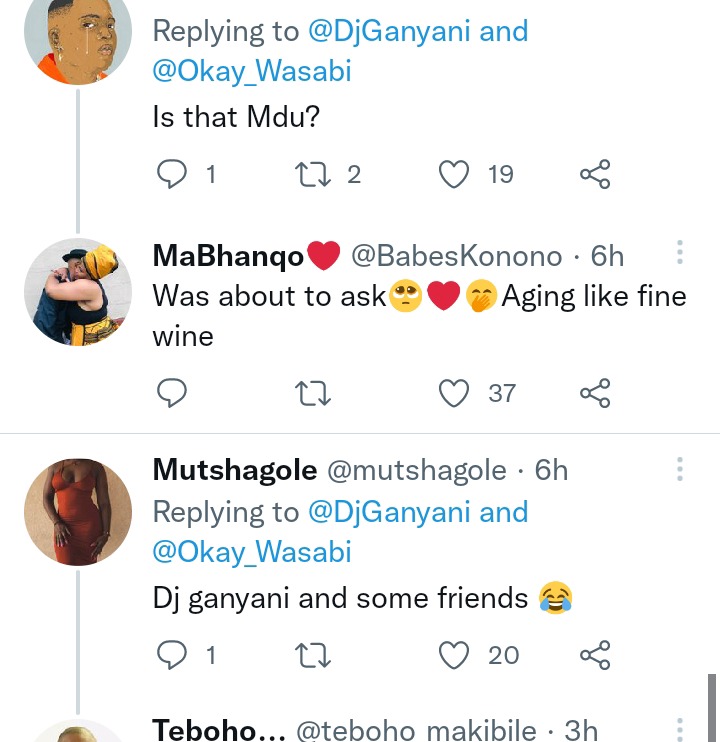 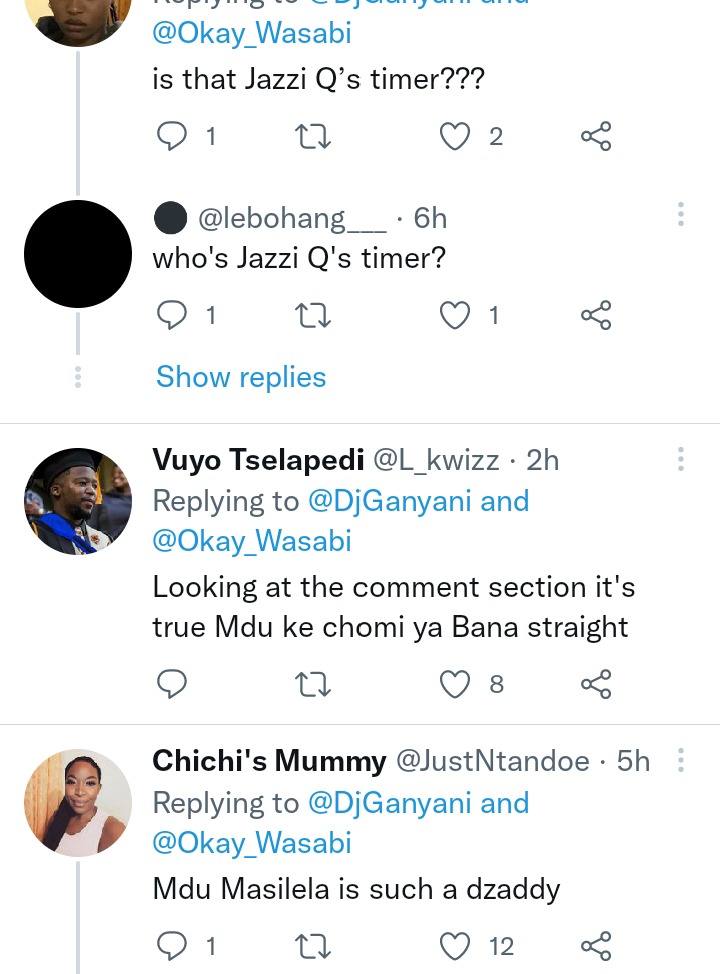 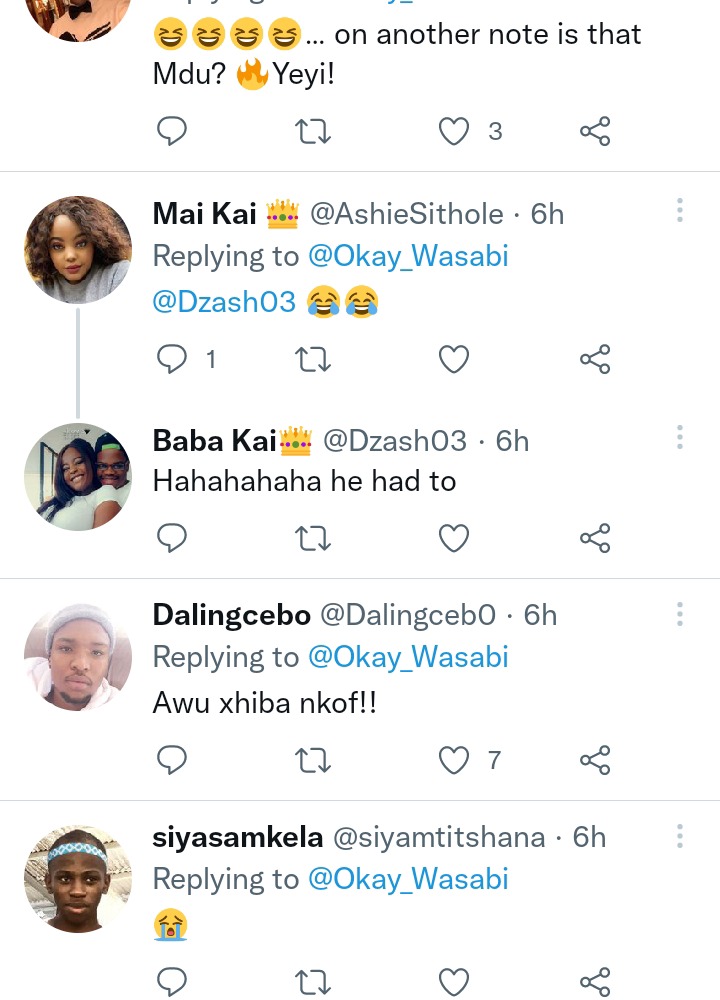 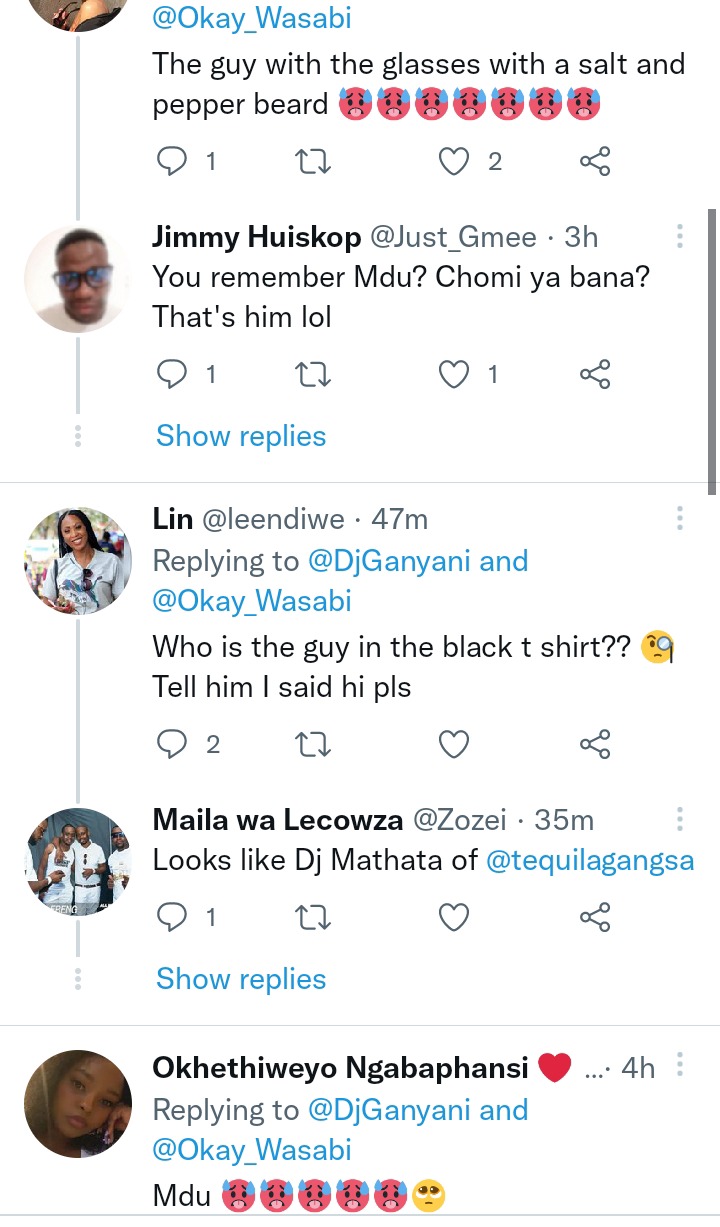