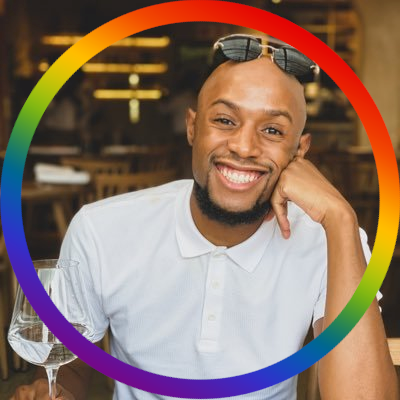 Congratulations are in order for media personality and businessman, Mohale Motoung as he has achieved the biggest award internationally.

This is worth celebrating as it is a breakthrough for him following his ugly divorce with former Idols SA judge Somizi Mhlongo.

In August this year, the news of Mohale suffering from an abuser by his estranged ex husband, Somizi Mhlongo drew many people as it was trending and made headlines.

Mohale accused Somizi of physically and emotionally abusing him and worse when he said that Mhlongo even tried to kill him.

This led to Somizi to be cancelled in many places as he lost his job in Metro FM and Idols SA.

To close a year with a bang, Mohale has received the biggest award for best media personality in Nigeria.

It such a great thing to see such a young man and a media personality working his way high to the top on his own despite noise by people who said he used Somizi to get on top. It's been many months since they splitted, infact their relationship came to an end last year as we had reported on the cracks that were starting to be visible in their marriage.

Fast forward from the ugly divorce, Mohale is getting international recognition now as he continues to build his career and brand as a businessman and media icon.

The young media personality took to social media as he was beaming with excitement to share that he has won an international award, which is the Male personality of the year, which were held in Nigeria over the weekend. 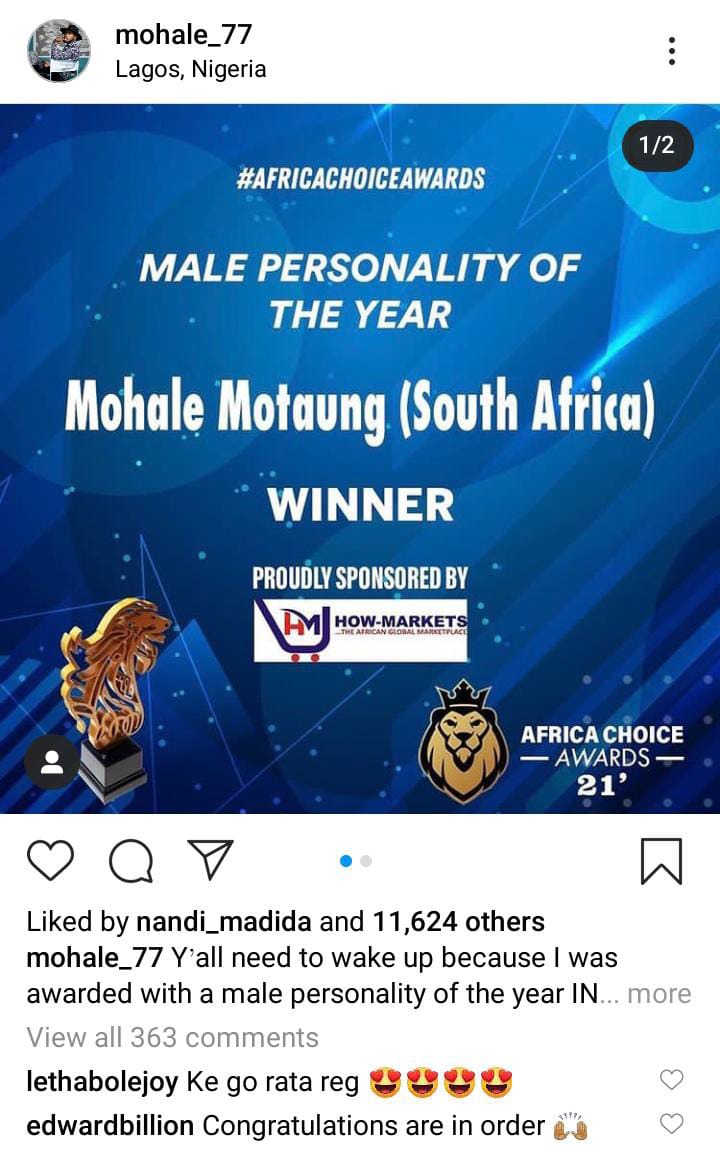 Mohale was full of excitement as he announced that he has won. He posted an image of his award with the caption:

“Y’all need to wake up because I was awarded with a male personality of the year INTERNATIONAL award in Nigeria last night.

"A special thank you to everyone that voted. SOUTH AFRICA, we brought this one home,” said the award winner.

This comes after Motaung asked for his fans to vote for him and help him bring the award home.

Motaung's friends and followers were overjoyed with his accomplishment, and they left comments under his announcement to show him love and to congratulate him for his win.

Mohale was nominated alongside Mzansi's own actor Oros Mampofu and personalities from Nigeria and Ghana, and he came out on top.

The Africa Choice Awards celebrates the brightest talent across the continent. Some of SA's top media personalities, fashion designers, musicians and actors have all received nods in various categories including actor, Mohale Motaung.