Gogo Maweni is a well-known South African doctor, consultant, social media influencer, entrepreneur, and television personality. Maweni once confessed to practising and possessing witchcraft abilities. She is also believed to have bewitched her baby daddies after they failed to pay child maintenance. Maweni is famous for her lavish lifestyle and her herbal businesses. She owns a herbal store and sells jewellery known as Maweni Chakra Online. According to her Facebook profile, Maweni is a gobela at Impande Ye Zulu. She is also famous for appearing in several South African TV shows. 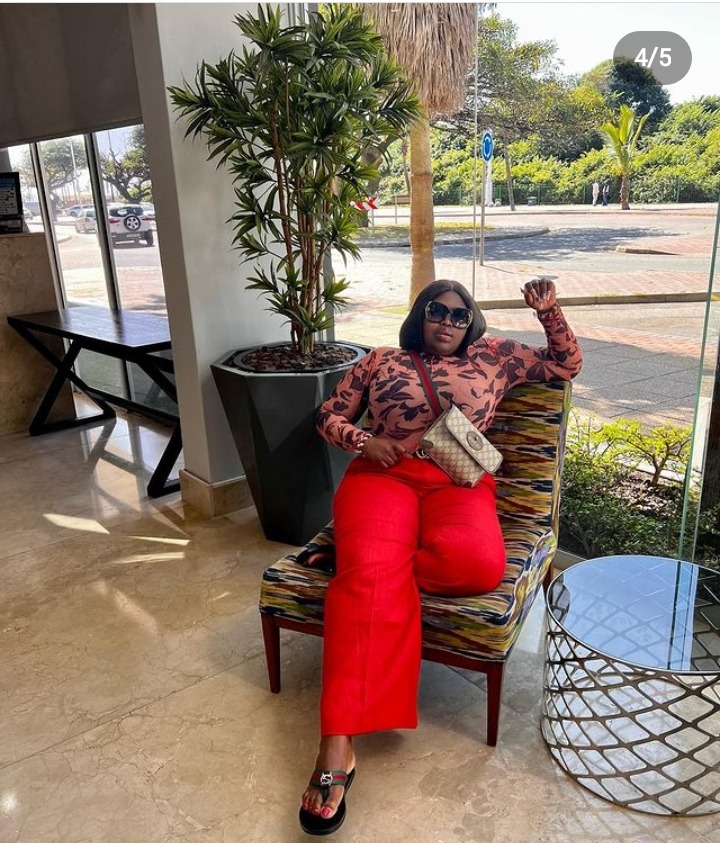 Gogo Maweni once mentioned that she also knows how to perform witchcraft, and whoever messes with her she will deal with them. But knowing people on social media they fear nothing they will bully you and make fun of you even if you claim to be powerful they will still do it.

Gogo Maweni felt that she needed to address this bullying thing after Sbahle Mpisane went live on social media to address bullies saying what they are doing is wrong they should stop it because she also nearly killed herself because of all this bullying. But despite what Sbahle Mpisane said people didn't stop but they continued to make fun her.

Gogo Maweni then decided to threaten people by saying if anyone ever bullied her and said bad things about her on social media she will deal with them the traditional way, she shared a video explaining what she will do, on the video shared on social media she says cyber bullying must stop. And if people ever say anything bad about her she says she is going to make a traditional herb (Muthi) and with that traditional (Muthi) a lot of people will suffer whether boyfriend, job or child. She will show them who she is. It honestly didn't have to get this far. Some people might not take this serious, but people know when Gogo Maweni says something she means it. On one of her video she once said the only thing she needs to perform some sort of ritual or witchcraft on someone is just the name and surname of the person and the job will be done in no time.

So if people think Gogo Maweni is joking she will make an example with someone and it won't be nice, as much as it's not nice when they bully other people on social media.

This will probably stop people from bullying people on social media, because they think this have a right to their opinion.