Teboho Tsietsi Mashinini was the leader of the 1976 Soweto student uprising. A R500 reward was posted for information leading to Mashinini's arrest, but he managed to evade the capture.

Tsietsi came to Liberia running away from the apartheid police that were after him" even before 16 June and Miriam Makeba was living there in the 70s. 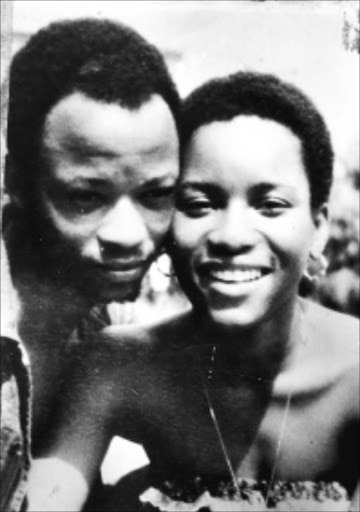 Mariam Makeba's introduced Welma A Campbell to Tsietsi, she was a singer in her band. Welma Campbell was a Miss Liberia at time in 1977. Campbell and Mashinini married, had two daughters, Nomkhitha (named after his mother) and Thembi.

She became an anchor of the newscast at the Liberian Broadcasting System (LBS), produced her own program, Arts and Artists and later headed the information unit at the Mano River Union, an economic group comprising three member states, Liberia, Guinea and Sierra Leone.

1990, De Klerk unbaned all anti apartheid political parties and activitist and apartheid exiles started coming home to their families but Tsietsi Mashinini, came home to his family in a coffin and nobody knows what happened to him but he was killed at the age of 33, She did a lot of documentaries about African issues and most of this documentaries were screened in America. She went on to receive Morgan's African Heritage Award for Botswana: An African Jewel, a documentary about Botswana's economical growth path.

Currently, she is an Associate Professor of Multiplatform Production at the University of Morgan State University, in Baltimore in the United States. She goes by the name of Welma Redd. In 2015, she celebrated her daughter Kiki Mashinini and new hubby Llynsley Rogers-Wright relationship. Lady removed her butt implants due to medical reasons, this caused a stir on social media