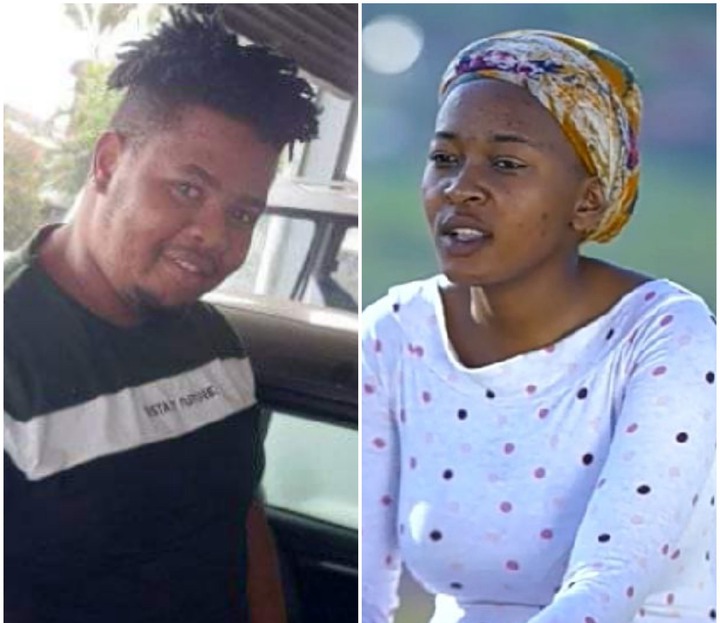 Now, we still do not know much about the lady who will possibly be Siyacela's second wife and of course, this is if Thando will allow it, as it is, we know that she does not like her.

And this must have come as a surprise to some people because the blame should be on Siyacela who is the one who knew very well that there would be problems when he entertains other women. 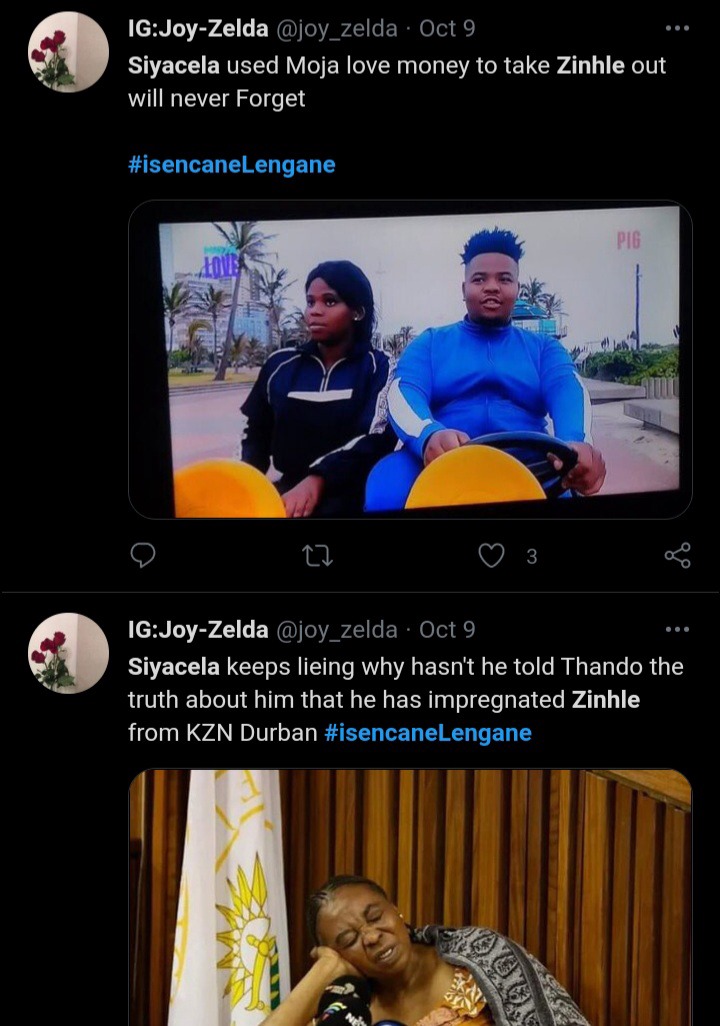 But, Thando does not care much about that, she is ready to deal with the lady, she probably plans on dealing with Siyacela later on. We really got to know something about Siyacela's girlfriend, Zinhle Mbutho about a month ago and Siyacela has never really discussed what he intends on doing, regarding the situation.

There were claims that he would marry her, but this had some people questioning this because he hardly knows how deal with his marriage, how does he intends on dealing with two wives who will, most likely not get along. 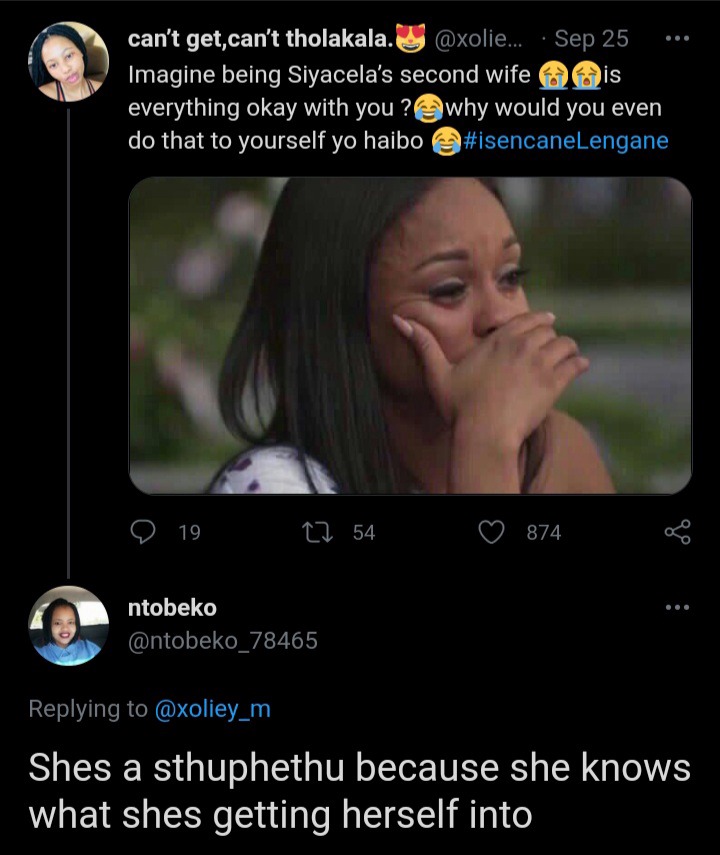 Another thing that has to be asked is, did Zinhle know about Thando when she got into a relationship with Siyacela? If she did, then Thando has the right to be angry at the both of them and even if Zinhle did not know about Thando, people will still think that she did.

But then again, Isencane Lengane is one of the biggest reality shows in the country and Zinhle eventually knew that Siyacela is married if she did not initially. 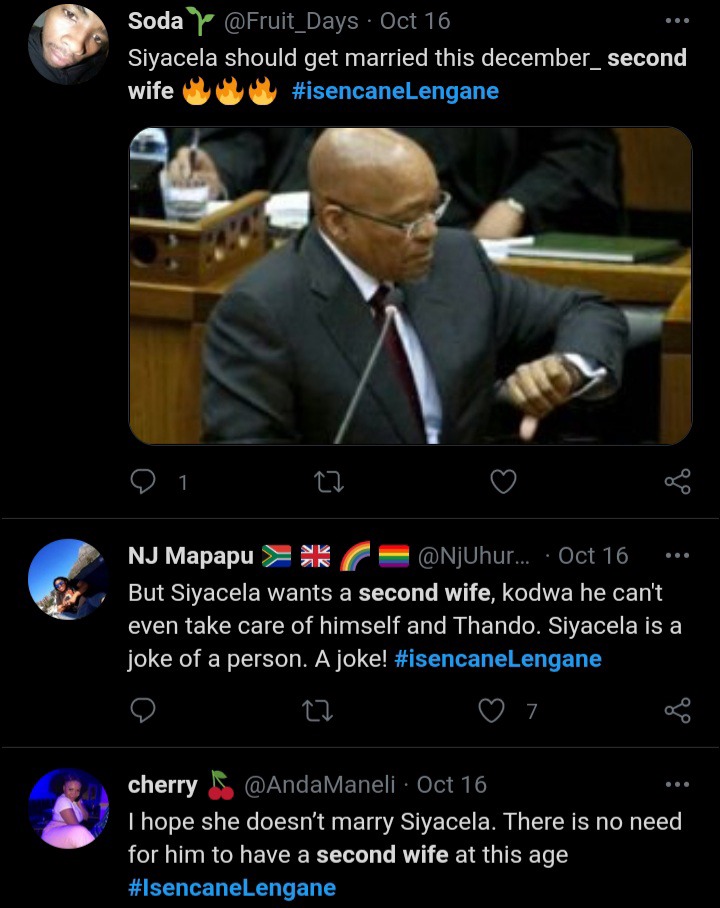 So, she could have done the right thing, she could have removed herself from the situation if she did not want any problems. But, it seems like Zinhle loves Siyacela and she is not willing to give up on him and unfortunately, this has already become a very tricky situation.

Siyacela's family is also involved in all of this and it would not be a surprise if they suggest that he takes Zinhle as a second wife, just to avoid complicating the situation further. 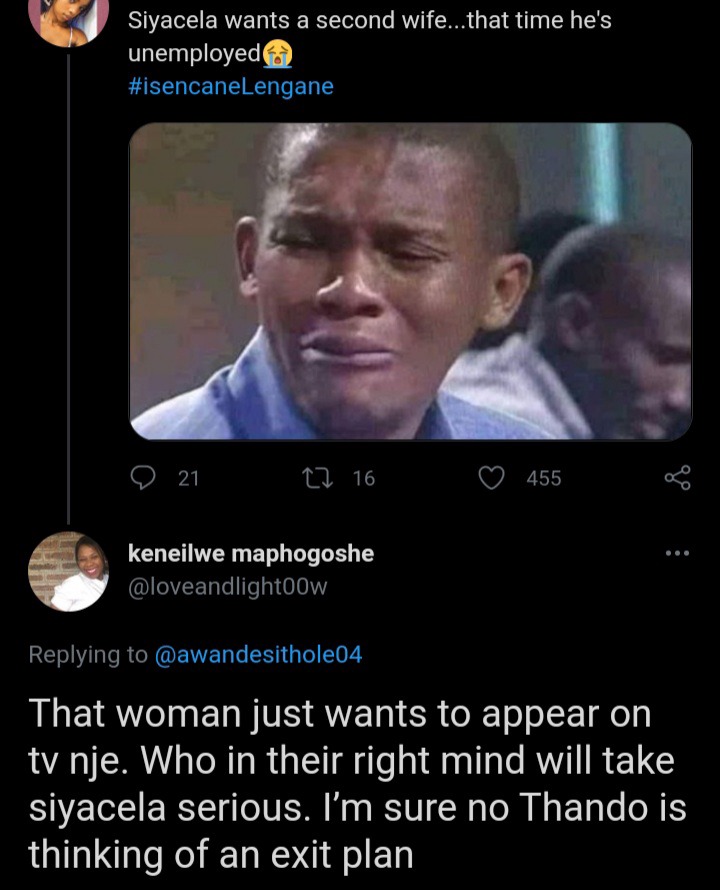 As much as this will be embarrassing for Thando, it is also an opportunity for her to leave the marriage. If she allows Siyacela to take another wife, then he will always play her for a fool, knowing that he will get away with it, that would be sad, but as viewers, there is nothing that we can do.

What do you think about this? Please share your thoughts. Go to https://youtu.be/KYnopw7NdAg for more on this.