There have been news that a black first year student from Stellenbosch University has apparently suffered an apparent racial humiliation. According to reports and a video recording the white student got into a room and peed on the desk of the black student took a video of him. 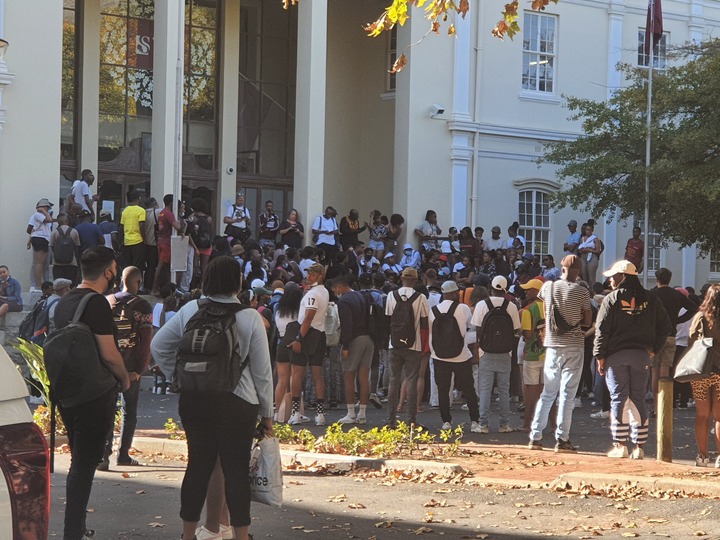 The video has since been making rounds on social media where people have reacted with mixed emotions. Some people have indicated that they are apparently pissed by the calmness of the victim who didn't take any physical action against the perpetrator. 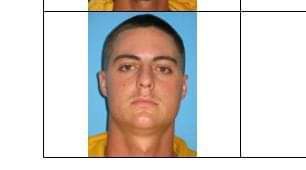 People who strongly believe that racists should be publicly named and shamed went all out to dig information about the culprit. We all know that racism isn't second nature to anyone, it's a learned behaviour so it must be emanating from somewhere. The alleged racist student who is reported to have been suspended by the university is reported to be identified as Theuns Du Toit. 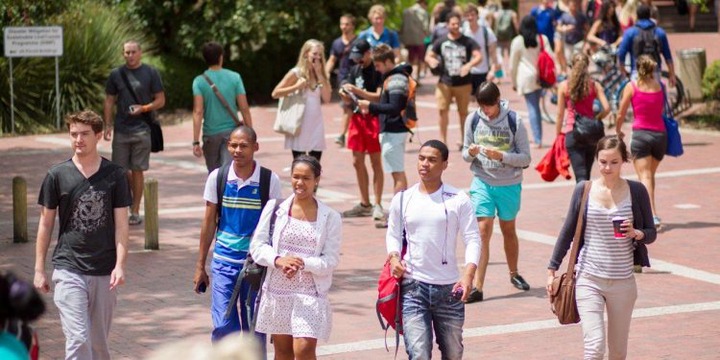 The public has cried foul over most publications which at first tried to hide his name and identity claiming that he is being protected by white privilege. Apparently most black people's faces has been shown including that of a student who was 'mistakenly' sent R14 million from NSFAS.

The complaints are that Theuns Du Toit hasn’t been expelled from Stellenbosch University because apparently “an investigation still needs to be done” while all the evidence is on camera. One thing about white people? They will apparently be protected after their racial attacks. 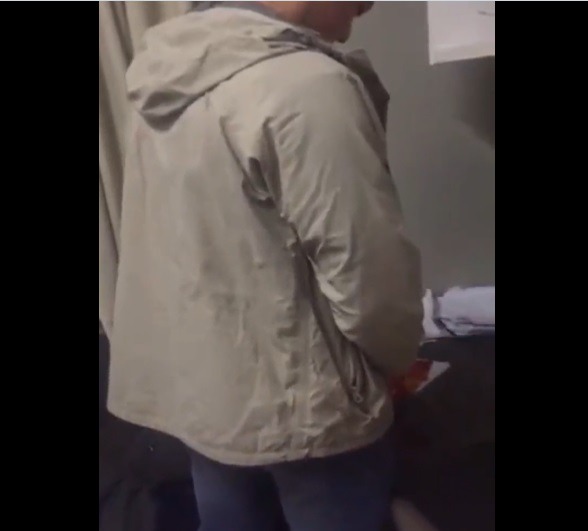 Another social media user said that Racism should be suffocated until there's absolutely no room for it to breathe and find expression. They suggested that the alleged racist called Theuns Du Toit must be expelled by Stellenbosch University and criminal charges should be laid against him. 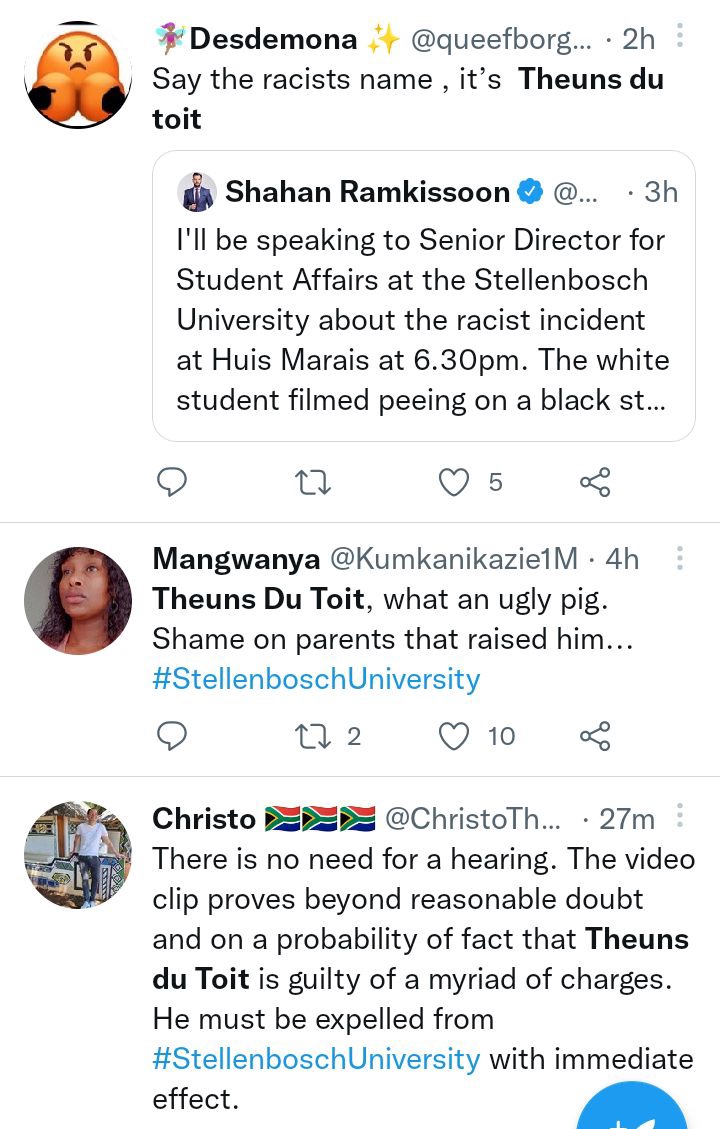 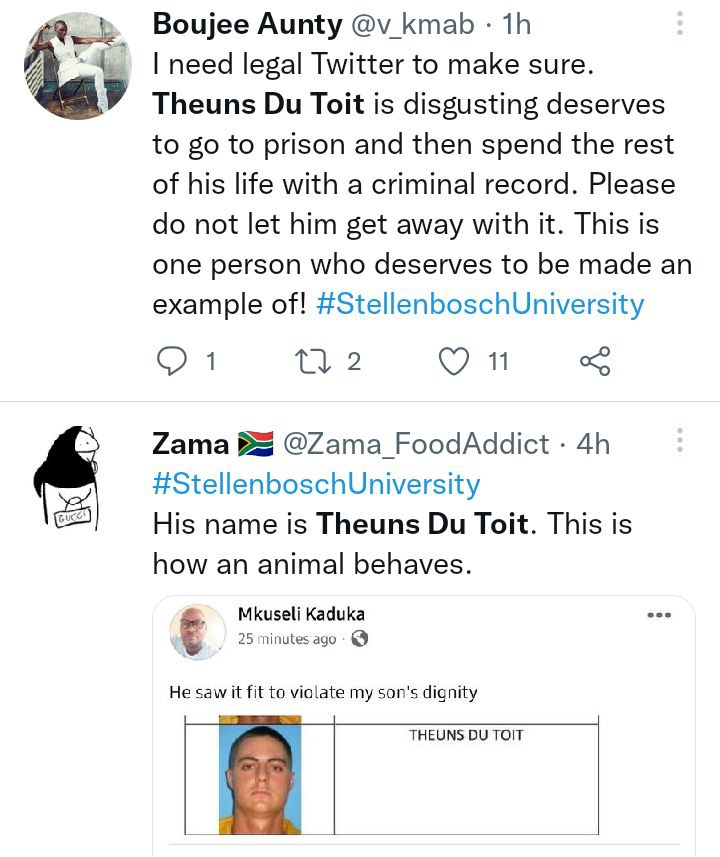 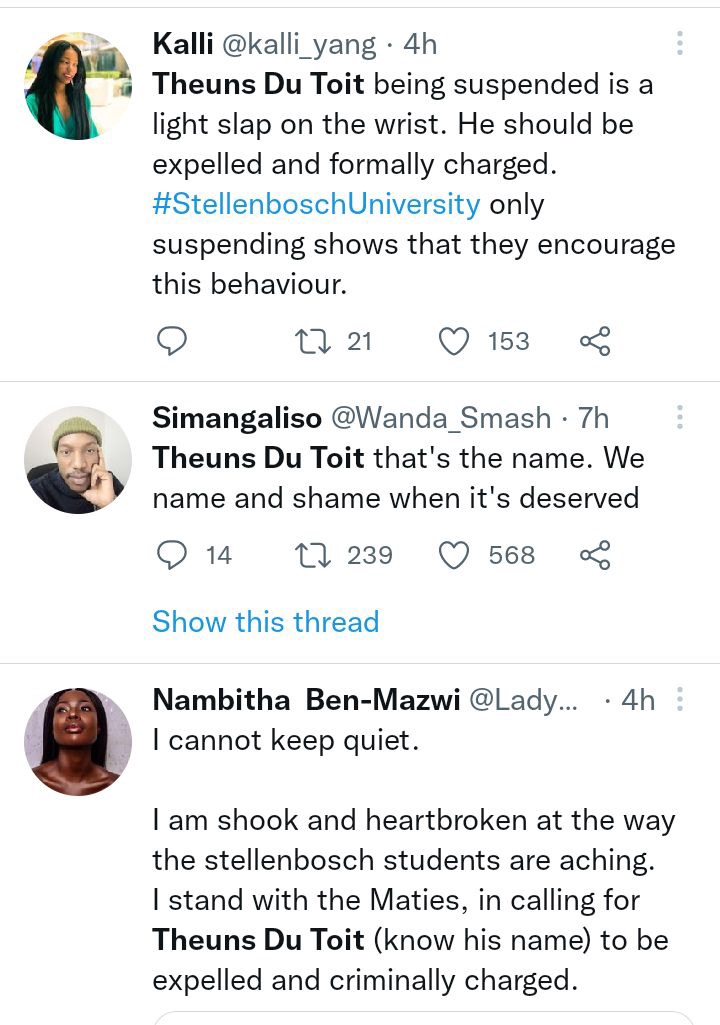