Schools to open on the 26th of july 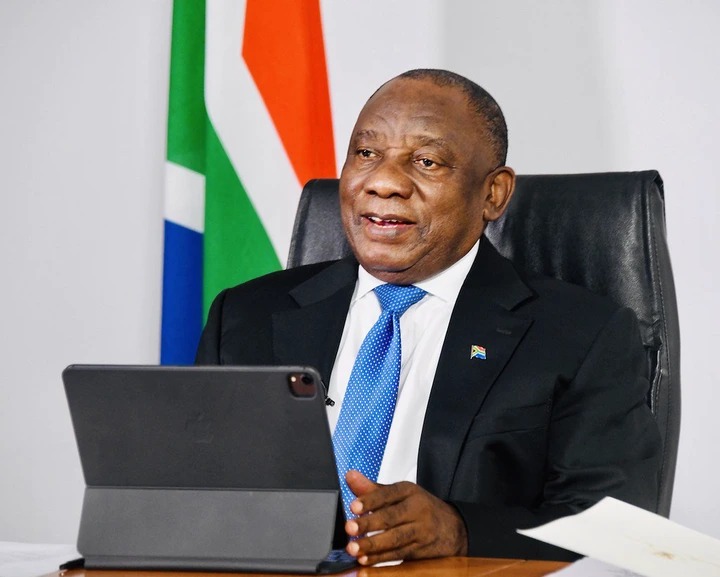 President Cyril Ramaphosa on Sunday declared that schools will stay shut until 26 July.

During his assertion on the advancement in the public exertion to contain the Covid-19 pandemic, Ramaphosa said bureau followed logical guidance given by the Ministerial Advisory Committee on Covid-19 and thoughts of the National Coronavirus Command Council.

"After meeting with the territories, we chose to keep up with the country at Adjusted Alert Level 4 for an additional 14 days.

"These actions were critical, and they were totally important to contain the third wave, which is being fuelled by the new Delta variation.

"It remains our need to break the chain of transmission by restricting social contact," said Ramaphosa.

Accordingly, the Department of Basic Education (DBE) Spokesperson, Elijah Mhlanga, said "President Cyril Ramaphosa in the most natural sounding way for him".

Prior in the week, Mhlanga said schools were as yet set to open as at first arranged.

The representative added that the office had gotten counsel from the Ministerial Advisory Committee that schools can in any case open on 19 July.

Essential Education Minister Angie Motshekga said it will be wrecking if the nation's schools are not permitted to resume on 19 July as arranged.

Motshekga said the instruction area has effectively lost critical time because of the Covid-19 pandemic, which will have long haul implications.

She said her specialty intends to open on 19 July as gazetted in any case, "we won't be flighty if there are still troubles when we need to open and bring more students".

Mhlanga said the call for schools not to open is an untrustworthy call and that the training area can't bear to lose another school year.

However, on Sunday, Ramaphosa told the country that when he last tended to residents [on 27 June], he demonstrated that administration would evaluate the circumstance following 14 days and figure out what further changes might be required.

"With the quick spreading Delta variation, we are encountering a third wave that is more serious than the first and second waves.

"Throughout the previous fourteen days, the nation has reliably recorded a normal of almost 20,000 every day new cases. As of now, the nation has more than 200,000 dynamic Covid-19 cases," said Ramaphosa.

Adding that over the most recent fourteen days more than 4,200 South Africans have lost their lives to Covid-19.

Some educator associations have reliably said schools ought not open before July 26.

Ben Machipi, secretary of the Professional Educators' Union (PEU) recently said that PEU isn't on the side of schools opening on 19.

"We should initially notice the effect of the 14-day ready level 4 lockdown on contaminations prior to deciding when should school resume," Machipi said.

Inside Education recently detailed that Basil Manuel, chief head of the National Professional Teachers' Organization of SA, said the date for the resuming of schools left them somewhat awkward.

"We accept that we should keep the returning of the schools on the 26 of July since we couldn't say whether the entire nation will have passed the third wave. There are areas that are a long ways behind in the pinnacle, and we would prefer not to see ceaseless changes on the school schedule.

"The president shut schools, yet we should keep special times of year as they are," he said.

Kabelo Mahlobogwane, Educators Union of SA representative, additionally said the resuming of schools should be directed by the third wave.

"The present moment, the center is to save lives and that is the thing that we will engage," he said.

Home remedy to use and say goodbye to diabetes, cholesterol liver problems and eliminate fats

Ladies, You Must Not Do This During The Menstrual Period, Be Careful

5 Famous Celebrities Who Reduced The Size Of Their Breasts Due To Medical Conditions.