Fights in schools are getting uglier by day, school children have become murders and they do despicable acts. The situation got tense at Mzinto Gobume High because of a war that broke out among the students. According to the sources, the students may not write their exams this year as the children are panga and guns to hurt each other. The media saw for themselves a group of students who were fighting each in the school ground. The police spokesperson Colonial Thembeka Mbele gave details of an incident where a sixteen-year-old boy was cut with a panga on the 27th of September. 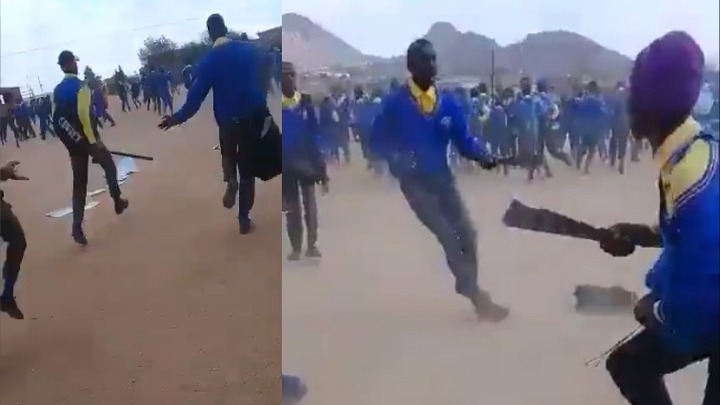 The reason for the war began among the students who were playing cards. The boys were playing cards after school. A boy from Mbabaleni was beaten on the game until he was left penniless, so he requested another boy from Jeza to lend him R50 so he can continue to play. After getting the R50 he lost again, while the Mbabaleni boy went to look for his shoes, the boy who gave him the money said he cannot go without paying him his money. He asked him to pay his R50 in exchange for his shoes.

The Jeza boy went to his other friend from KwaClark and told him that the Mbabaleni boy is holding his shoes because he cannot pay him back his R50 and asked him to help him get his shoe from him. The kwaClark boy went to the Stendeni KaJeza boy to forcefully take the shoe the boy refused to release it without his money paid. The Clark boy slapped the other boy and the fight broke through. On Thursday the boys were divided, the KwaClark boys fought those from extending karezza, they chased them using a gun until they reached KwaShembe stores. 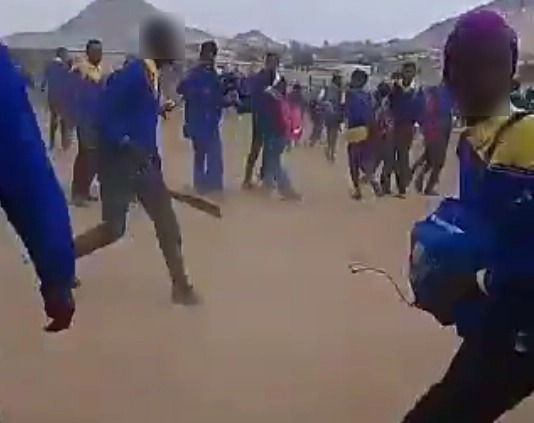 On Monday the boys from Mbabaleni came armed with hammers and grass cutters waiting for the boys from Stendeni and in a twist of events they did not use the gate but used a small entrance which was unknown to the Mbabaleni boys. People heard screams and realized that they were slicing each other. Right now the boys attack each other with pangas in the school ground and follow each other to where they stay to continue fighting each other.