VIDEO: "This Is War" Mzansi Hunts For White Parents Caught Beating Up Black Students Outside School

By Nozizwe_Wilson (self meida writer) | 4 days 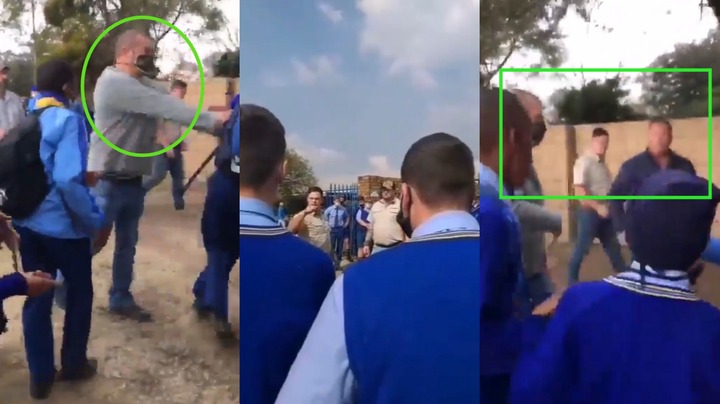 The issue of racism has been a major plague in South Africa, asides any other issue befalling the nation like gender based voilence, illegal immigration from neighbouring nations and drug trafficking. The issue of racism is like a cancer.

Sadly, the cancer is flourishing even as the police only harass and manhandle black Mzansi people, South African leaders prefer to treat fellow white South Africans, Afrikaans, like gold whilst the black folks are taken for trash. 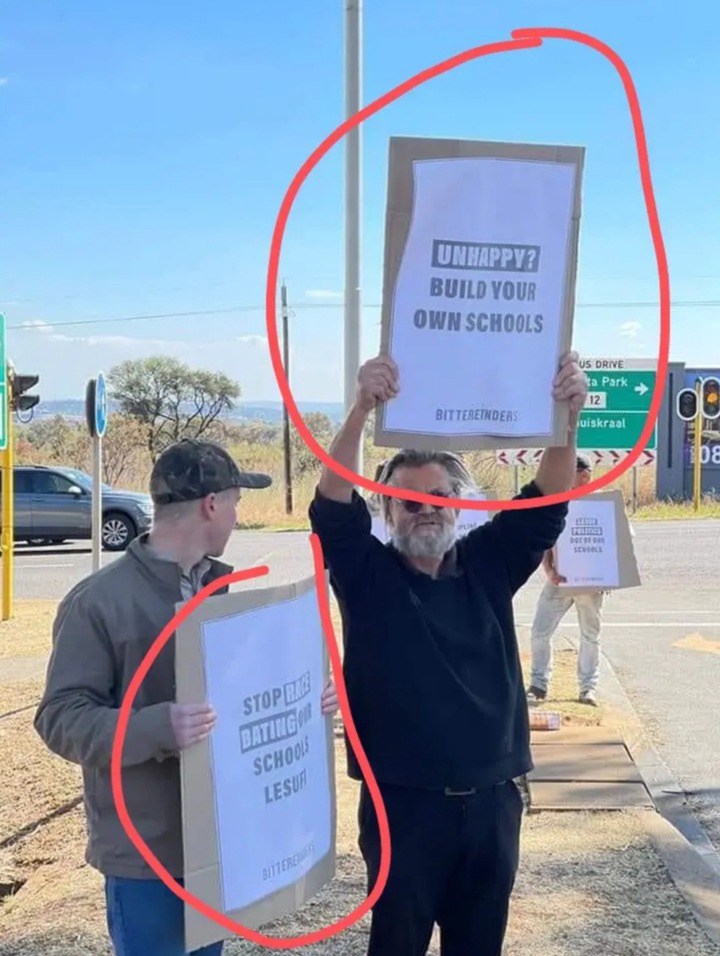 Unfortunately, this cancer has grown horns even as the government funds purely white owned schools and where only whites are permitted to attend these secondary schools. This has only further widening the racial differences.

Recall that we began seeing the ugliness of this in our schools with a recent of going viral, where white folks were seen in schools saying if blacks are angry, they should build their own schools. 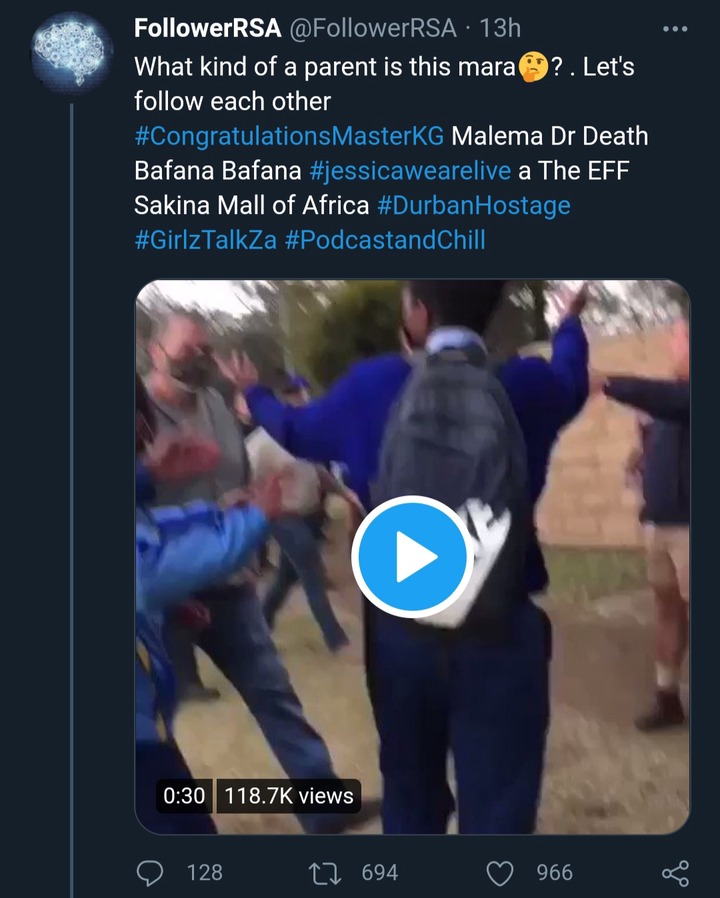 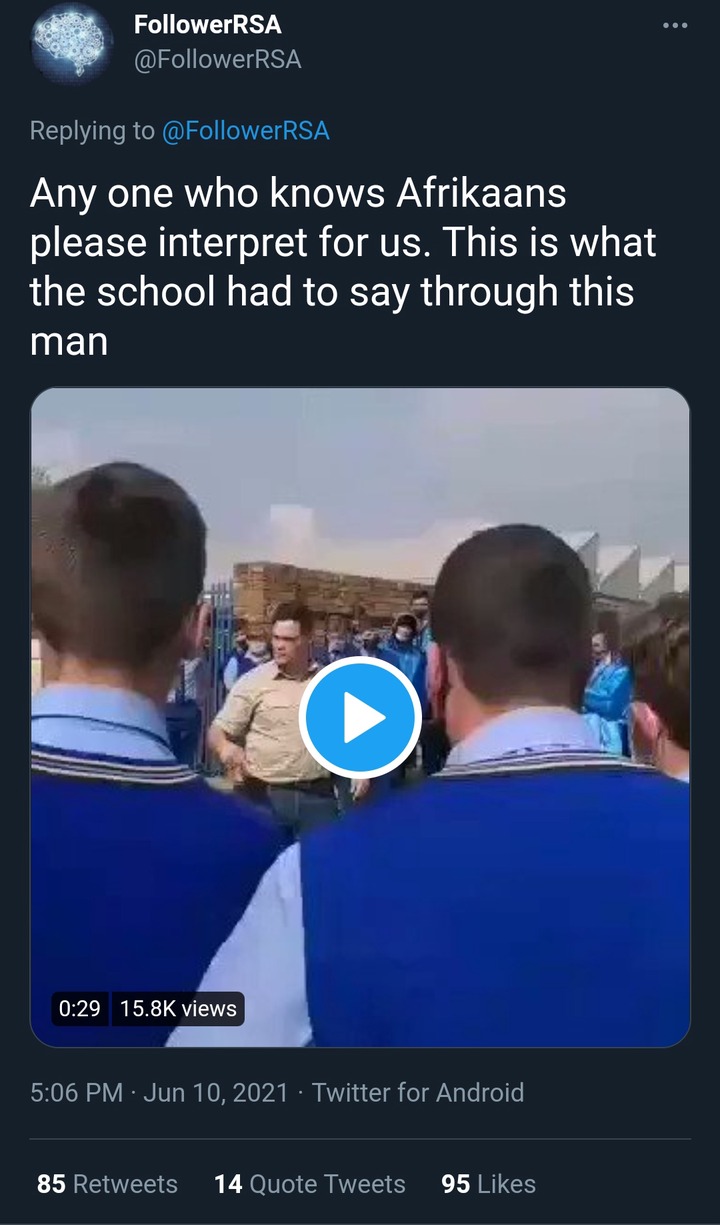 However this has actually metamorphosed as the white parents have decided to take matters into their hands, they've been seen applying force on teenage black students. Pushing them around.

According to the video shared on twitter by a user known simply as Follower RSA, a group of White parents were seen tossing and knocking down black kids who weren't retaliating. And a second video shows the parents giving a speech to white kids.

"they won't allow being walked over and that these (white) kids must fight back." 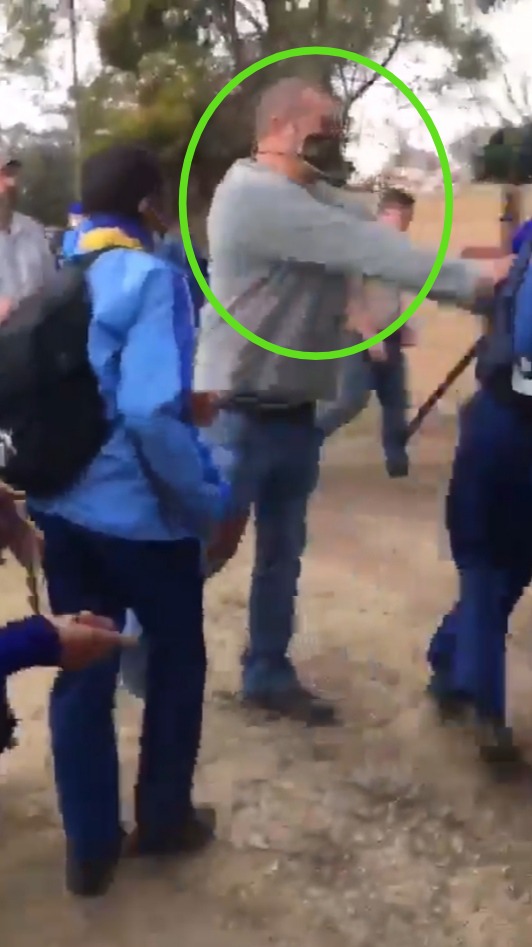 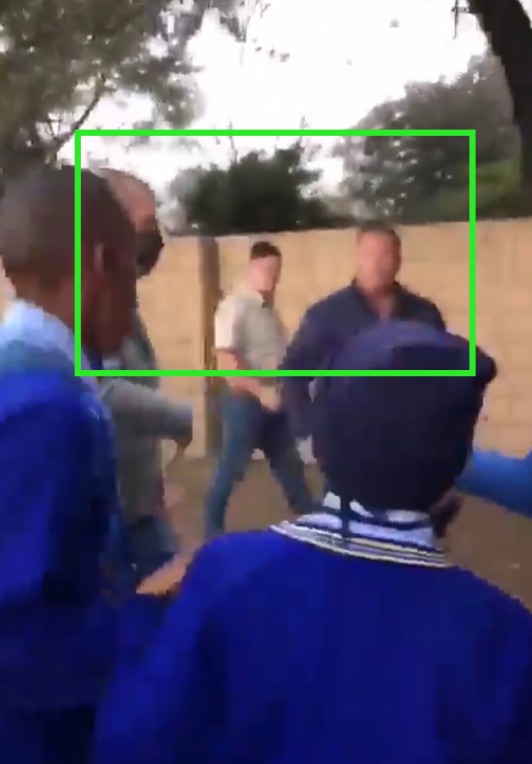 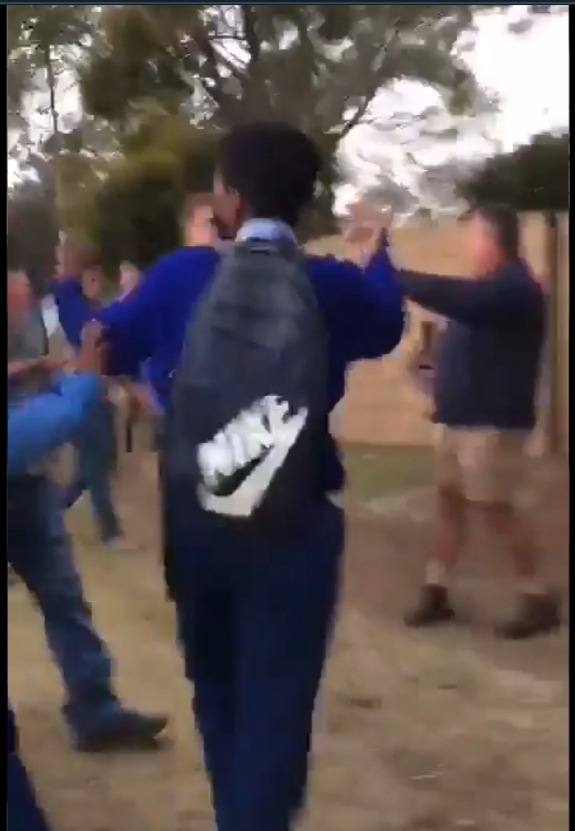 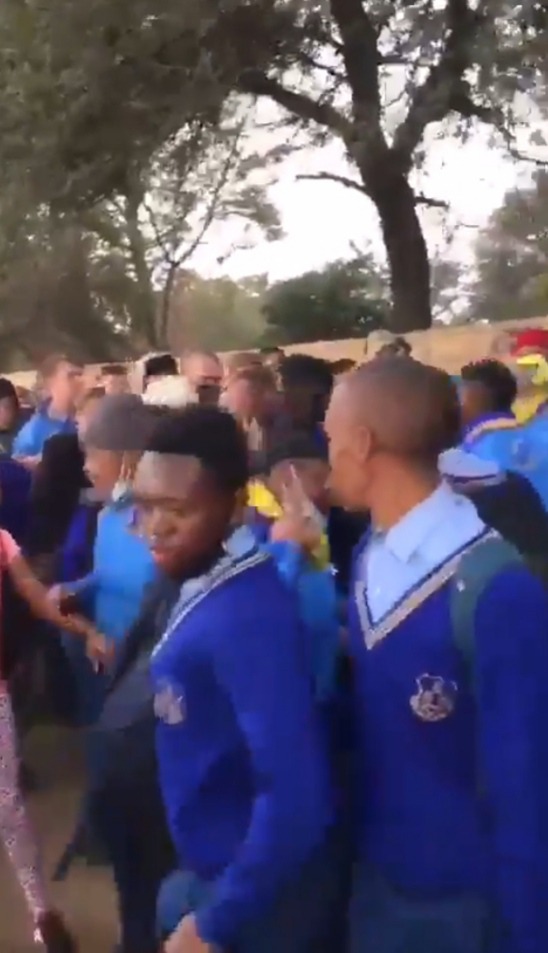 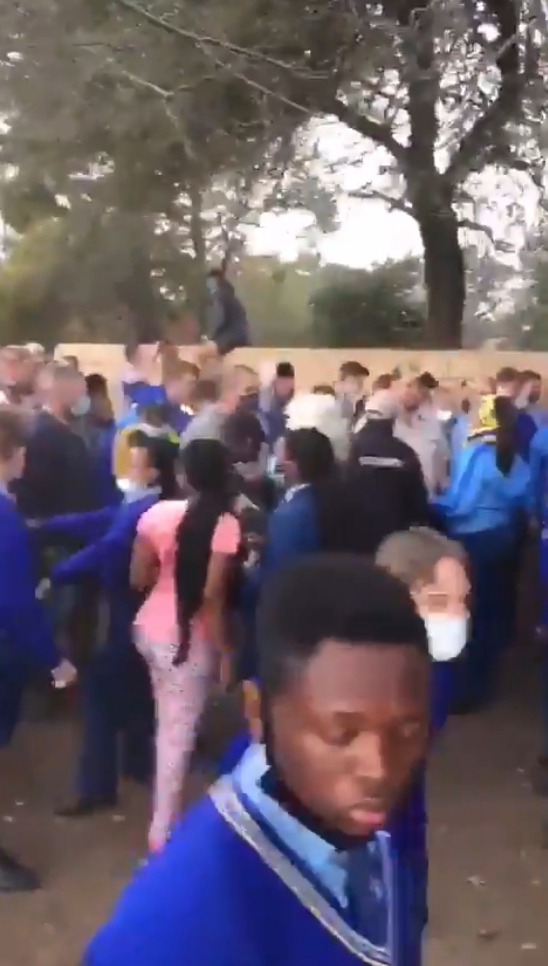 Now although the reason behind the contention which might have ensued between the kids isn't yet known, the fact that parents should join in and push or beat up other kids, has angered many.

This has obviously caused an outrage amongst many South Africans, whites and mostly blacks who have said the issue of race should be punishable by law, others say the white parents should be arrested and their kids suspended.

"That's the reason why I will never took my kids to white school kids, leave this nation alone."

"We have turned into a racist society and just wait for something with 2 races and we jump. If i was a teacher and a kid blocks my way i wud push them away so they can learn respect. A teacher shud be respect at all times."

"Reading from the comments you see how bkack people are quick to be sympathetic and that's why white people will always see black people as nothing why would you say the old man was ryt or there's a reason for his pushing of the school kid."

"But why are blacks sending their kids to white schools?

At white schools discipline is not an issue, because most of the kids come from disciplined homes"

"Look they do it everyday in their houses. This open insitement must’ve been caused by something."

"Europeans know that they are foreigners in SA. They have somewhere to go to. They always incite violence." 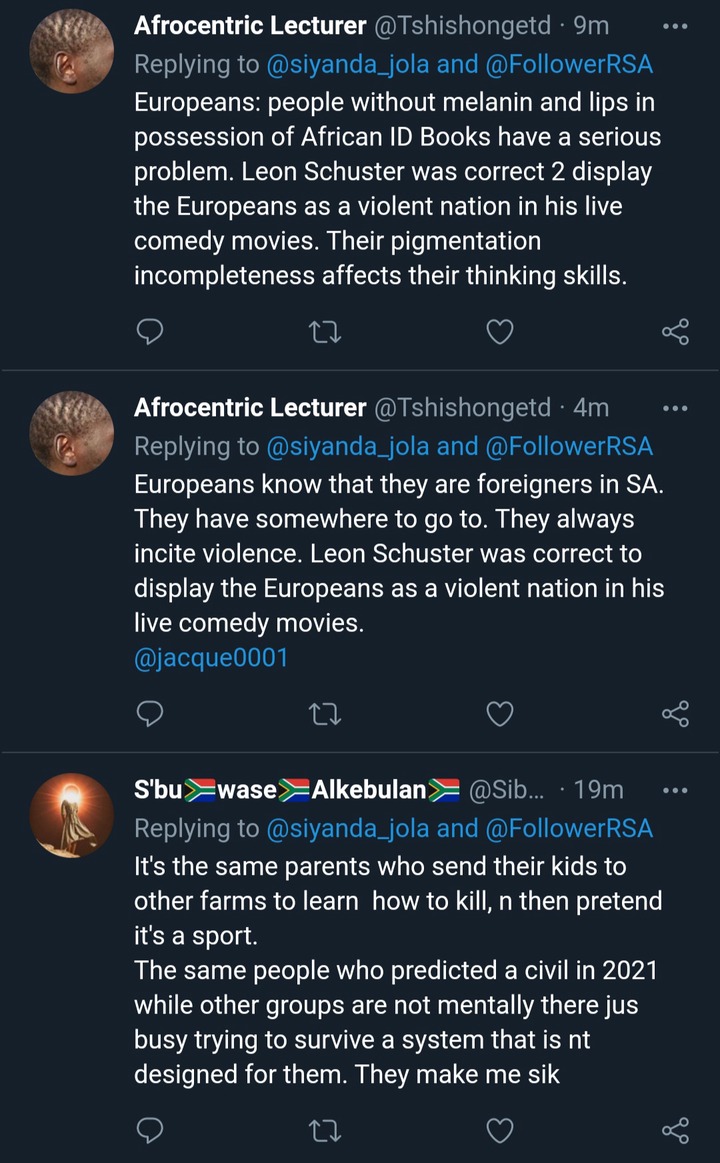 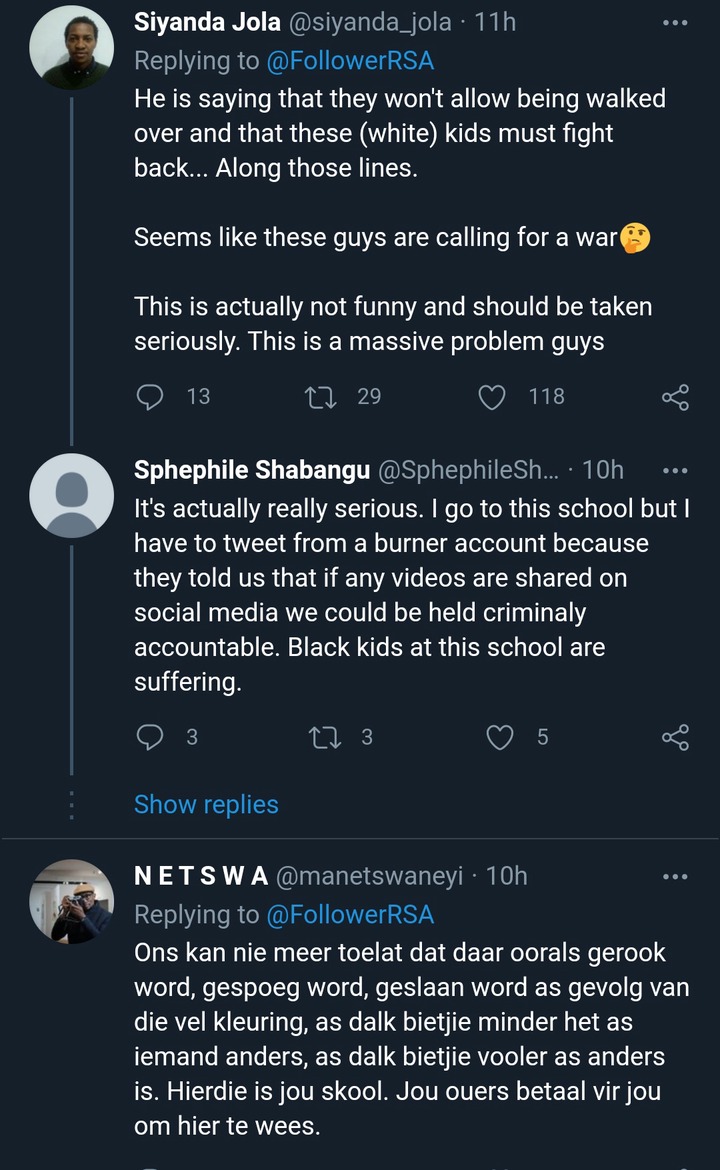 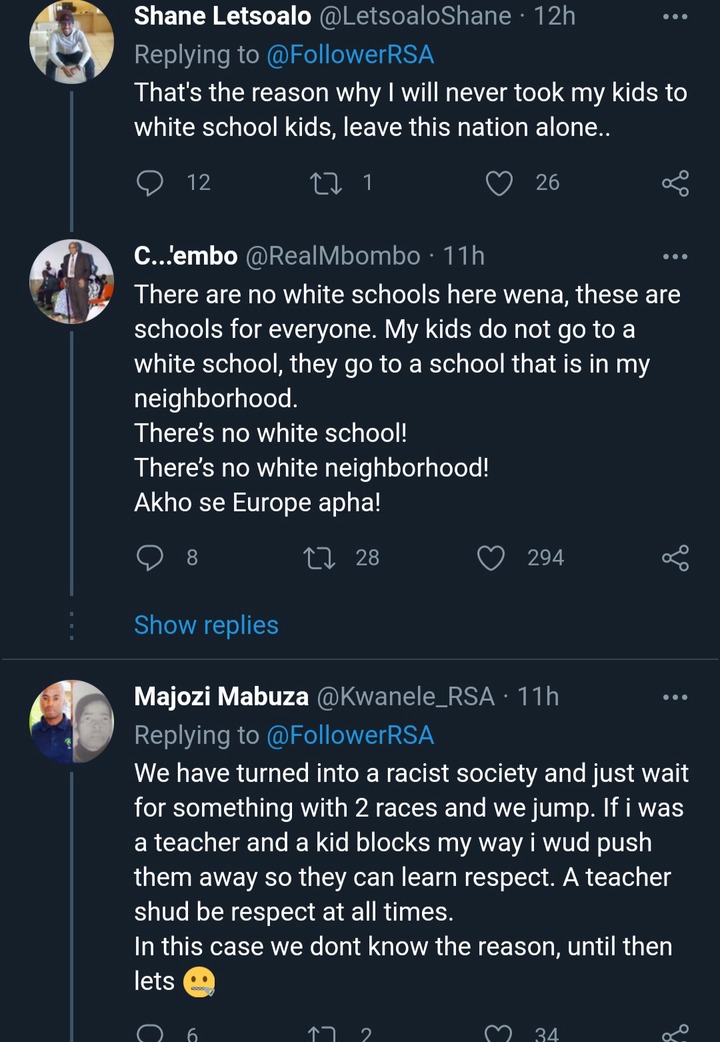 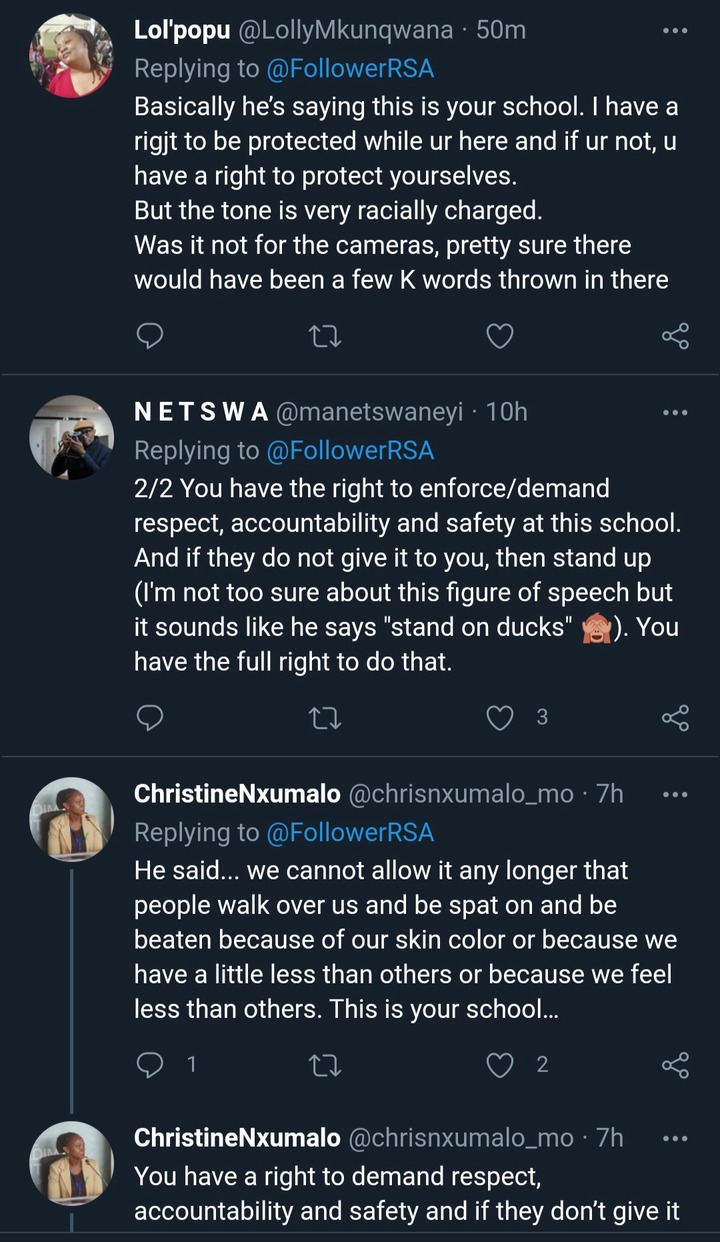 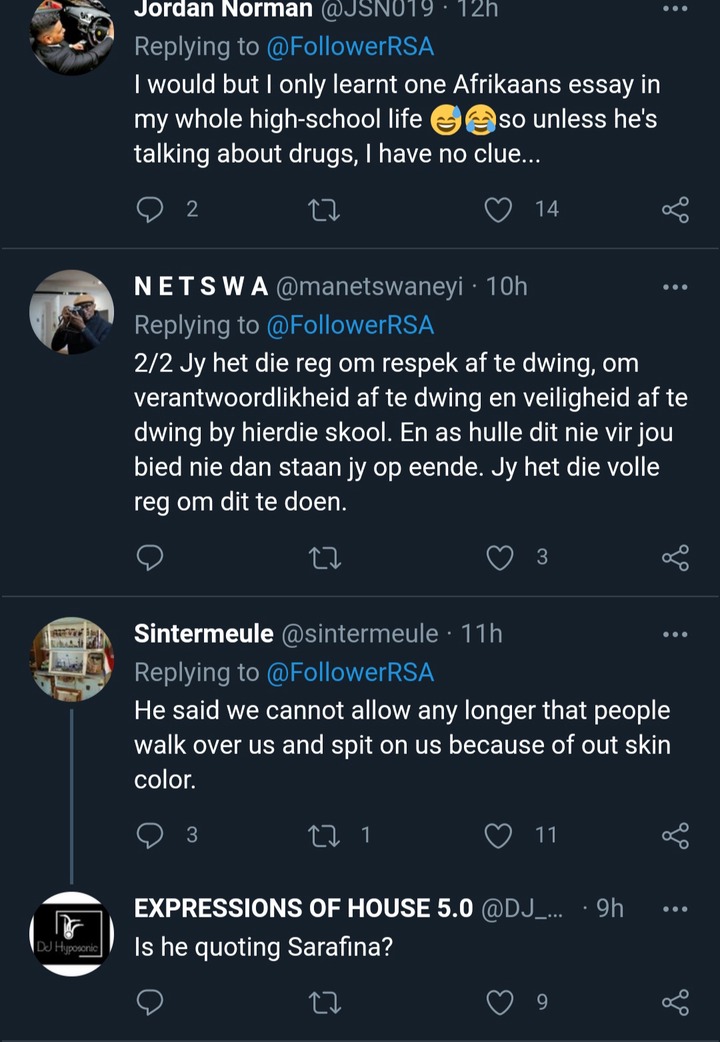 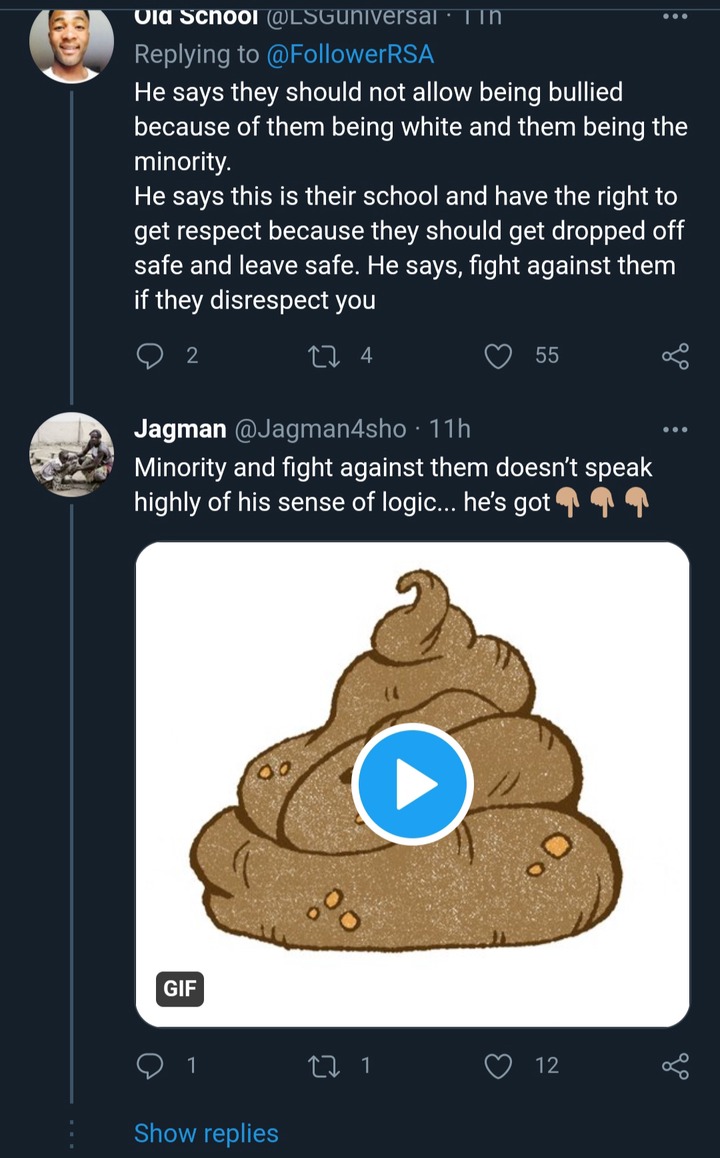 Click on the blue coloured links below to see the video;

This is really saddening as I expected a parent no matter the race, should protect our young ones and not end up trying to destroy them.

Moreso, this man is believed to only be telling the white kids to learn how to stand up for themselves and not be bullied as we've seen black kids doing in recent times. We should learn to train our kids rightly and to be bullies.

What do you think about this? Kindly share your thoughts below, like/share this article and don't forget to follow for more updates.