MASKANDI craftsman Xolani "Shilisi" Langa is once again at school and carrying on with his deep rooted dream. Shilisi Back To School At 38!

Shilisi Back To School At 38!

Shilisi has been in the music business for over 20 years.

"The last time I went to class was during the 1990s. I'm currently back doing grade 11. I'm 38 and I don't lament my choice. At the point when I pass matric, I need to study to be a legal counselor," he said.

He is an understudy at Bongumenzi Secondary School in Nquthu, KZN.

Shilisi said it had forever been his desire to return to school. 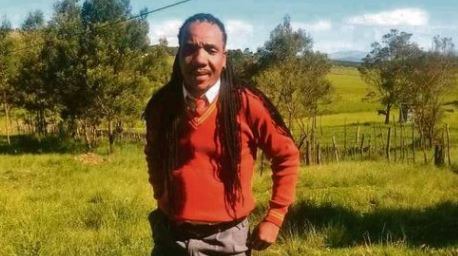 "My initial not many days have been troublesome. A great deal of things have changed and I need to adjust to the new set-up. I've additionally been approached to trim my dreadlocks however this will be hard on the grounds that I have a genealogical calling, so I can't trim my hair," he said.

However he was by a wide margin the most seasoned understudy at school, he said kids were eager to have a maskandi craftsman among them.

"During the initial not many days they were peeping at me through the windows. They spent mid-day breaks taking photographs with me."

He said this was his opportunity to at long last seek after his fantasy about turning into a legal advisor.

"I've for practically forever needed to be a legal counselor yet I needed to exit on the grounds that my folks were battling monetarily. I needed to begin working at an early age," he said, adding that he would keep on working for Mthandeni "Igcokama Elisha" Manqele as an artist.

"I enjoy the benefit of being an adult. I know what I need just as my needs. I won't quit working, however I'll ensure that my school work isn't impacted."

Igcokama Elisha said he knew that Shilisi had returned to school.

"I regard his choice. I wish maskandi craftsmen can gain from him. With regards to school, age is only a number. I'll likewise ensure that he focuses in."