Concerns over the overcrowding of schools in Cosmo City

By Mahwira (self meida writer) | 1 months 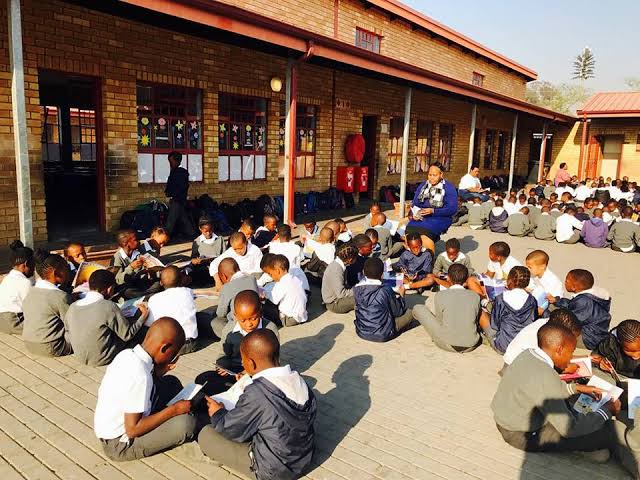 Concerns have been risen over the overcrowding of the schools in Cosmo City with Principals calling for solutions to be implemented by the government.

Even though the schools in the area have the same names, the numbers are distinct. The School Principals are reported to have highlighted that even though all seemed well , they have no means to accept more learners who still wish to enrol at their schools. This has left them under pressure as there are many learners that are yet to be enrolled.

It is reported that even though the learners are attending school on a rotational basis , the numbers are still high thereby making it hard to practice social distancing. Cosmo City Junior Primary 1 is reported to have a capacity to have 1200 learners, but it currently has 2125 learners.

The Cosmo City Secondary School principal Eddy Maotwe reportedly informed the Democratic Alliance members of parliament that his school has enough space to build more classrooms instead of having temporary classrooms.

Maotwe reportedly added that instead of enrolling 300 grade 8 learners, the school has 557.This is a sign that the schools are now overcrowded. The DA representatives highlighted that the only solution to solve the problem of overcrowding is to have more schools built