The positive effects music education has on children.

Music is really an important part of every culture. When we talk about culture, we can see that music is one of the things that differentiates each community and society from the others.

So without a doubt, music makes cultures richer overall. It is known that music has been the best way to teach children about their culture as well as others around the world. Learning about cultures is fascinating and music helps people develop an attitude as well as maintain their emotional and psychological well-being.

Numerous studies have shown that music can be beneficial and that children can achieve more or less complete development through music. Some parents and schools claim that learning music is pointless.

According to professionals, students who were exposed to music lessons in their childhood years have been more likely to perform better in subjects such as math, languages, and science.

It has been said that this is due to the music lessons the children were exposed to and the actual composition of the lessons.

The role of music in personal and emotional development

People spend more than half of their life and energy teaching obedience, teamwork, and even moral values.

There are even those times that are spent teaching other social skills to children and this is done in different ways, but the most common is through music.

Music helps children become self-disciplined, organized and cooperative. When they learn in groups, they are more likely to learn to work in a team and be responsible for other things as well.

Music is a great way to impart information to children about the history of music in their society, instruments among other historical aspects that have a huge impact on a society.

It surely adds to their awareness and brings them closer to the life of inventive people, which can provide them with invaluable information about life.

Music in itself is a type of insight and creativity, which imparts complex thinking skills, in children this in turn increases their cognitive skills.

With music, it's easier to think about conceptual things and it certainly enhances the imagination, especially when an individual is trying to formulate their own melody or learn old ones.

Many people are unaware of the power of music in reducing psychological and emotional stress. For this reason, many studies align with the use of music as a way for people to express their current feeling and, as such, to reduce the stress they face.

If the truth be told, several psychologists use music therapy as a means through which they treat their patients suffering from mental disorder. Music is probably the only tool that also provides exercise and relaxation for the brain.

People have used music as a means through which they can help children to work on their self-esteem, particularly those who are not academically inclined.

For example, a child who may not be the brightest of all, but this child plays the violin or sings a song at the annual school function, this immediately increases the child's self-esteem.

Therefore, music can be used as a healing tool and is very important for the development and emotional and psychological health of people. 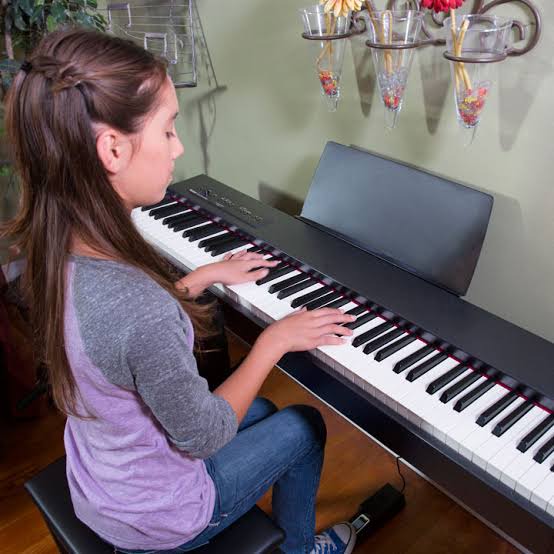 Contribution of music to academic development

Academic success can surely be the incentive that various parents and schools alike use as a way to get them started in music classes.

Many child development scientists and psychologists have come to an agreement that music improves a child's academic performance, children also gain more knowledge in basic subjects such as languages, mathematics, history, and science.

Learning the musical notes helps to improve the language skills of the child. Children can learn to appreciate foreign languages ​​or musical language, but to understand their real meaning, it would be necessary to research the subject.

Music in general, while beneficial for everyone, children are more likely to benefit greatly, as their academic knowledge will improve, particularly in areas such as science or even mathematics.

Children generally learn very quickly and as such learning about a different instrument would not be a big deal.