By KeepUpdated (self media writer) | 9 months ago

The Teaching Service Commission (TSC), working together with government has lived up to its promise of ensuring the smooth running of schools in the country.

As such, the TSC has engaged the services of 1 192 teachers, some of whom have already resumed their duties in various schools beginning from Tuesday. The engagement of teachers comes after the confusion over the issue of a waiver as TSC had earlier stated that they were not privy to any waiver that was granted to it to recruit this year, yet Minister of Education and Training Lady Mabuza had informed parliamentarians that there was a waiver in place. Following this statement by TSC, stakeholders in the education sector had been calling for the recruitment of teachers and renewal of contracts for some educators. The lack of teachers in schools had also been raised in the august House by Shiselweni I Constituency Member of Parliament (MP), Strydom Mpanza. 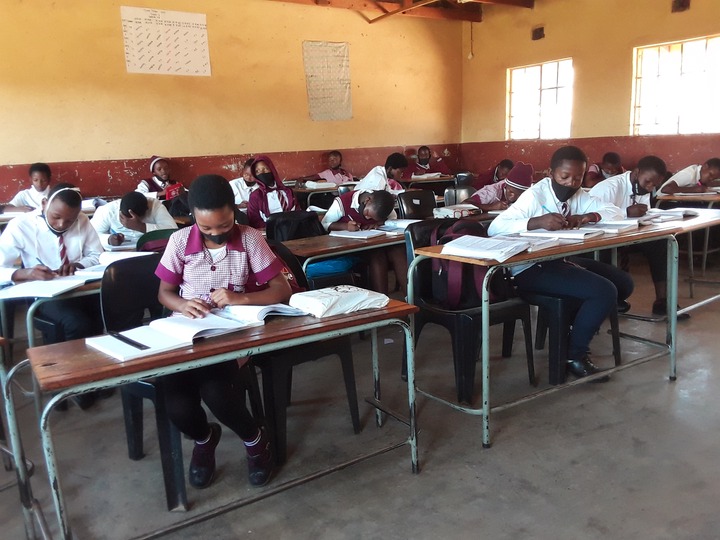 Mpanza had said it was worrying that the contracts for teachers had not been renewed yet schools were reopening. Minister of Education and Training Lady Mabuza was also quoted as having responded by saying that the ministry had challenges with hiring contract teachers, or other teachers for that matter, because the TSC was without a chairperson. In the same breath, the minister had informed the MPs that the TSC had received a waiver to employ teachers earlier in the year, but because of COVID-19 and the partial lockdown restrictions, they had not been able to. In light of the minister’s response in Parliament, a questionnaire was sent to the Executive Secretary of the TSC, Ncamsile Mtshali. She was sought to establish if the commission received a waiver to recruit and also renew contracts and if there was any waiver granted this year for that.

Announcing during a press conference which was held at the Ministry of Education and Training, TSC Chairman Simanga Mamba said the commission had been able to speed up the hiring process in 10 days. Mamba had his contract extended for two months and together with the commission, they have ensured that teachers were engaged for the purpose of smooth operations in schools. The TSC chairperson stated that 992 contract teachers were re-engaged in high schools. He said for the Manzini Region, a total of 284 teachers, whose contracts had expired, were renewed, 246 in the Lubombo Region, 235 in the Hhohho Region and 227 in the Shiselweni Region. He stated that there were further 200 teachers engaged in primary schools on a contract basis. These teachers, he said, were replacing those who retired, deceased or promoted in the year 2020. He said the commission had also finalised transfers for the year 2021 and successful candidates would be contacted by the office of their respective regional educational officers.

OPINION : Reason Why Al Ahly Board Is Unhappy With Pitso Mosimane's Latest Statement

Here is how much Shoprite employees earn per month, see here