Suspended ANC Secretary-General Ace Magashule has been for a period of eon now consigned into the dungeons of the political arena amidst his never-ending legal battles, quite worryingly, his troubles seem to be stacking up even more, with an exclusive report by the Sunday Times revealing what is certainly giving him sleepless nights. 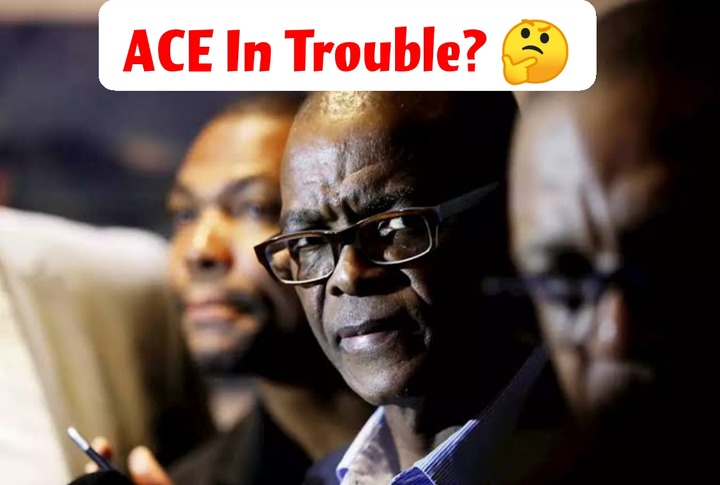 Magashule has been quoted ipsissima verba waxing lyrical about the financial support he gave to students during his tenure as the Premier of the Free State. The support has been said to be in the form of bursaries particularly for students from previously disadvantaged backgrounds.

He has on a number of occasions indicated that he has sent some of the students to study in Turkey through his own personal foundation. 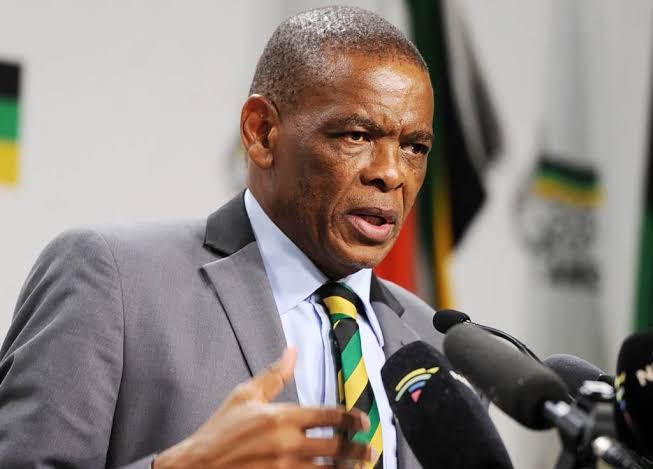 However, quite worryingly, it is understood that the students have not been getting the funds to pay for their tuition fees and accommodation.

The figures been bandied about are incredulously astounding. R11-Million is how much money the Ace Magashule foundation Owes to the Universities wherein the students are studying. 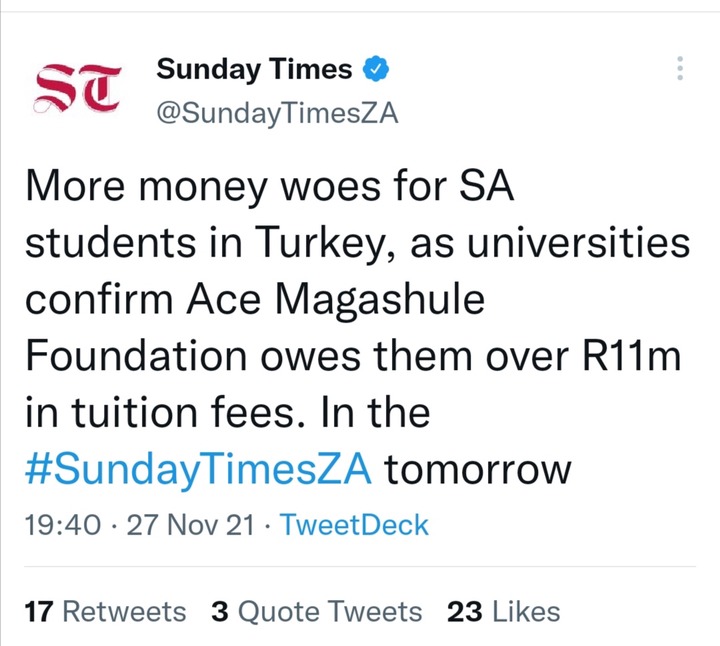 It is remains a mystery as to what may have led to the foundation's failure to pay the students' fees.

In one's opinion though, that it could well be due to the fact that Magashule is no longer in power in the Free State, and his corruption and money laundering charges emanated from the very same bursary scheme he created while at the helm.

The allegations against him pointed to the fact that he unlawfully solicited funds from the now-discredited R255-Million Asbestos tender tender which he sanctioned in 2014.

Therefore, it only makes sense that the students would face financial difficulties if the source funding was mainly from resources that were literally derived from unlawfully awarded tenders.

You wonder if Magashule would be able to source the owed R11-Million or the students are now on their own. The latter is most probably what would happen, Magashule has seen his political influence significantly diminished over the past few months, and with President Cyril Ramaphosa having closed many taps which politicians used as their piggy banks, the poor students can only pray that another benefactor may come to their rescue. 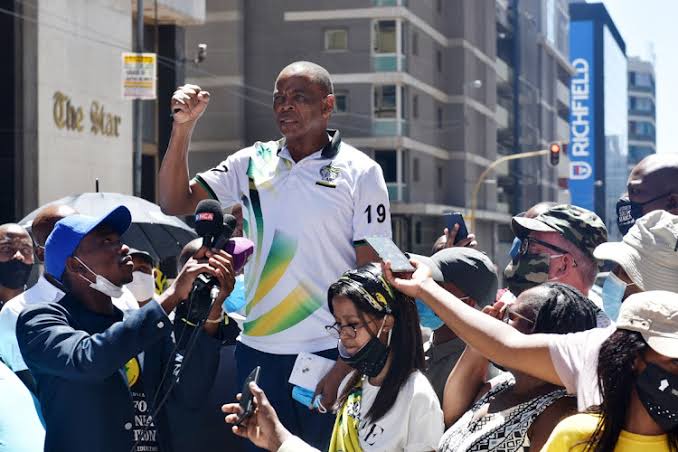 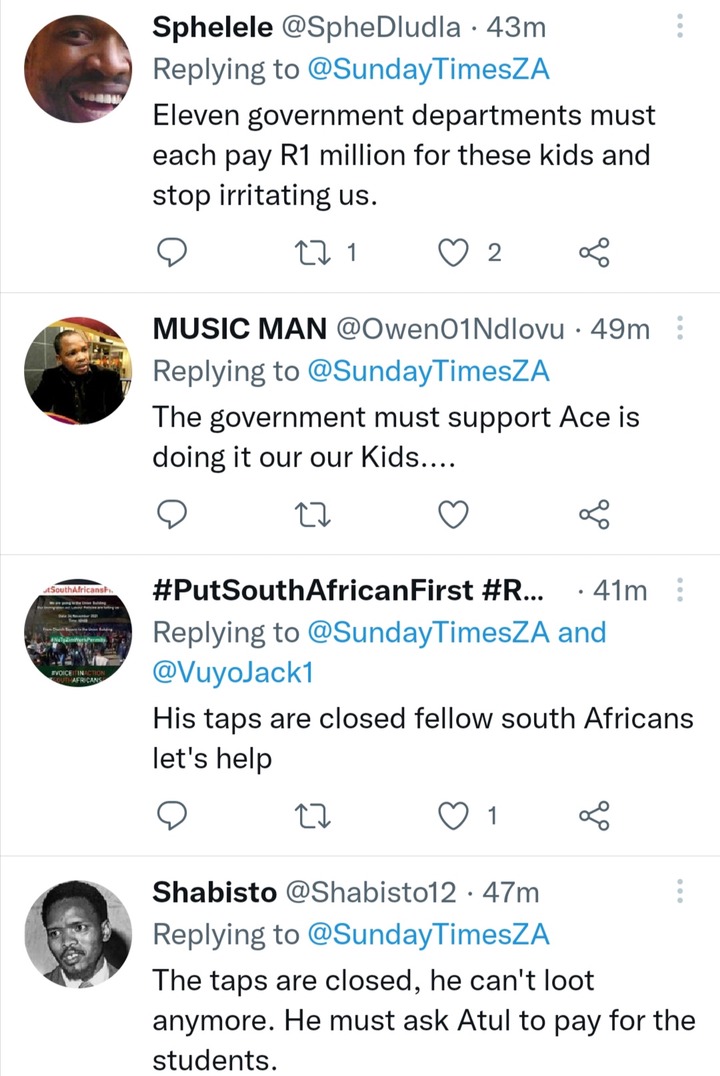 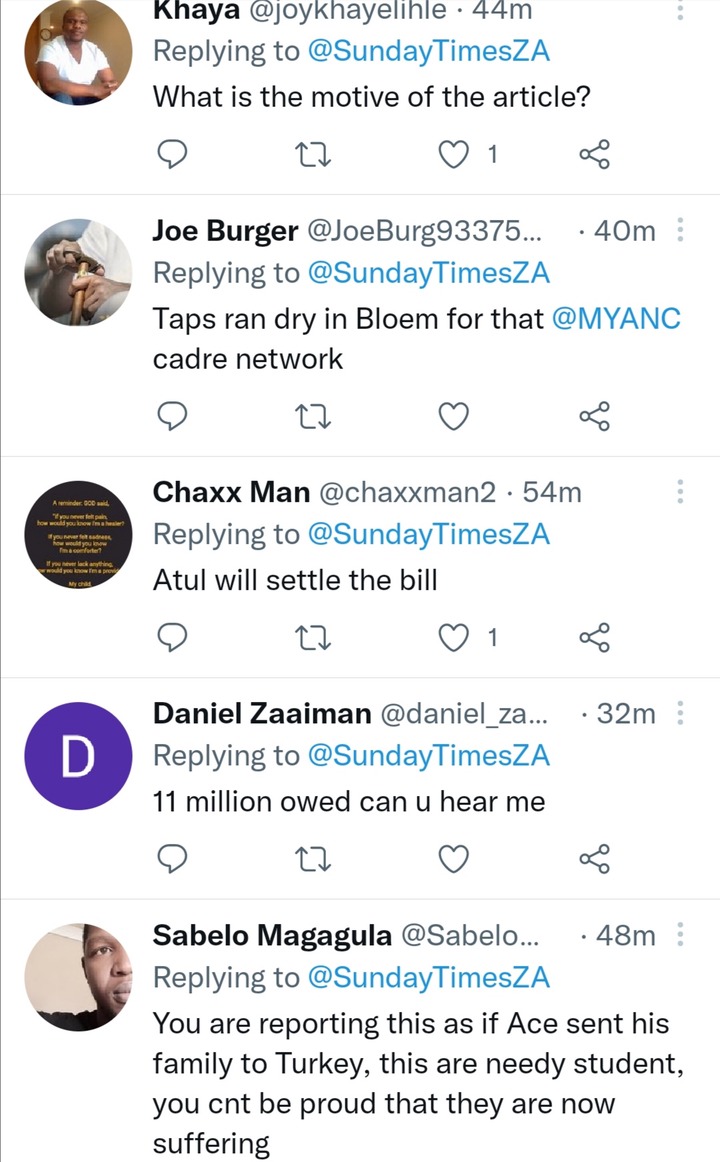 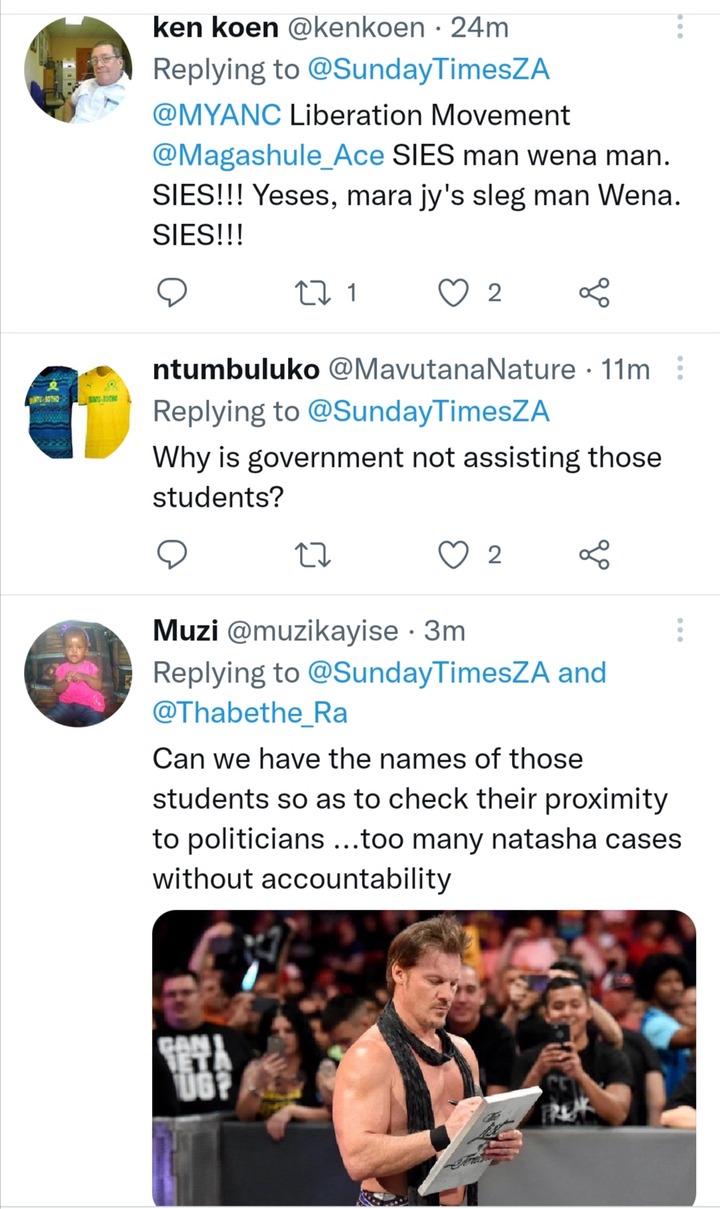 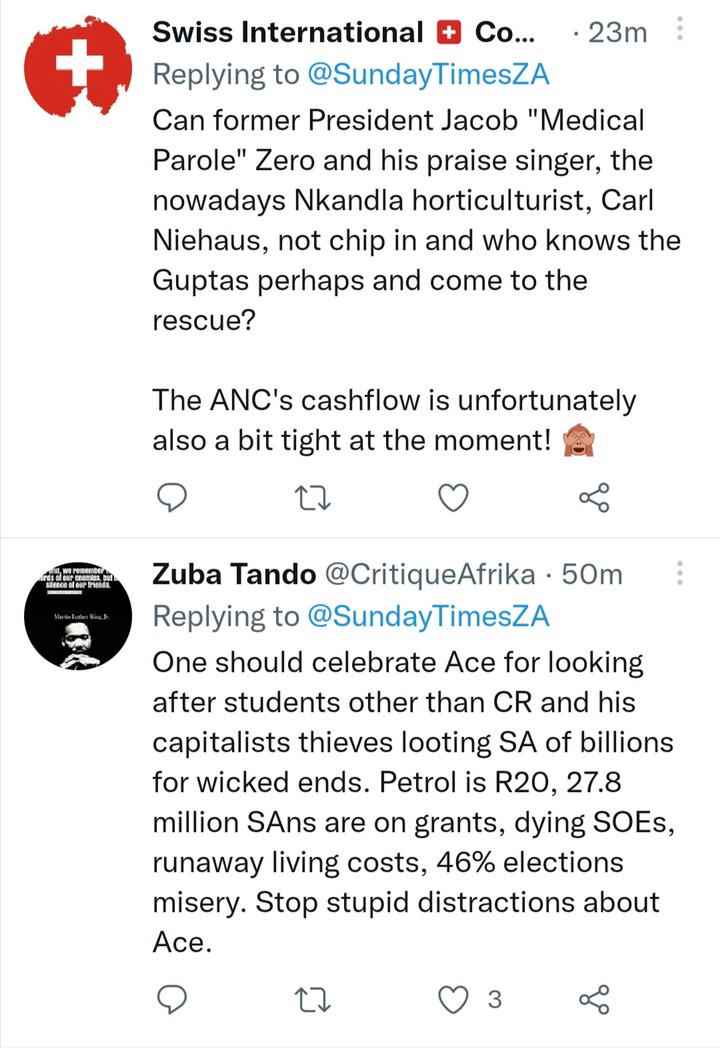 Twitter slams the HR person who judged the dresscode of his interviewees.

Former president Jacob Zuma has changed his tune and he is defying the odds.

The scorpion kings did not have it easy, Here is their success story