No mercy from Panyaza Lesufi

The Gauteng Education MEC was in no mood to show any mercy towards the teacher who allegedly raped his grade 10 learner.

The Education MEC reportedly said that there was no place for people like the 38 year old teacher who abused the trust which was given to him by the Department of Basic Education to help guide the learners.

Below is the picture of the Gauteng Education MEC Mr Panyaza Lesufi following closely the court proceedings of the 38 year old rapist.It was a day after the educator reportedly handed himself over to the police. 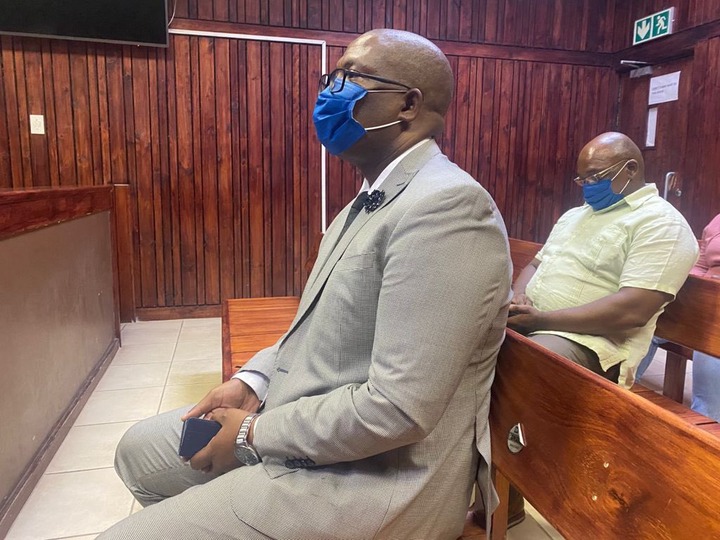 The first media release from the Department of Basic Education in the Gauteng Province was calling upon the police to use their every resource to track down the 38 year old rapist.

The MEC had used that media statement to highlight that the incident had taken place the previous week.It had come to the attention of the Department after the school authorities had communicated with them.

Below is the first media statement that was released by the Gauteng Education department .It revealed how disappointed the Education MEC was regarding the incident that befell the Grade 10 learner on the 14th of May 2021. 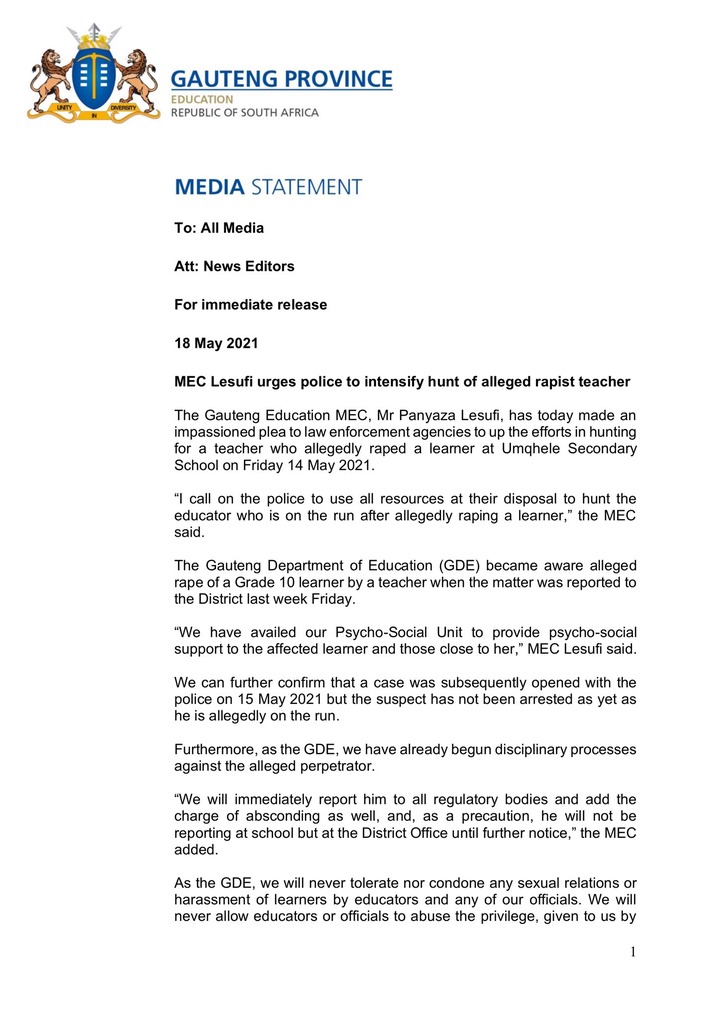 In the first media statement, the MEC made it clear that the educator would be reported to all the regulatory bodies and would be charged with absconding as well.

The public was assured that the educator would never set his foot at the school until his issue got sorted out .

Moving on to the media statement released by the Gauteng Education department, the MEC made it clear that the protection of the learners who were placed under the care of schools was mandatory.

He said that all the officials as well as educators were required to protect the learners at all costs.

It was stated in the media statement that the Department of Basic Education will continue rendering its support to the affected learner.

The department highlighted that it understood the frustration of the victim's family members.It was however highlighted that the alleged rapist had submitted his letter of resignation from his role as a teacher. 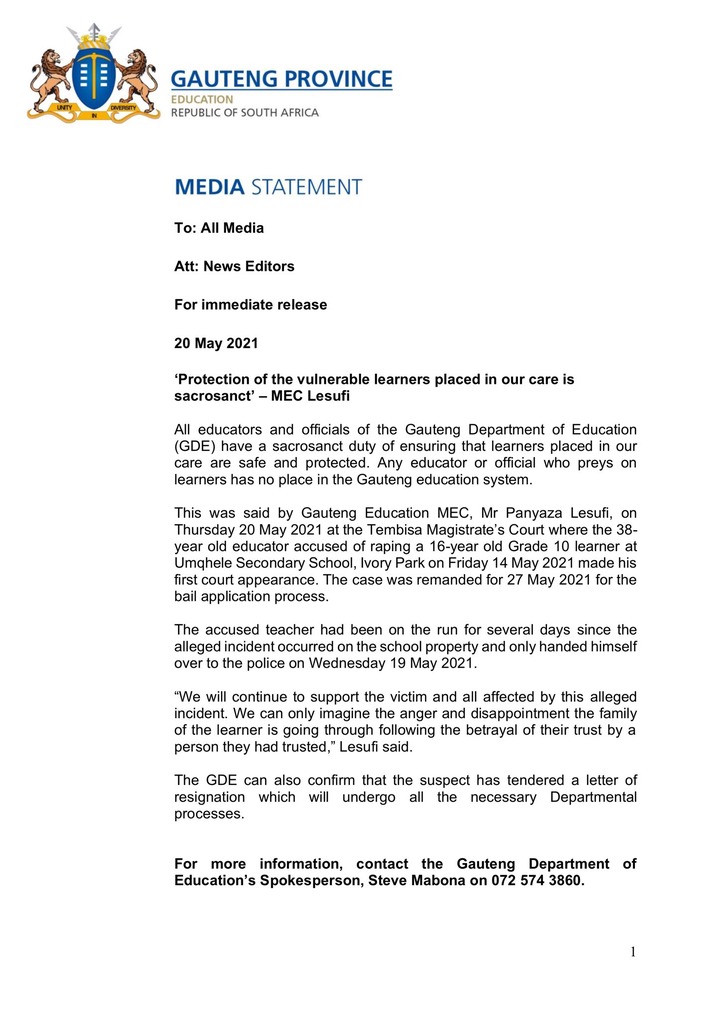 A woman got assaulted in front of Bheki Cele, and Bheki Cele did nothing? See what happened below