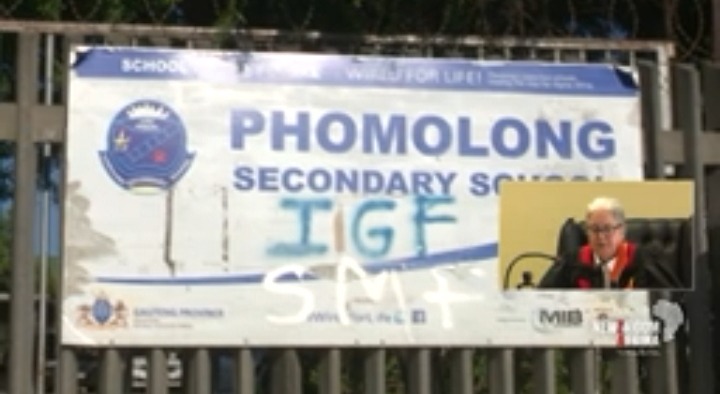 It is less than a week since Sithembisile Ngedane got gunned down as she was leaving Phomolong Secondary School .The school has since been visited by various delegations such as the Minister of Basic Education Mrs Angie Motshekga and the Education MEC Mr Panyaza Lesufi .The Minister Angie Motshekga reportedly called on pupils to continue with their learning even though they are devastated with the Deputy Principal's passing .The principal of the school Mr Hector Moshwana was asked how the Deputy's death was affecting the everyday operation .

He responded that it was a difficult experience for him sitting in the office .He said that since the tragedy took place , he had been shocked and dismayed .He described the late as a good public servant and a mother to the kids . It was revealed that the school was the best in terms of Geography in 2020 under her leadership .When the principal was asked regarding the 72 hour activation plan by police to catch the perpetrators , on whether there had been any progress on the issue , he said that he only hoped that action would be taken and bring the perpetrators to book . He said that he did not want the rumors to be believed regarding who was allegedly responsible , hence the need for police to do their job.

The Principal was asked if he thought that the learners were responsible for the shooting .In response , he said that he did not believe the rumors that alleged that learners were responsible . He added that they had handled many disciplinary issues and had never had such a situation .As for the reaction of the teachers , he said that they were taking the situation as it was . The Principal said that they will go back to the drawing board.