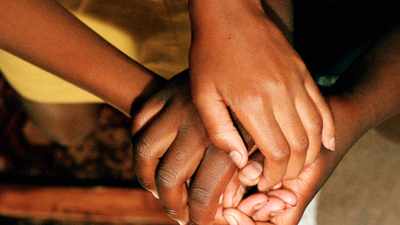 A 'fortunate' student has been suspended from school.

THE mother of a Grade 10 pupil at Sivananda Technical High School in KwaMashu is still distraught after the school told her child not to return to school because he allegedly accused the principal of having a snake.

The pupil allegedly approached the acting school principal earlier this month when a pupil asked him to clean the school because he had been shown to have demons.

According to the mother of the 16-year-old, her "shown" daughter asked the acting principal to clean the school which was suffering from screaming children.

She said the problem of children screaming started in January this year.

She told Isolezwe you the student (whose names have been withheld to protect the student), said her concern was that a lot had come out of the school, revealed by other students, not her daughter.

"When she started the snarl, she said she saw snakes, my child was not part of that. She said there was an incident when one of the children went to the acting principal and told her to take her snakes out of school," said the student's mother.

She said no child was prosecuted.

SHe said her daughter spoke to the acting principal in early May, asking him to clean the school, and she was fired.

SHe said what bothered her was that the principal came out with her child, as he was not the only one who tried to reveal the secret.

SHe said there were other teachers who had come forward and expressed their displeasure at the expulsion of her child.

She said the teachers told her to send her child to school today. If he fired the acting principal again, they would also lay down the chalk and strike.

"There are allegations throughout the school that the acting principal is more aggressive because he wants to be a full-time employee instead of the principal," said the parent of the expelled student.

SHe further added that she was "deeply saddened" that her child had been abused at school "because it was known that she had "abantu abadala".

“Since she is deprived of the right to education, I do not understand what he is supposed to do as a parent. It is not easy for me to find another school because this is the one she was expelled from and I think it is right for her. Secondly, I do not believe there is a school I can find for her at this time of year, ”said the parent.

School board chairman Sbusiso Mathunjwa said it was wrong for a parent to say that their child had been expelled from school.

“The student was summoned to a disciplinary hearing last Saturday, accompanied by a parent. Among the charges leveled against her were the alleged principal's snake biting as well as the killing of pupils on school premises, ”said Mathunjwa.

He said at the disciplinary hearing, the parent and student were told that in the event of a student claiming to be doing certain things led by adults, she or she would choose from three options.

“The first is that the student should continue to study but the parent must make a commitment that his or her child will not do the same things again at school. Second, the student should be suspended, treated, and then completed. Or change schools, ”said Mathunjwa.

He said they instructed the parent to write a letter, stating which of the three options he or she chose.

"We are still awaiting the letter," said Mathunjwa.

Asked about the acting principal who is accused of bullying, he said: “All I can say is that there is a division of teachers within the school. Some of them even end up spraying bad spirits on children, even children. ”

Of the students who were allegedly bitten by snakes, he said the issue of student bites was not limited to Sivananda, as well as other neighboring schools, as well as remote schools, where there were cases of students biting.

“It's just the wind that has come to the schools. We can't say it was created by someone, ”said Mathunjwa.

Education spokesman Muzi Mahlambi said the circuit manager had gone to the school on Friday to discuss the matter.

“The student will return to school. He said they were busy talking to various experts about the issue of students hammering things at school because it is an issue that is starting to increase in the modern era compared to the past, ”said Mahlambi.