By RefilweSylvester (self media writer) | 6 months ago

The following content is supplied from Twitter.com and here is the link :

A schoolgirl and her parents were arrested in Botshabelo, near Bloemfontein, for allegedly assaulting a teacher at the Setjhaba Se Maketse school.The group allegedly attacked the male educator for allegedly casting a spell over the learner, causing her to collapse outside the classroom. South Africans were outraged on social media, venting their frustrations about the level of violence prevalent in the country's schools.

BOTSHABELO is a name given to a group of people who live in Bots On Thursday, police arrested a female student and her parents for allegedly attacking a Grade 11 instructor at the Setjhaba Se Maketse Combined School in Botshabelo, Free State. 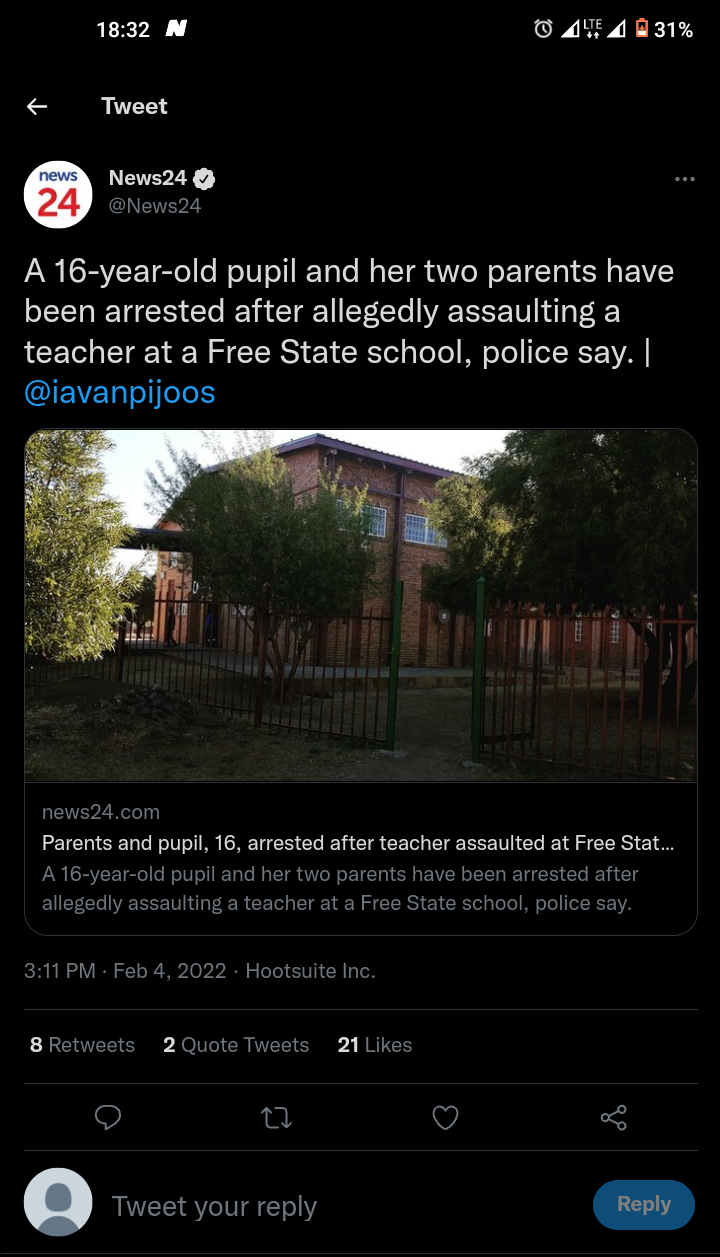 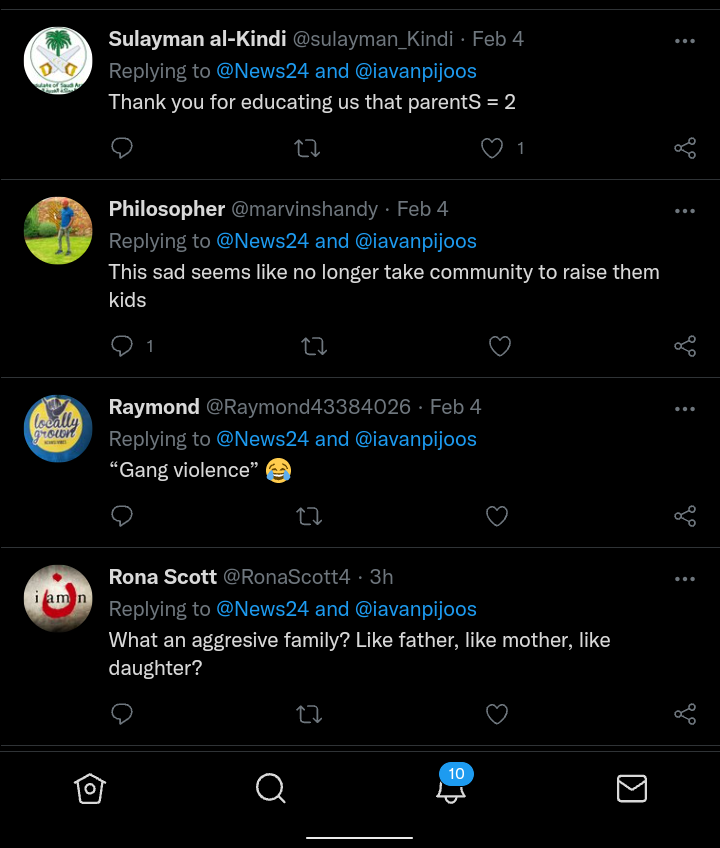 After the learner inexplicably slumped to the ground outside the classroom, the trio allegedly attacked the teacher. Her parents were alerted about the situation and arrived at the school.

SAPS spokesperson Lieutenant Colonel Thabo Covane stated the student, her mother, and father yelled insults at the teacher and beat him up as he left the classroom.

The parents of the learner were arrested and taken to the Botshabelo police station. Meanwhile, the 16-year-old was freed under the Beijing Rules, which include placing a youngster under the supervision of an adult or peer mentor who will supervise the child's behavior.