19 students and 2 teachers killed at school

A gunman started shooting at an elementary school in Texas on Tuesday. 19 students were killed and along with two teachers. It is alleged that the suspect was also killed by law enforcement officials on the scene. 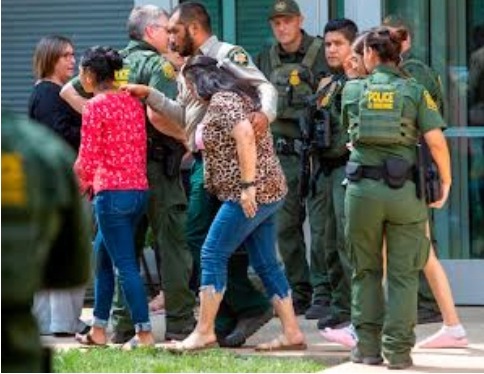 It was reported that the suspect had first shot his grandmother and crashed his car near the school. He entered the premises of Robb Elementary in Uvalde, Texas at around 11:32am, they said. It was said that upon his entrance he just shooting at anyone and whoever was on his way, students and teachers, an official from from Texas Department of Public safety said.

On Tuesday night it was reported that the grandmother was in a critical condition in hospital.

It is alleged that the suspect was wearing a body armor. He exchanged shots with law enforcement officials and several officers were shot. The suspect was also brutally shot at the time of scene.

According to the news reporter, Texas Governor Greg Abbot said that the suspect was only an 18year old male who stayed in Uvalde.

According to the news reporter the suspect had a handgun, high capacity magazines and an AR-15 assault weapon on him.

It was confirmed that the shooter is dead.

Customs and Border Protection agents were also among the officials exchanging shots with the young male suspect. An CBP agent was hospitalised after being shot at the head.

The law enforcement had requested for assistance from the U.S. Border Patrol Agents following an active shooting at the Robb Elementary School, said the Department of Homeland Security spokesperson. 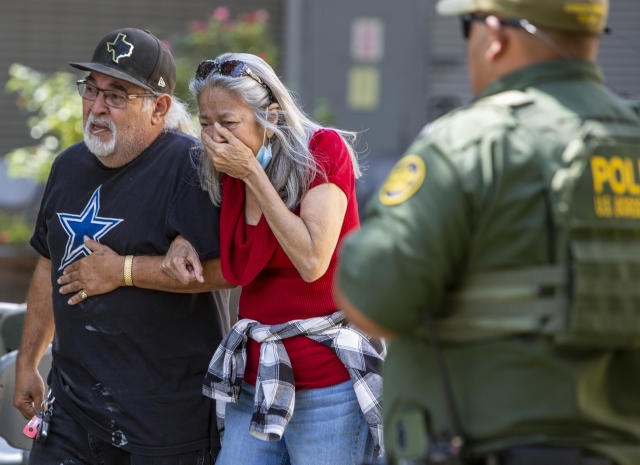 A woman cries as she leaves the Uvalde Civic Center, Tuesday May 24, 2022, in Uvalde, Texas.

At around 2pm it is said that parents were then allowed to pick up their children at a local civic centre.