Fighting Pupils at one of the Western Cape high Schools caught on video. Read this

By Moeletsi (self media writer) | 9 days ago 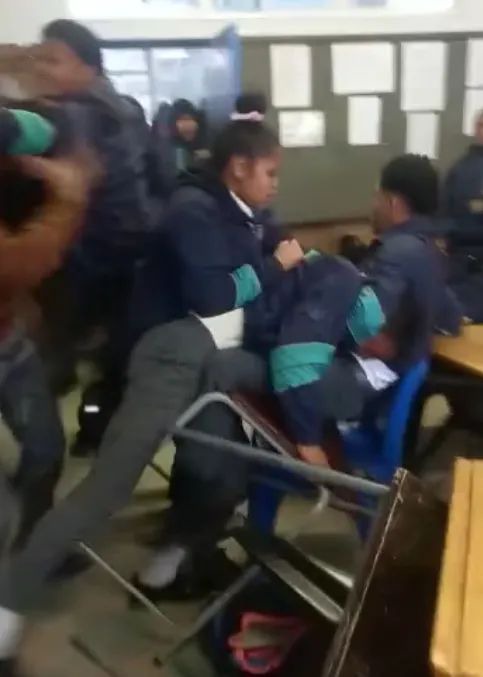 George High School in the Western Cape confirmed that a fight, which was spread on social media, was an isolated incident that took place before the start of a school day.

A video was distributed on social media on Wednesday 3 August of some school learners throwing each other over the classroom desks and balling their fists.

An investigation into the incident has been launched.

"These learners have no respect for themselves, fellow learners, educators and the school. This stems from incidents that happen between groups on weekends and then spill over from their parents' side. The evidence is clearly reflected in their academic results," reads a statement issued by the school on Facebook.

Bronagh Hammond, spokesperson for the education department in the Western Cape, confirmed that 11 pupils were suspended after the incident.

The Director and Circuit Manager addressed the matriculants after the incident.

"The Governing Board of George High School also strongly disapproves of this behaviour. Some learners record these incidents and negative behavior on their mobile phones and then spread it among themselves and on social media."