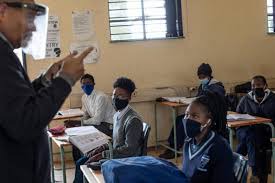 The SABC news reported of the initiative by the Department of Basic Education that have seen a total of 13 subjects being introduced in the South African schools in the previous five years .The subjects were reportedly introduced in the Grade 8 and 9 learners with the aim of assisting learners who may not complete Grade 12 or even proceed to university . Mr Mhlanga said that they had been gradually introducing some subjects to the learners in order to help them have a variety when it came to career options .

The spokesperson said that a research that they carried out showed that some learners were dropping out of school as they did not find anything that was interesting in the system .As a result , the department reportedly decided to open the net wider in order to accommodate all learners .The subjects that were added are skill-based in accordance with Mr Elijah Mhlanga .He went on and said that the subjects were intended to give young people practical experience , other than academic knowledge .Florence asked Mhlanga asked how they were going about offering the subjects as they require infrastructure and resources .She said that there were schools that did not have adequate infrastructure for example Digital Technology , Aviation ,Electrical Technology ,subjects that require adequate resources . 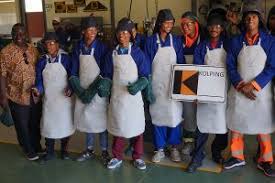 In response , Mr Mhlanga said that the government had been focusing on schools of specialization .He said that in Gauteng there were 16 schools of specialization . So it is not all schools that have offer the subjects .It is only given to schools that have the resources and which are linked to some sectors such as the school that offers aviation in Kempton Park is located there because it is near the airport .These interventions are helpful to learners as that are able to decide on which areas to venture on when they finish their studies .