By Unspoken-Creator (self media writer) | 21 days ago

A young man wins an award and money in the United States for his farming skills, but claims that Nigeria has never recognized him academically. 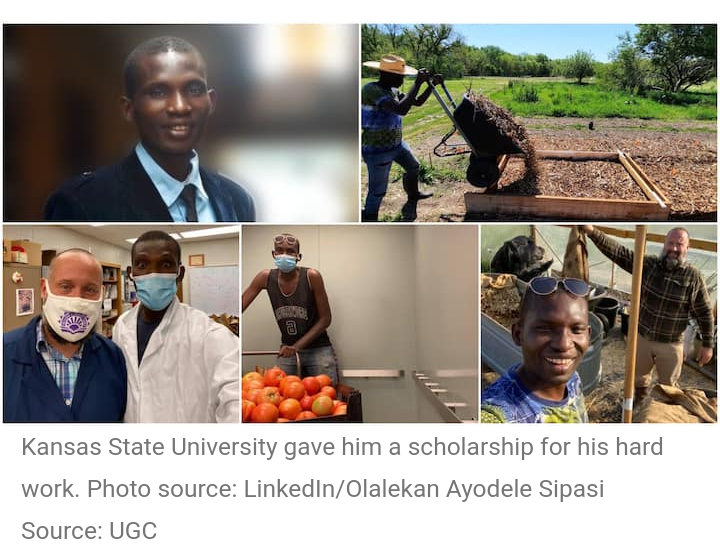 Olalekan Ayodele Sipasi, a Nigerian, stated he received significant academic acclaim in America less than two years into his PhD degree. Olalekan noted that he never received any form of honor throughout his time as a student in Nigeria, a circumstance that Kansas State University changed. Some Nigerians who congratulated him on his new success in his comment section viewed him as a role model.

He received a $5,000 (N2,057,750) scholarship for 2021 and 2022 for his inputs that aided productive agriculture. Thank you to all of my fans. As a result, the Nigerian man expressed gratitude to his supervisor, Dr. Cowan, for his unwavering support throughout his research. They worked from 3 a.m. to 12:30 a.m. the next day, according to Olalekan. He also expressed gratitude to everyone who had helped him during his path. As he moves into the second phase of his investigation, Olalekan said that he will want even more assistance. The agriculture specialist told Legit.ng that despite receiving numerous honors in Nigeria, he had never received an academic award.