Fiction: END TIME IS NEAR: She Told Her Mother She Was Going to Study, See What She Was Caught Doing instead

By Bright_teo (self meida writer) | 7 days 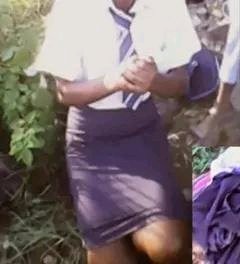 Every night, an undergraduate preparing for the BECE goes home to study at the community library. Her mother was worried that her daughter was leaving every night, but she couldn't stop her because they didn't have any lights in the apartment where she could study.

With her external exams approaching, this girl will continue to spend the entire night away from home in the name of learning. Her mother attempted to persuade her to complete all of her schooling during the day every time school was dismissed, but she refused, claiming that those hours would be insufficient.

Since they lived in a small village in the countryside, the only source of power was a solar system, which they couldn't afford. The government had only built one solar panel in their city, and that was in the library.

Her mother clarified that she had been coming here for the past two months on a regular basis. Every single one of the students was taken aback by what she had to say. One of her teachers also said that she tried to persuade her to study with her colleagues at the library late at night, but that her parents refused. 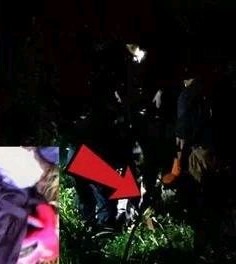 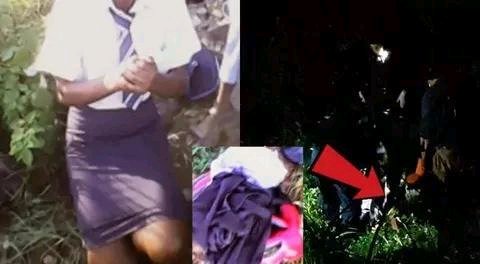 So she went about her business before her mother decided to check in to see if her daughter was really studying as she said. That night, she went to the community library about 10:00 p.m., but she was not there. When she inquired of those present, they informed her that she had never come to study here.

The mother remained at a safe distance, while the daughter proceeded to a tick bush. She went after her daughter, and it broke her heart to find her where she had always been. Her mother noticed her mingling with a group of other young people. She tossed her books on the floor as soon as she arrived, and one of the girls offered her a change of clothes. They bemoaned the fact that she was even late.

The mother was on the verge of breaking down in tears. She was both saddened and concerned about her daughter's actions. The mother returned home without informing anyone of her whereabouts. When her daughter arrived, she pretended everything was normal. She then watched her as she headed back to her "library" the next evening.

The girl's mother emerged from behind the bushes as soon as their leader finished assigning them. Many of the young girls were taken aback and terrified that she might witness them doing what they were doing. The adult woman, on the other hand, attempted to humiliate him. As her daughter sobbed, the mother reached for her daughter's ear. There was nothing she could do at the moment to save the situation other than call the cops.

After they had finished dressing, a wise woman who appeared to be their leader assigned a number to each street in their town. Prostitution was a way of life for them.

With her head buried in guilt and humiliation, this woman went to pick up her daughter as well. After all these years of swimming and preparation, this was how her daughter intended to repay her.

Police apprehended and arrested the chief, who was now attempting to flee police custody. The girls were both taken to the police station, but because they were juveniles, they requested that one of their parents pick them up the next morning.

What are your thoughts on the matter? We're looking forward to hearing from you.

Content created and supplied by: Bright_teo (via Opera News )

Ntsiki Mazwai: AKA’s music must be muted on Radio stations

Our ancestors talk to us in so many ways

If your woman has a beard you should celebrate. Here is why (OPINION)

"Daddy's girl" The Queen actress smitten by her baby daddy with their daughter.