When University of KZN graduate Dumisani Ngobese broke down in tears as he did not have a suit for his graduation, South Africans were touched.

But at a party in his honour in Umhlanga on Thursday night, the 23-year-old was kitted out in a designer suit and shoes.

An image of Ngobese weeping after being capped for his BA degree last Friday went viral and sparked an outpouring of offers to help the youngster from Bhukhanana, a village near Empangeni.

Ngobese, who was raised by his grandmother in a household of 16 children, now has a job too, thanks to Durban businessman Calvin Mathibeli who offered him work shortly after his photographs trended on social media.

Mathibeli was so moved by Ngobese’s story that he decided to create a permanent post for him and pay for his coming Honours degree. 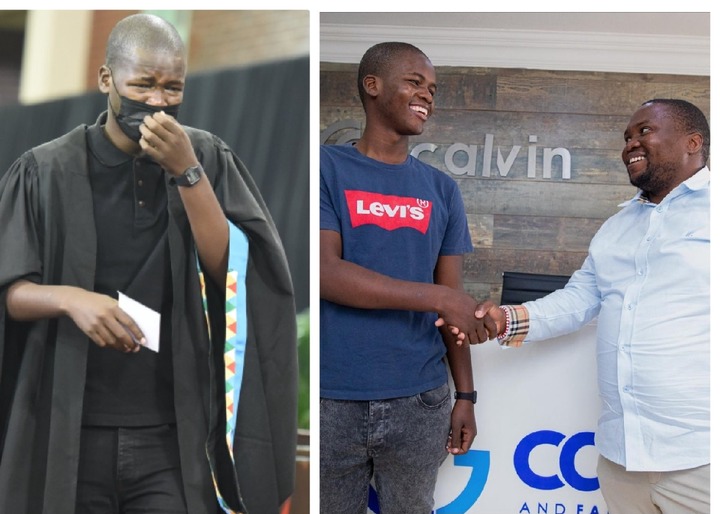 She shared the picture on her social media platforms, which struck a chord with her followers.

“Some of them instantly pledged to make generous donations. He deserves it. That’s truly how I felt,” she said.

Businessman Xolani Zuma forked out thousands of rands for Ngobese’s suit and shoes for the party.

Zuma said Ngobese’s poverty-stricken upbringing resonated with him and prompted his help.

Ngobese, whose degree was funded by the National Student Financial Aid Scheme, said his household chores growing up included collecting firewood, which he still does. 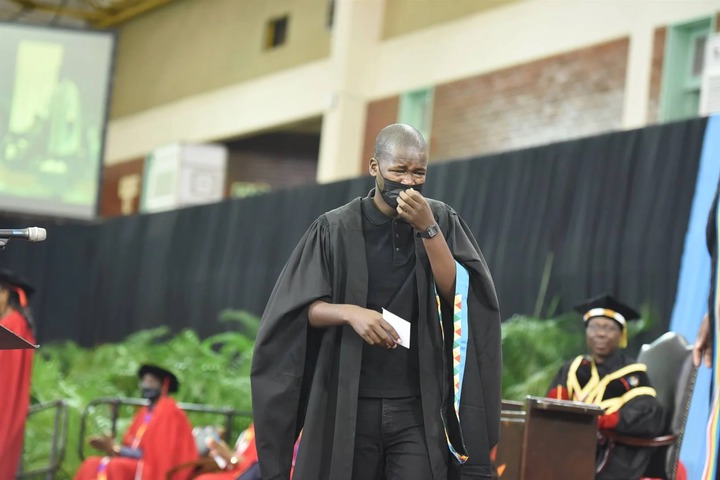 He said his road to academic success had not been easy. “I had to sweat for what I’ve got,” he said. “I was determined to walk on stage even though I was having trouble finding trousers. I told my mother that I would be attending my graduation regardless,” said Ngobese.

He is overwhelmed at the attention he received on social media. “Some people are still asking themselves what had got into this young man who started weeping,” he said.

“Everywhere I go people want to take pictures with me.”

Ngobese, who majored in tourism and English, will start his new job this week. His role at the company is being finalised.

“I am elated and I thank God for being good to me. I also thank all the people who have been supporting me,” said Ngobese.

Mathibeli, his new employer, will pay for Ngobese’s postgraduate studies.