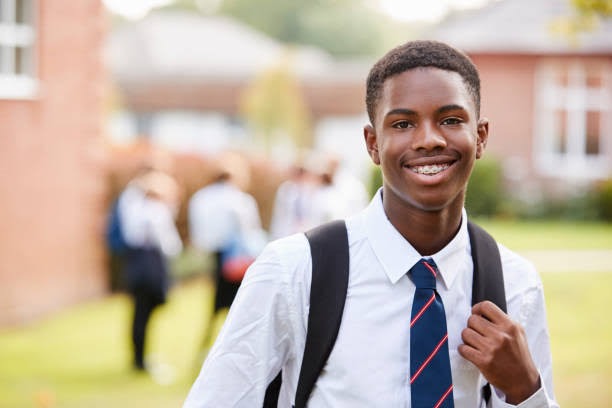 “Friends change, locker combinations don’t.” That was a little phrase all the teachers told us in the beginning of middle school to keep us from telling our friends our combos. I think everyone thought, ‘yeah friends will change but my friend group will definitely stay together’. And it didn’t. And the same happens in high school. And sometimes you lose friends and don’t gain any. When I was in elementary school, I had a close group of friends which gradually broke apart in middle school and then in high school I had about 4 friends but definitely didn’t have a friend group or a best friend. The friends I had were all really good, cool people and I’m very thankful for that, but I changed a lot in freshman year and therefore didn’t have much in common with really anyone in my school. I only hung out with people a handful of times each year while it seemed like other people were hanging out with their friends every weekend.

While I don’t mind being alone since I’m a very introverted person, my mom has always made me feel like shit for not being very social and not hanging out with people often. It can be hard to accept yourself when you have someone or many people making you feel like theres something wrong with you or not good enough about you. Especially with social media where people are constantly posting about what they’re doing with their friends, we may compare ourselves to them and wish we had as many friends as another person or didn’t feel so left out all the time.

I can’t tell you how to overcome this feeling completely because I guarantee my mom will make some comment to me in the future like the ones she’s always made and it will still get to me. All I can say is that it is perfectly okay to not have a best friend, not have a friend group, not have many friends, or not have any friends at all. Not having strong social connections allowed me to spend a lot of time going inward. And that’s what you can do if you’re in a similar situation.

The most important relationship is the one you have with yourself.

Just like trying to get others to think you’re cute and all, trying to be popular is a complete waste of time and is very meaningless in the grand scheme of things. When I was in middle school I had wished I was more popular but then as I got to high school I realized that was dumb… so I acknowledged and embraced my irrelevance and let me tell you, being irrelevant is actually quite nice. No one pays attention to you and therefore you don’t have to worry as much about others judging you.

The need to fit in is also strong during HS which is understandable. It’s not fun to feel like you don’t belong somewhere, that people don’t accept you for who you are, or that people judge you for doing or not doing something. I don’t want to sound like a mom but don’t do things like going to parties and drinking or even going to football games just because people would think you’re weird for not going to them. Or if you want to join the debate team but your friends think its lame, you should still do it. And find better friends while you’re there.

YOU DON’T NEED TO PROVE YOUR LIFE ON SOCIAL MEDIA

One of the best things I did for myself during high school was stop posting on Instagram and delete all my previous photos. There was a time where I was so worried about taking a good photo, getting a lot of likes on it, and trying to prove myself and my life through my posts. I knew a lot of other people who were like this as well. I remember (in middle school is mainly when this happened) some of my friends would tell me and our other friends when they posted a new photo so we could go like it right away. We were all so concerned about our social media statuses and worried about posting something not cool enough to get a good amount of likes.

So many people, in and out of HS, feel this need to post cute pictures of themselves to try to shape how others view their appearance and post when they’re hanging out with friends or going to cool places to show that they do have a life. Every time someone from my school went on vacation, you’d know because they’d post a picture of it. Every time people would hike to this popular overlook in my city, you’d know because everyone who went would post a picture.

So I basically deleted my IG and immediately felt a huge sense of relief. Don’t feel like you need to post things to prove to everyone where you’ve been, what you look like, or how social you are. Again, it’s absolutely not going to matter at all once you’re done with high school.

ASKING QUESTIONS DOES NOT MEAN YOU ARE STUPID

When I was in school, asking questions made me feel stupid. I would often avoid getting up to ask simple clarification questions regarding homework or tests because to do so would have made me feel like I wasn’t smart enough to figure it out on my own. I knew how dumb it was to think that way but I still did. Even when I did online school I didn’t like to ask very many questions. So please don’t be afraid to ask your teachers or classmates for help. It might be a strike to the ego but at the end of the day it will only ever benefit you- then and in the future.

In my opinion, it is very hard to really know what kind of career you want to pursue when you really haven’t experienced much of the world yet. When you spend so much of your time at school and don’t have much independence, you have a limited view of what might interest you.

By switching to online school (for 11th and 12th grade) where I could finish a weeks worth of school in a day, I discovered so much more about myself through that extra time I had. By traveling in a van across the US for 4 months, I learned even more. I of course learned a lot about Shakespeare and atoms in school but it’s usually the non-school experiences you have that help you gain a better understanding of what you want and what interests you.

The best simple piece of advice I can give those who have the options between going or not going to college but don’t know which they should choose: take a gap year. Get a job somewhere or if you have money saved up, do some traveling, or do both. Don’t worry about what those around you are doing or if everyone else is going to college- what should matter most is doing what is going to be the most beneficial to you. By taking this year, you have time to save up money (if you’re working) and experience life in a different way.

Content created and supplied by: Mfundo04 (via Opera News )