SAPS & pupils are fighting one another at Heathfield High School. Here is why? Video went viral. 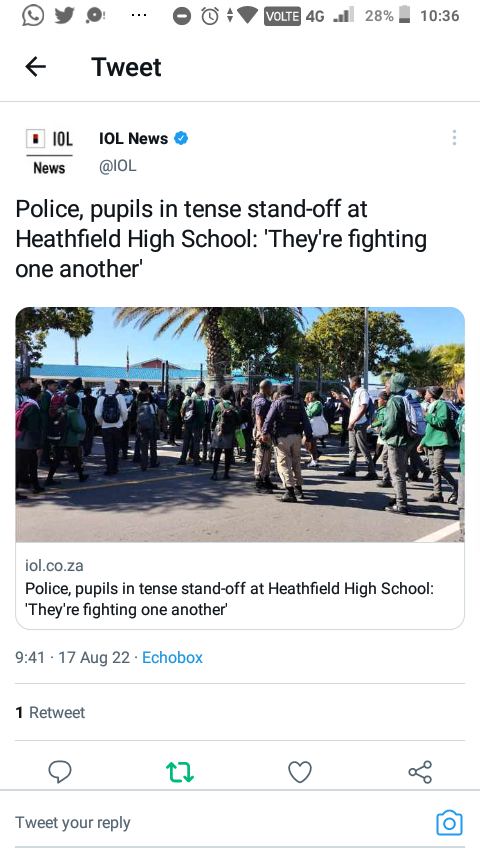 Heathfield High School students, police, and metro police had a heated standoff when the school requested help with rowdy students.

Police checked students and found firearms and drugs. Two males who posed as students were apprehended.

On Monday, a circular alerted parents that police enforcement would be at the school daily starting Tuesday.

Police would man school gates and charge students with illegal drugs and weapons.

We are concerned about the aggressive hostility demonstrated by students during conflicts and the illegal substances detected in some students' hands, according to a school circular.

Some students caused a commotion that led to violence against police. The SAPS helped stabilize the situation.

Up to 15 police vehicles, including a tactical response squad, were on the scene.

School management told teachers to notify parents via WhatsApp of the unrest and to retrieve students.

An officer announced the dismissal of students before 12 p.m. Officials intervened after several student fights.

A parent complained anonymously that the school was unsafe.

"My child isn't safe here; she has to leave." I'm afraid to send my child here. I'm crying because it's so bad; he begged me to remove him from school. small gangsters

He taught himself to pass the June exam because he wasn't learning. They're arguing over nonsense. This morning, a parent hit a boy.

Jason Cozett lost his daughter. A family member told Cozett about the turmoil.

Some students outside the school were violent, Dyason claimed.

Thirty officers were at the school to prevent narcotics or weapons from being carried in. 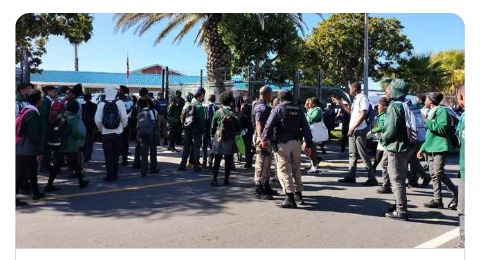