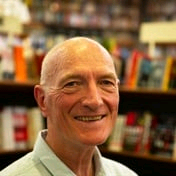 Edwin Cameron is now in charge of Stellenbosch University as its chancellor.

It comes just a few days after an alleged racist incident at the Huis Marais residence put the university in the news.

Cameron said that people deserved to go to a university where there was no disrespect, hatred, or degrading behavior.

Edwin Cameron, who used to be a judge on the Constitutional Court, became the 15th chancellor of Stellenbosch University on Wednesday evening at the Kruiskerk in Stellenbosch.

It happened just a few days after the university was in the news for an alleged racist incident at the Huis Marais residence, where a student, Theuns du Toit, urinated on the belongings of another student, Babalo Ndwayana.

Professor Wim de Villiers, the university's rector and vice-chancellor, said it hurt him deeply that Cameron's formal installation was happening in a way that reminded him of the "repugnant, oppressive practices of a bygone era."

"As you probably already know, there was a very sad event in one of our homes over the weekend. "You can be sure that we have taken the right steps, according to our code of conduct, to deal with this matter decisively," he said.

De Villers said that Cameron shared the university's vision, which was to give all of its students a life-changing education.

"And as the ceremonial head of the university, Justice Cameron has definitely lived up to all of these values in ways that encourage our academic project to strive for excellence." "But what's more important is to use this national asset to make sure that everyone who chooses Stellenbosch University as their school of choice has equal access to opportunities," he said.

Cameron, who is a professor, lawyer, and author, was chosen to be the university's chancellor in September 2019.

Shortly before he was officially installed as chancellor, he told News24 that what happened at Huis Marais made him feel bad.

Cameron said, "We deserve a university that is free of the disrespect, hatred, and degrading behavior that happened in Huis Marais on Sunday when a white student urinated on the study materials of a black student named Babalo Ndwayana.

"Our sense of national dignity and self-worth gives us the right to speak out against all of these things and demand better. I am proud to be a part of all the ways in which Stellenbosch University embodies these."