By BlueSeaInternational (self media writer) | 5 months ago 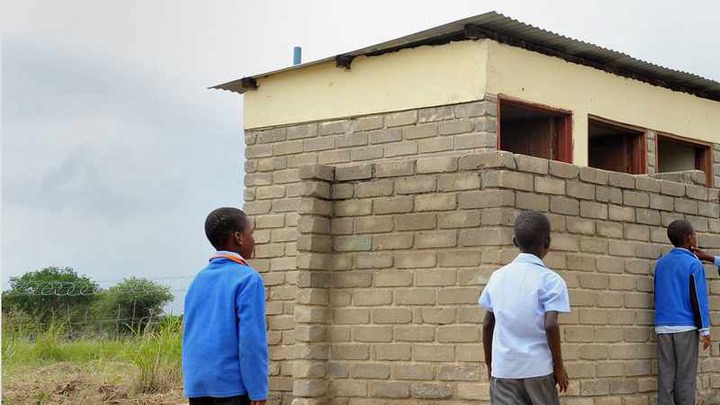 The Basic Education Department has again extended its own deadline of eradicating pit toilets in the country’s public schools.

depended on pit toilets following indications in the Eastern Cape, KwaZulu-Natal and Limpopo.

Tito enquired about the current total number of schools that have pit toilets and what action was being done to totally eradicate them.

In her response, Motshekga said the provincial departments had identified 3 898 schools at the start of the Sanitation Appropriate for Education (SAFE) initiative.

She said there were presently 2 814 schools on the SAFE programme and the upgrading of sanitation has been completed at 1 564 schools.

“The balance of the schools is scheduled for completion by the end of 2022/23,” she said.

However, when the minister was asked last year by Tito’s colleague Reneiloe Mashabela, she set 2022 as the deadline.

In a dramatic turn of events, Motshekga gave this an indication that the number of affected schools could be more.

She said the department was currently engaging with provinces to establish whether such provinces became aware of additional schools dependent on basic pit toilets.

“Early indications are that there are some additional schools in the Eastern Cape, KwaZulu-Natal and Limpopo,” Motshekga said.

The turn of events takes place against the backdrop of Amnesty International last week launching a campaign to track and monitor schools relying on pit toilets.

Amnesty International has put the number at 5 167 of schools that do not have proper ablution facilities and still use pit toilets.

Yesterday, Amnesty International SA campaigner Sibusiso Khasa said the lobby group was concerned that the government kept moving the deadline when it came to eradicating pit latrines and ensuring that all schools have proper and safe sanitation facilities.

He said their pit latrine tracker sought to hold the government accountable.

Khasa said the tracker provided reliable data and regular updates regarding the number of schools with pit toilets and to be eradicated of all pit toilets by the end of February 2023.

“We call on people to go to our website www.amnesty.org.za and sign the petition that accompanies the tracker and demand the Department of Basic Education to immediately provide a clear plan to eradicate pit toilets in school across South Africa,” he said.

Eastern Cape led the pack with 2 236 schools, followed by KwaZulu-Natal with 983, Mpumalanga 59 and North West 19.

The commission also found that close to half (44%) of Eastern Cape schools used pit toilets as their primary ablution facilities while 83% of schools in KwaZulu-Natal were primarily reliant on pit latrines and ventilated pit latrines for ablutions.

The report also indicated the following:

* 199 schools were reported to not have any sanitation facilities in the Eastern Cape;

* A total of 30 270 learners and 885 teachers are reported to be at 59 schools which are reliant on pit toilets in Mpumalanga; and

In December, the commission threatened to take the provinces to court and President Cyril Ramaphosa had in his latest State of the Nation Address announced the introduction of “an innovative social infrastructure delivery mechanism to address issues that afflict the delivery of school infrastructure” that was being piloted in the Northern Cape and Eastern Cape.

Dead Body of A Little Boy Has Been Found In A Dam At Polokwane, Look At What Happened To Him