Controversy And Corruption Among Members Of The School Destroyed The School.

Members of the governing body of Nkongolwana Primary School in Vryheid have been accused of selling the position of principal.

It is alleged that the school last had a principal in 2016 after the former principal retired. The appointment of a successor is said to have been a source of controversy and corruption among members of the school governing body. 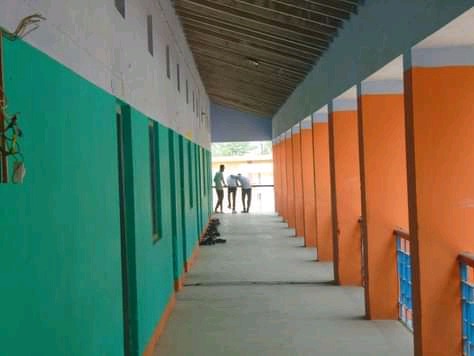 Mduduzi Buthelezi, who identified himself as a parent and spoke to Solezwe, said the absence of the school's principal had caused a great deal of damage. He blames the school for being Machanca, a playground for thieves because it was also burglarized.

“Many parents have decided to expel their children from school.

There is no leadership, the school has no head for too long. It is a very unsatisfactory situation that happened at our school which was amazingly good, ”said Buthelezi.

A member of the school governing body and acting mayor of EbaQulusini Municipality, Mncedisi Maphisa, accused the chairperson of the governing body, Nqo.

Investor, by conspiring to sell the principal's space.

“It is unfortunate that we have not yet set the dates for the election but the position has been sold.

What evidence do they have that the title was sold? ” asked the Planter.

He accused the former school governing body of trying to sell the post of principal.

an investigation that resulted in the council being dissolved and due process, the space re-advertised.

On the other hand, Maphisa said he had been asked by parents of concerned children to come to the school because they suspected embezzlement. He said R300 000 worth of cameras had been installed as burglaries and school supplies were broken into.

Mtshali denied the allegations and said parents were sending children to vandalize property in an attempt to tarnish the image of the new leadership.

Maphisa said no school budget had been presented to the parents but Mtshali was in the process of selling the position.

“He has nominated his successors to sit at the principal's nomination meeting, while those who are not on his side are left out. There is so much wrong with the acting principal, that I personally have written to the department three times to report it, ”said Maphisa.

He said the situation inside the school was appalling and wished the department had intervened immediately to avoid further damage due to corruption.

He said that's why he agreed to approach it when asked by his parents with the intention of being theirs when things went wrong.

Mtshali accused Maphisa of being a terrorist, inciting violence among members of the school governing body. Attempts to get the Department of Education to comment were unsuccessful.

The Ekurhuleni Student Gets Stabbed to Death by a Friend For Qualifying to Write All Her Exams.