Limpopo|| 13-Year-Old Girl Caught Bleeding At School, This Is What Happened To Her In The Morning.

By Abukhalid (self media writer) | 3 months ago

A 13-year-old girl arrived at school bleeding on Monday, and her teachers were taken aback when they learned what had happened to her. 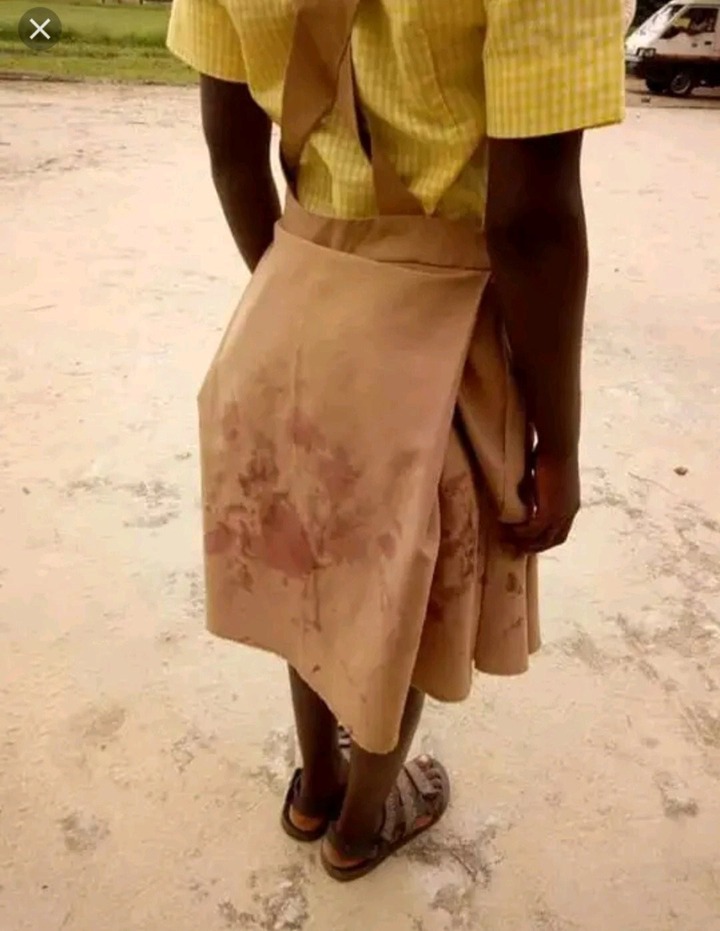 Residents of Tjatane village in Ga-Makgeru have lost hope after a terrible tragedy.

After what her father reportedly did to her in the morning, a student (13) went to school bleeding on Monday.

The learner's instructors apparently noticed her bleeding in the morning and mistakenly assumed it was just her periods.

Unfortunately, the learner shared devastating facts about her guardian and what he has been doing to her since her mother left to follow her ancient calling. 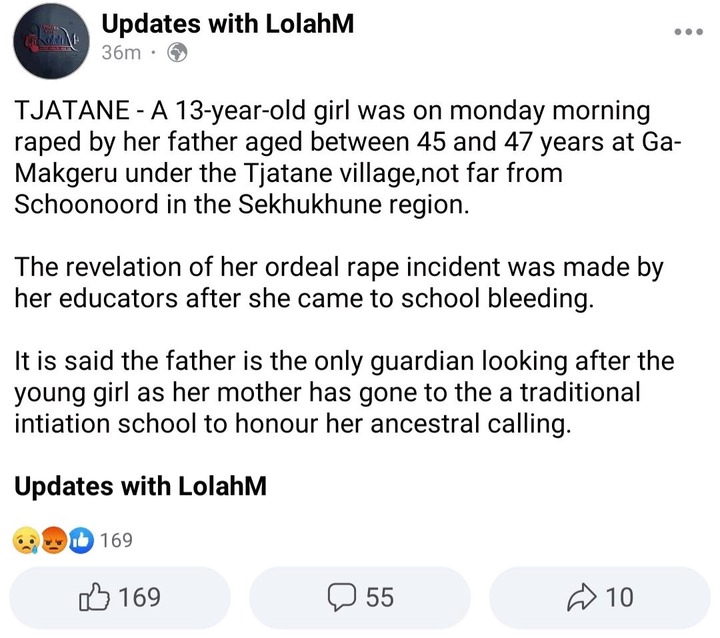 Her father, who is said to be between the ages of 45 and 47, reportedly raped her, according to the learner.

The incident occurred in the morning, just before the 13-year-old went to school, according to reports.

According to reports, the pupil lives with her father only because her mother has gone through the traditional initiation process.

Teachers were taken aback when they learned that the learner's biological father was to blame for her bleeding. 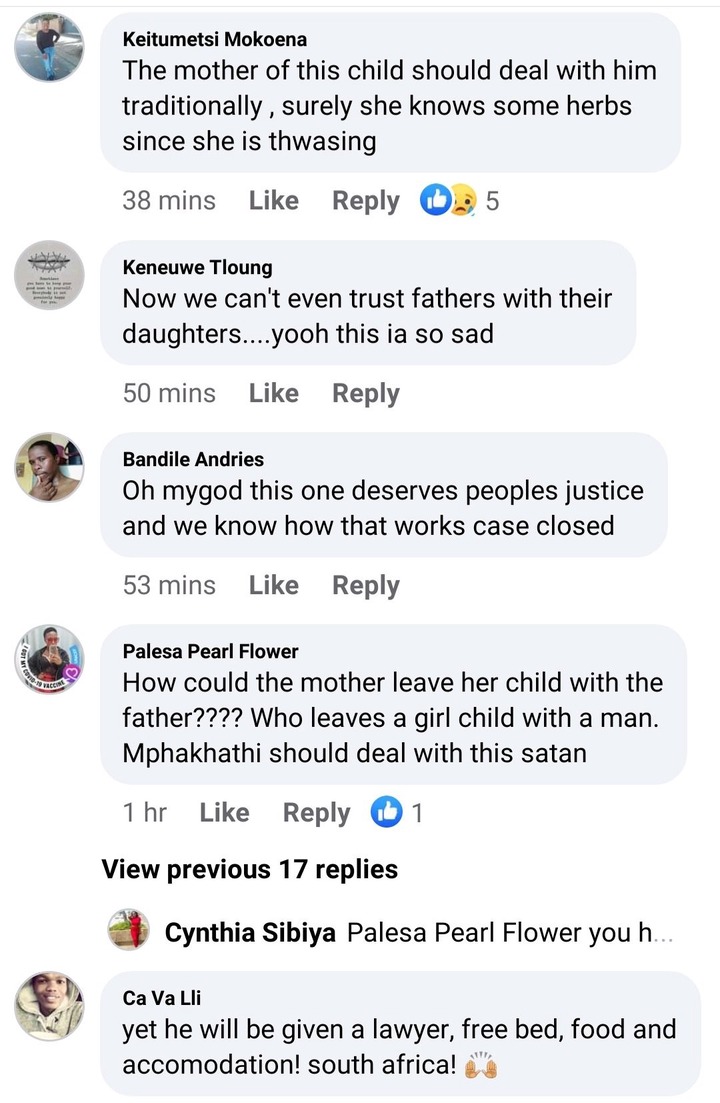 What little girls go through in the hands of their fathers is heartbreaking to witness.

Unfortunately, the father was supposed to safeguard his daughter, but he ends up abusing and raping her.

Residents are enraged after the incident was exposed, as well as the fact that the student arrived at school bleeding.

The schoop wants the police to investigate the event and arrest the suspected father for raping his own daughter.

The incident has left people stunned, and they are calling for the police to intervene.

It appears that this is not the first time the father has caused such a dreadful situation in front of his own daughter, and the small child was sadly bleeding this time.

It's unfortunate that the mother put her trust in her husband to care for their daughter, but it turned out to be the worst decision she could have made.

What are your feelings on the situation? Please express your thoughts in the comments section.

Content created and supplied by: Abukhalid (via Opera News )

Teacher shot in the face while protecting student from armed thieves. 2 suspects are ex schoolmates

The Taxi administrator has been reportedly dead after this happened. Check out

Mzansi People Left Very Happy After Thembi From Dlozi'Iami Did This