By Warrior_writes (self media writer) | 11 days ago

Some of the most harmful, yet frequently occurring, changes to adolescent brain development are caused by drugs and alcohol. They alter the wiring of the brain and have an impact on how it receives information and retains it, which includes how a teen thinks, focuses, learns, recalls, and concentrates both inside and outside of the classroom. 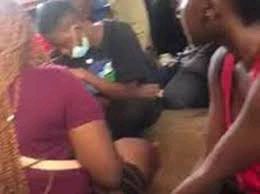 Drug usage is all too frequent among teenagers and in schools, despite the dangerous nature of early substance use.

As of right now, 31 pupils from Mirera Mixed Day Secondary School in Naivasha, Nakuru County, have been placed on six months of probation by the police because they are accused of using marijuana at a classmate's birthday celebration.

According to claims made by the police, more than 31 teenagers were detained at the school's entrance in broad daylight following a tip from the general public.

According to the National Police Service, the government also found a matchbox, a gas lighter, a sticker for a bamboo roller, and two Rizla rolling papers.

The police were then informed by the school and took immediate action.

The youngster is being processed in preparation for Wednesday's arraignment.

"This should serve as a caution to all students to stay away from activities that could lead to criminal activity, such as drug usage and other vices. Drug and substance abuse simply results in self-destruction and offers no benefits in life "explained NPS.

Police had received complaints from nearby residents about noise coming from the student's home during the birthday celebration. 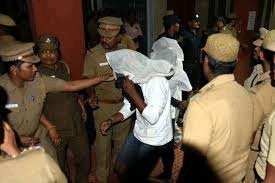 According to the authorities, before their parents were informed, the staggered students—among them were 20 boys and 11 girls—were first detained at the Naivasha Police Station.

According to Mr. Kamau, "They said that they were celebrating the birthday of one of their own, thus the choice to have a good time."

He stated that all students will be required to attend the counseling sessions.

"Cases involving those who fail to appear will be returned to the police station. That demonstrates how serious we are, said Mr. Kamau.

After classes on Monday evening, the suspects are said to have congregated at a schoolmate's home in Mirera Estate where they allegedly engaged in binge drinking and bhang smoking.

Some of the kids were very inebriated when we arrived following a tip, while others were high on marijuana, according to one of the police.

When the police arrived to the school right away, they were shocked to discover used cigarette bundles, alcohol bottles, and many rolls of hashish hidden inside the students' handbags and school boxes. About eight of them, according to the policemen, were able to flee before their colleagues were caught.

The alleged students, who ranged in age from 13 to 19, were enjoying a house party in a nearby town when neighbors alerted authorities after suspecting them of possessing illegal narcotics, according to the school's deputy principal.

The student's parent who was hosting the party at her home asserted that she was unaware of what transpired. She afterwards gave the police a statement that was recorded.

Before releasing them, we will question each person in front of their parents.

Bond will also be provided for them. Before filing accusations against the house's owners, we will also question them, he added.

Waweru continued, "Most of the students were drunk at the time of the arrest and were unable to make wise decisions."