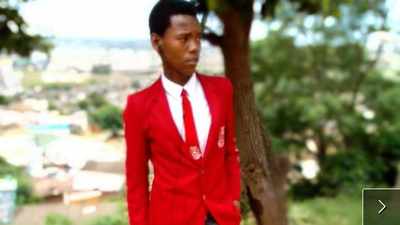 On Tuesday morning, a student reportedly slashed and murdered another with a machete in KwaBester, Inanda.

Simphiwe Sikhakhane (17), a Grade 11 student at JG Zuma High, stepped out of the school gate to get the books when he noticed Sabelo Khoza (16) waiting outside.

Sabelo's family stated that they were in Grade 9 at Kusasalentsha Secondary School in Inanda and were taking use of free WiFi.

An dispute erupted between the two friends, with Simphiwe demanding money from Sabelo.

The scene allegedly grew so heated that Simphiwe produced a knife from his luggage and grabbed Sabelo by the throat before stabbing him in the heart.

Sabelo was brought to a clinic in Inanda's Newtown C, where he died.

At the time, it was alleged that Simphiwe, who was escaping in a uniform, had been slain by Sabelo's people.

Simphiwe Sikhakhane (17) was allegedly stabbed with a machete, bottles, and knives, and his mother was discovered drenched in blood.

Khoza, Sabelo (15) Sabelo's sister, Anele Khoza, stated her brother was paid with R10 when he learned Simphiwe wanted him.

Ms. Lethiwe Sikhakhane, Simphiwe Sikhakhane's mother, is accused of stabbing and killing Sabelo Khoza at Bester, Inanda. SIMPHIWE NGUBANE is the photographer. "Sabelo was a decent, quiet youngster who was about to enroll at a new school in Phoenix today (yesterday)," Khoza explained.

He stated that Sabelo went home at 8 a.m. with the intention of connecting his smartphone to the internet, but that he afterwards fainted on the floor and was stabbed.

Simphiwe's mother, Ms. Lethiwe Sikhakhane, fell into tears as she sat by candlelight and recalled her kid being murdered like a dog. He said that there was no tissue without a hole.

"It seemed like the community was beating up a thug who had been tormenting us in the neighborhood." My son was not a bother; he valued school and attended church in Nazareth. We believe he was stolen of his money and possessions by the youngsters that live close JG Zuma. "Because you are repeatedly harassed and robbed, you may become enraged and stabbed," Ms. Sikhakhane added.

Kwazi Mthethwa, a spokeswoman for the KwaZulu-Natal education department, described the violence as "awful" and "unfortunate."

He extended his sympathies to the departed families and stated that the occurrences were being investigated by law enforcement officials.

Lieutenant Colonel Nqobile Gwala, a spokesperson for the KwaZulu-Natal police, said two murder investigations were being probed by the Ntuzuma police station.

According to Lt Col Gwala, two children were stabbed outside the school gates, but the motive for the death was unknown.

In Pictures: Get to know Dakalo Molope ‘Mo’ from Scandal in real life