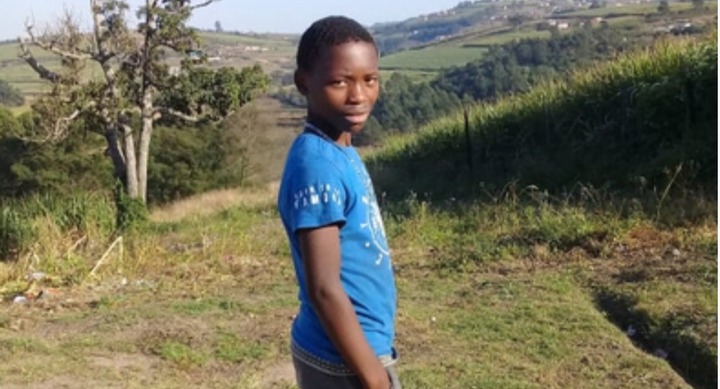 Akhona Vidima (16) who was studying Grade 9 at Swaimane High School, was said to have been killed on Thursday, near the toilets.

THE FAMILY of a student who was allegedly hit with a brick and then strangled to death by other students inside the school premises in KwaSwayimane, on Thursday, says they want answers about the incident.

According to the deceased's sister, Ms. Mpume Mkhathini, they found out on Friday, from other students, that the deceased was killed by other children.

Narrating to the source, she said the deceased had a history of disagreements with children who were a group of bullies, who were harassing others at school.

She said he was a person who could not tolerate the abuse of other students by a group of thugs.

"It is said that on the day of the incident, there was a confrontation between him and this group in the playground where they were torturing other children, and he will intervene as usual. It is said that from then on, there was bad play, until they returned to the classrooms," said Ms. Mkhathini.

She said when he returned to classes, the deceased went to the toilet, and the group followed him, and attacked him there.

"We found out that they first hit him with a brick before they strangled him until he foamed at the mouth and blood came out of his nose," said Ms. Mkhathini.

He says they found out that when they saw that they were going to kill him, they stripped him of his clothes and poured water on him.

She says that it was at that time that they were sitting with his body when another girl, who saw what was happening, ran to the teachers' room to tell them what had happened.

"The teacher who was there told the killers to pick up Akhona and take her to the staff room. That's when the teacher called another child to pump her," she said.

He says that some time ago, another child asked to feel his throat, and she said that the coronary artery was no longer working.

"Then they rushed him to the local clinic, when they arrived it was confirmed that Akhona had been silent," said Ms. Mkhathini.

She said they did not like the way the matter was handled.

"The killers were caught sitting with Akhona, after he was silent, they kept pouring water on him, and told the teachers that he had fallen. That is what the police told us, even though it is not true. And why was he not rushed to the hospital, we do not know why that was not done?" she said.

She said that since the school has cameras, they want them to be checked, so that it can be seen what happened on the day of the incident. He stated that the school no longer wants them to see the cameras, saying that the inspector said they could not be shown.

The spokesperson for the KwaZulu-Natal Department of Education, Mr. Muzi Mahlambi, said they have information about the incident.

"I was informed by a parent on Friday night. When I informed the district and circuit office and asked them about the incident, I found out that the officials did not know anything about it. There are disciplinary measures that will be taken against the principal because he did not report the incident," said Mahlambi.

The KwaZulu-Natal police spokesperson, Lieutenant Colonel Nqobile Gwala, said that the man's death is being investigated by the Wartburg police.

"It is said that on August 4, a 16-year-old student fell at the school in KwaSwayimane. He was taken to a nearby clinic where it was confirmed that he was already dead on arrival. The cause of his death is still being investigated by the police," said Gwala.