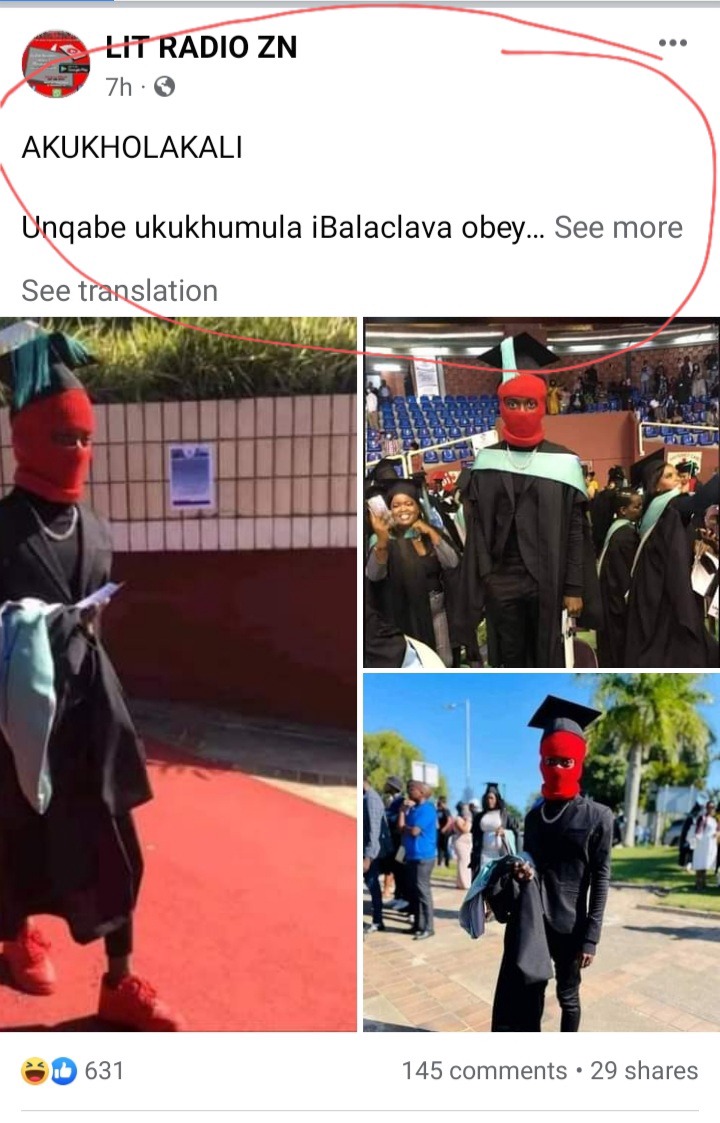 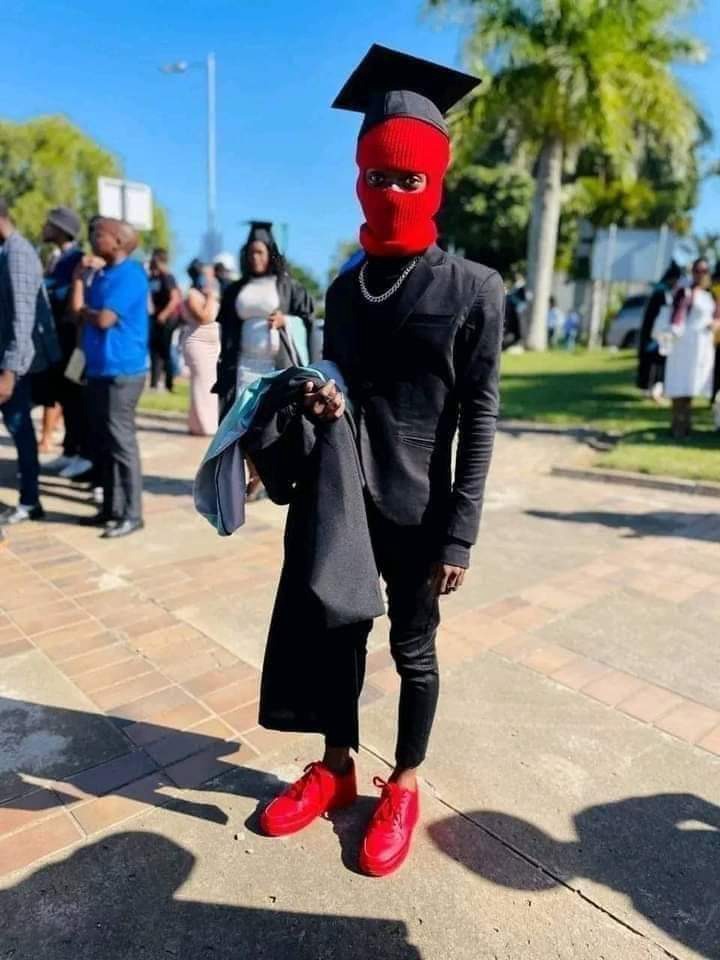 Mzansi were left disbelief after seeing a young man who recently Graduated. Its thise time of the years that many people are graduating and we have seen many people celebrating with their families. Not long ago we heard about the young man who recently graduated without any formal outfits. Today we come across a young man who went to the graduation ceremony wearing balaclava on his face. The intelligent boy does not want people to know him because his smart. His afraid that if he can take off balaclava people will know who he is. People in social media believes that they boy understand where he is coming from as it is not the first time. 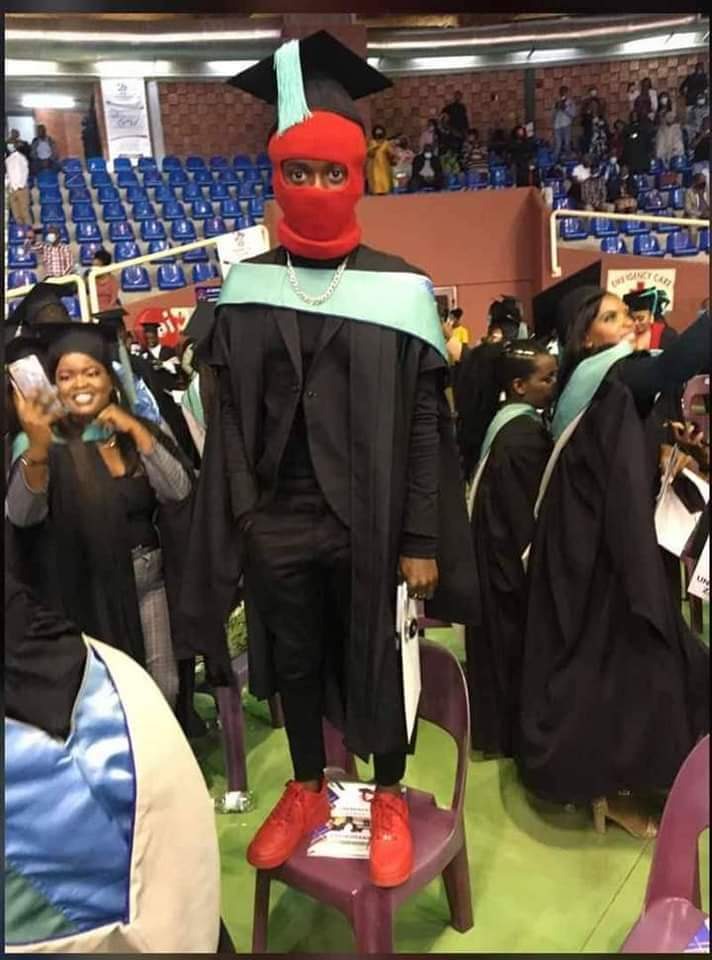 One of student who recently graduated from the University of Zululand, In KwaZulu-Natal is refusing to take off his balaclava following the reason that his scared that people might bewitched him. According to the source it is said that its not the first time the young man did it, it's happen that it's something that he usually dies, to hide his face because his scared that people might bewitched him. The boy has left people talking in twitter with negative reactions. His followers have been asking if there are really a people who tried to bewitched him. 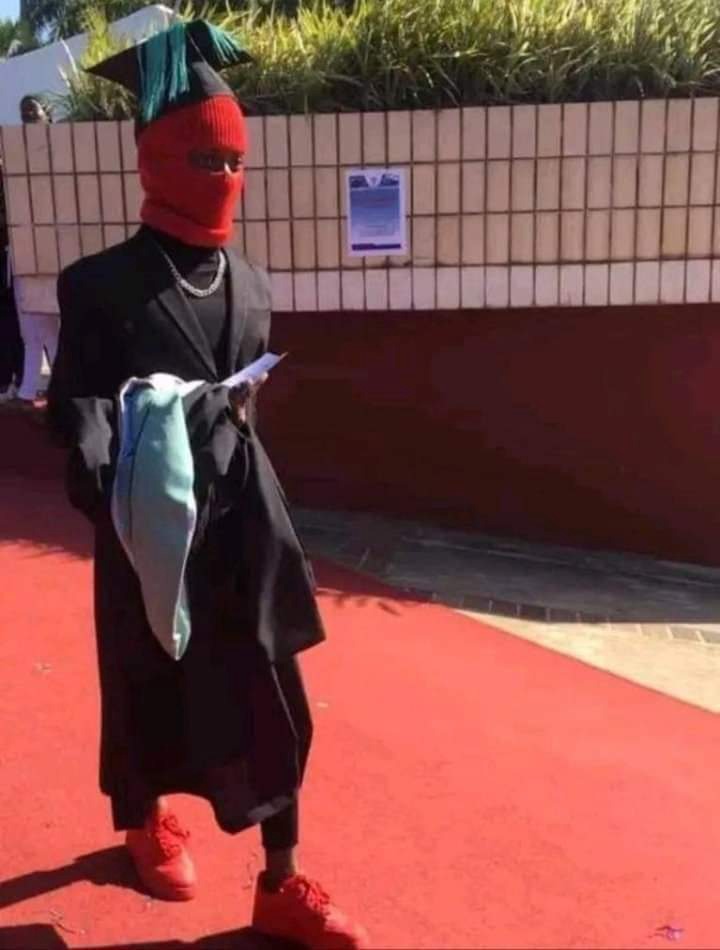 Mzansi has been wondering whether even his name wasn't disclosed as well when he was suppose to receive the accolade. Mzansi could not help but to have negative thoughts about this man. Mzansi has been wondering if is not a trigger of funny comeedian. We Mzansi haveunderstand that there might be someone who will try to bewitched him but one he got the certificate. Its not suprising why the boy may attend graduation wearing balaclava, people are very naughty out. We have recently seen zthembi from Dloz'lami helping a young after he borrowed one of his friends a book. People are curious to find out whether. Black people are now seemekuke they are promoting witchcraft because they don't want other kids to surpass them.