By Pencils_of_the_creator (self media writer) | 27 days ago

On Thursday, September 19th, a Molepolole Magistrates Court will decide the fate of a teacher accused of defiling and impregnating a 14-year-old Standard 7 girl. 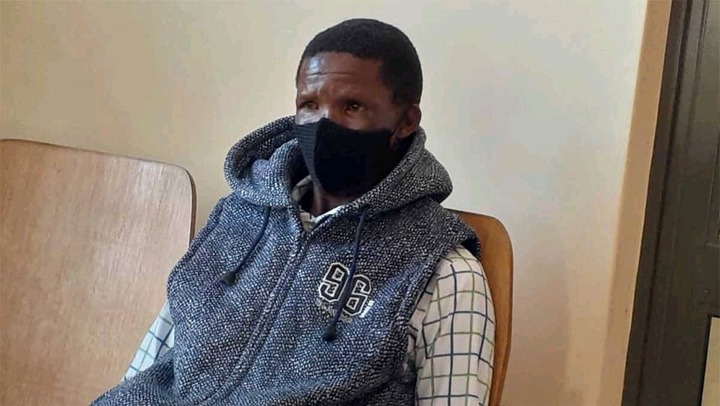 Letlhaetse Motshegare, 51, a Standard 3 teacher at Ditshegwane Primary School in the Kweneng District, appeared before Magistrate Kaveri Kapeko on Wednesday for the continuation of his trial.

Despite the overwhelming evidence against him, including positive paternity test results, the teacher who testified in court maintained his innocence, but the judge decided that he has a case to answer.

Motshegare said that on August 14, 2020, around 9 a.m., while sleeping, he was awakened by a youngster who informed him that he had visitors outside.

“I came across two police officers who asked me to accompany them to the victim's residence. They showed me some prints of shoes and inquired about the owner. I told them they were mine since I went to pass urine by the log,” Motshegare continued, adding that the victim's mother and his girlfriend had once had a quarrel.

“The victim's mother said to my girlfriend,'mafura an a jang o tla a tsholola, she'll spill the fat she's eating.' She went on to say that she was my brother's daughter and that I should look after her because she was my future wife. She suggested that while the daughter was still in school, I assist her in purchasing items for her. I realized the problem was getting out of hand, so I attempted to keep my distance from her,” Motshegare explained.

The teacher went on to say that the victim began bringing him food at his home, and that his partner became irritated by the uninvited gestures.

When the school was shuttered during the first national lockdown, he added, the victim went to Kanye before heading to Kotjwe, where she became pregnant.

The distraught 39-year-old mother, on the other hand, spoke about how her detective work led to Motshegare's arrest.

“I discovered some footprints outside my daughter's sleeping hut. He took off his shoes, leapt over the fence, and walked barefoot to the girl's residence, according to the evidence. He leaped the fence again as he left, put his shoes back on, and went back to his house. Then I contacted my neighbors, who confronted him,” the mother of six stated, adding that she suspected Motshegare since the shoe impressions matched the footwear he habitually wore.

She told the court that when questioned by the police after the incident was reported, Motshegare never disputed it was his footprints, instead claiming to have been visiting the student and assuring she was studying for the exam.

The mother also claimed to have apprehended Motshegare in 2019, after his partner reported seeing him enter the traditional hut where the girl sleeps.

“When we arrived, Motshegare was asleep at my daughter's feet. When I inquired why he was sleeping at the victim's place, he explained that he and his partner had a disagreement. I merely laughed it off since I treated Motshegare like a child,” the mother continued.

Motshegare also handed the victim a black Hisence cellphone to connect with him, according to the court.

The victim's smartphone and birth certificate were also presented as exhibits in court.

Form 1 is being completed by the young girl who is now the mother of an 8-month-old girl.

Meanwhile, the accused instructor, who is known in the community as "Chipo," has been suspended from employment since the case was filed in court.