Angry learner DID THIS TO A TEACHER WITH AXE 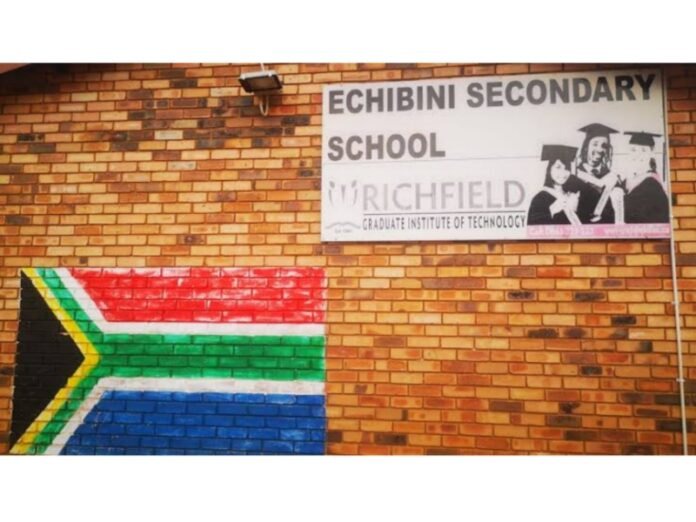 en a learner fought with his classmate and left the school to fetch a weapon, the teacher knew he would have to step in.

So he locked the gate to prevent the boy from re-entering the school and endangering the other learners.

But the angry teenager hacked through the school fence and this time went straight for the teacher.

In a shocking video, the learner is seen chasing after the teacher with an axe in his hand while his peers laugh and cheer him on.

The terrified teacher ran for cover into the staff room.

It happened in Chibini secondary school in Lady Frere, Eastern Cape, on Thursday.

“The one who started slapping his peer went home to fetch a dangerous weapon to continue the fight,” said Mtima.

He said police were called to intervene in the matter. The principal instructed the learner to go home and come back with a parent, which he failed to do.

“The principal, the school governing body, parent, and circuit manager will have a meeting to resolve the matter and a possible sanction by the South African Schools Act since the learner who endangered others could be expelled,” Mtima said.

Mtima confirmed that the learner was charged with vandalism, assault and being in possession of a dangerous weapon.