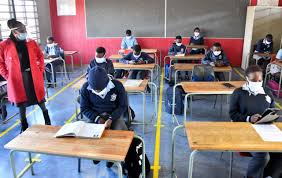 When the Minster of Education Mrs Angie Motshekga announced the 2021 Matric results , it emerged that Limpopo province achieved the lowest pass rate in comparison to the rest of the South African province . Following the 1.5% decline , there have been reported growing calls for the MEC Polly Boshielo to be fired . Some political parties and the Congress of South African Students are blaming the Education MEC for the 66.7% pass rate .The office of the Premier in Limpopo through the spokesperson was asked to react to the calls to fire the MEC .

Even though the Premier is reportedly not happy ,it was revealed that he would not venture into any emotional decisions .The Premier has reportedly called for what is called sensitive analysis. In this type of analysis , he should be able to determine what went wrong , who was to blame , and the way forward .There is also set to be an Indaba that will look into all the issues affecting the province .The Indaba will be held to come up will all the answers to the concerns that are ongoing .