Learner Who Killed Classmate, Then Himself, Had Been Showing Grandfather’s Gun To Friends

By ThenewsZA (self media writer) | 7 months ago 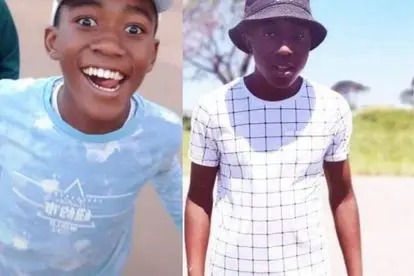 This week's horrific shooting, which took the lives of two Grade 10 students, was a harmless prank gone awry. There was no altercation.

The horrific shooting that claimed the lives of two Grade 10 students from Daveyton's Lesiba Secondary School last week was a prank gone bad.

THE TWO LEARNERS WERE BEST FRIENDS

After the tragic shooting, the families of the two students, Njabulo Ndhlebe and Zukiso Majola, both 16, have spoken out to clear the air.

When Ndhlebe was accidentally shot, the best friends were supposedly playing with a gun. Majola later turned the gun on himself in a state of shock and panic.

The boys had skipped out of school during the school holiday to hang out at home together on Wednesday, according to family spokesperson Sibusiso Nkabane.

THE LEARNERS HAD SNUCK OUT DURING SCHOOL BREAK

"Njabulo Ndhlebe and Zukiso Majola had snuck out of school during the school holiday to hang out at home with a third friend - who shall remain anonymous to safeguard his identity.

"When they came home, Majola showed his buddies his grandfather's revolver, which he had taken without his parents' knowledge during his December vacation. Majola had taken the gun in commemoration of his grandfather, who had passed away," Nkabane stated.

Majola got the unloaded handgun, loaded it, and began playing with it in an attempt to impress his companions. The gun unintentionally went off when Ndhlebe was playing with it, shooting him behind the ear.

THE GUN ACCIDENTALLY WENT OFF, SHOOTING NDHLEBE BEHIND HIS EAR

"The nameless third friend bolted for his house around the corner in horror, and Majola went after him, pleading with him to help." The gunfire and the lads fleeing drew the attention of the neighbors, so members of the Chief Albert Luthuli Park community came out to confront the teenagers," Nkabane added.

MAJOLA PANICKED AND SHOT HIMSELF IN THE HEAD

Majola, he said, then bolted back to his house.

"When he returned home, panicked and terrified, he shut the garage door and shot himself in the head with the same gun."

"As parents of two bereaved families, the death of our sons has left us extremely grieved and in agony. We appreciate all of the kind condolences received from the public and the Daveyton community at this difficult time. Since the killings, both families have attended countless meetings and prayer sessions, and will continue to do so until the bodies are buried," Nkabane stated.

THE BOYS DID NOT FIGHT EACH OTHER.

For a few years, Ndhlebe and Majola, as well as a third unknown guy, were classmates and best friends. The lads did not fight on the day, according to the families, and all three guys are good teenage males.

"The first death was an unfortunate accident, whereas the second death was brought on by dread and panic.

"We would like to clarify that we had a wonderful holiday season with Njabulo and his family, that the boys were extremely close, and that this was a sad tragedy," Nkabane added.

NDHLEBE AND MAJOLA KNEW EACH OTHER WELL.

He went on to say that the families would appreciate some privacy during this terrible time as they mourn their children's deaths.

Content created and supplied by: ThenewsZA (via Opera News )