Panyaza Lesufi to the rescue again 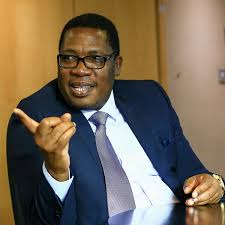 The Gauteng Education MEC Mr Panyaza Lesufi is reported to came to another rescue of black learners and parents of Cornwall Hill College who are alleged to have been victims of racism.

This is after the MEC promised them that they would nolonger be subject to racism and any mistreatment at the learning institution.

The MEC for Education in Gauteng Mr Panyaza Lesufi is reported to have made the remarks when he was addressing the parents and some learners who had gathered at the school protesting .

The gathering is reported to have been made as the parents as well as the learners were protesting against racism at Cornwall Hill College.

The parents were also reportedly protesting against the school's lack of commitment to transforming the leadership of Cornwall Hill College.

Mr Lesufi , who is the MEC for Education is reported to have expressed gratitude to the action that was taken by the parents when they realised that something was wrong.

He praised the parents for standing up against what was not right. The MEC is reported to have informed the parents that he had a meeting with the school leadership, and simply urged them to go back to the negotiation table where they should work towards creating an environment that has no racism. 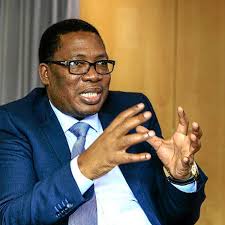 The Education MEC for the Gauteng Province went on and added that they did not want to revenge over what was happening back , but he wanted everyone to work as a unity.

The MEC reportedly went on and revealed that the school highlighted that there was no need to bring an extra arm of law or any extra power to enforce good relations between parents and the school management.

This as the school said it would work with the parents and find a lasting solution to the problems at hand.The MEC is reported to also have warned the school again being obsessed with the learners' hair .

He said that the obsession with learners' hair had to come to an end as everyone was human and deserved all the happiness.

The comments on hair are reported to have been made by Lesufi following some remarks that were reportedly made by a learner who narrated how she had been told that her hair was unkempt and that it was not the way that represented Cornwall Hill College.

Mr Lesufi is reported to have informed the school that it was not good for learners to enter the premises and be reminded of the past.