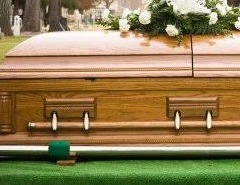 Equal Education has reportedly highlighted its devastation over the death of Avethandwa Nokhangela , and that they are not quiet about the issue.They reportedly added that they are still in contact with the family even though investigations are still ongoing.

After the tragic incident, the Equal Education is reported to have argued that the late learner had got into some sort of distress during the break sessions while she was swimming.

Hendrick Makaneta , who is an Education activist is reported to have made a call to the Parliament's portfolio committee on Basic Education to conduct an investigation that will determine if Equal Education is fit to work with the school children.

Makaneta reportedly highlighted that they were devastated over the death of Avethandwa who reportedly lost her life under the presence of Equal Education.

Makaneta is reported to have highlighted that an inquiry had to be made over the death of Avethandwa as well as holding Equal Education responsible for the tragedy.

Noncedo Madubedube , who is the Secretary General of Equal Education is reported to have said that their organisation was responding to all all the questions to different media houses regarding the tragic death of Avethandwa.

The organisation dismissed claims that they were quiet about the issue of Avethandwa. Makaneta however reportedly put the blame on Equal Education.

Makaneta reportedly revealed that when parents and guardians are not present, the responsibility of ensuring that learners are safe goes to the adults available, in this case Equal Education.

It is then that Makaneta reportedly highlighted that Equal Education failed to play that important role , leading to the tragedy .The spokesperson for the Department of Basic Education is reported to have had a say regarding the issue.

He is reported to have highlighted that the Department of Basic Education had many questions regarding the tragic death of Avethandwa, but Equal Education was not there to provide the answers.

Equal Education is reported to have added that their investigations had been delayed as a result of these memorial service as well as the funeral of Avethandwa.

" Tell me why my dad is wearing my mom's shoes." A lady got people talking after posting this photo.

"My granny flat." A woman posted on Facebook and had people talking.