A KZN Female Teacher Who Allegedly Threatened Students With A Gun If They Make Noise, Is In Trouble. 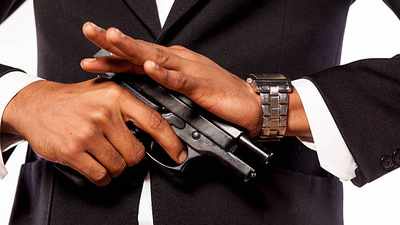 A TEACHER at Phambili High, Rossburgh, who allegedly threatened students with a gun if they made a noise is reported .

A FEMALE teacher at Phambili Secondary School in Rossburgh has been accused of pulling out a pistol and pointing it at students.

Parents of pupils at the school say they are tired of the teacher's bullying, even when her classmates are verbally abusive when they are around her. Some teachers are said to have fired at them once and for all.

According to a report in Solezwe on Saturday, Monday the school was disrupted when the parents of the students suddenly stormed in, demanding answers about the teacher.

It was alleged that the angry parents had stopped talking about the fact that they were tired of the teacher's behavior, which she allegedly did when she liked it.

On this day the parents allegedly knocked on the door for a long time waiting for the teacher to come and kick her out but she reportedly did not show up.

One parent, who asked not to be named for fear of his child's welfare, said the teacher had often been involved in wrongdoing but no decision had been made about her.

“We are tired of this teacher, we are now tired of having a teacher with a gun at school. Furthermore, have you ever heard of students being silenced by gunfire? We just stand by what we say, we don't want the teacher to leave and not tomorrow now, '' the parent said angrily.

Mr Surprise Makhethwa, chairperson of the school governing body, made the point that they no longer needed the teacher on the school premises. He said they were tired because she made it look like the school was in ruins.

"We cannot have a teacher who does anything on the school premises as we have our children who we have brought here who we want to see have a bright future," explained Makhethwa.

It turns out that her teacher was once fired but came back in a mysterious way.

KwaZulu-Natal education department spokesperson Sihle Mlotshwa said it was "surprising" that a teacher with a firearm was teaching. He said schools had a rule not to carry a weapon, let alone a firearm. He promised that the department would rush to the school to find out from the principal what had happened to the teacher.

2 SANDF soldiers and a taxi driver in a deadly love triangle. See what transpired

Scrap Yard Owner Among 4 Arrested After A Police Raid

Here is Man of ActionSociety, who made Bheki Cele lose his cool

'This Is What A Truck Driver Woke Up To In Modderfontein

If This Won't Make You Quit Alcohol, Then Nothing Will